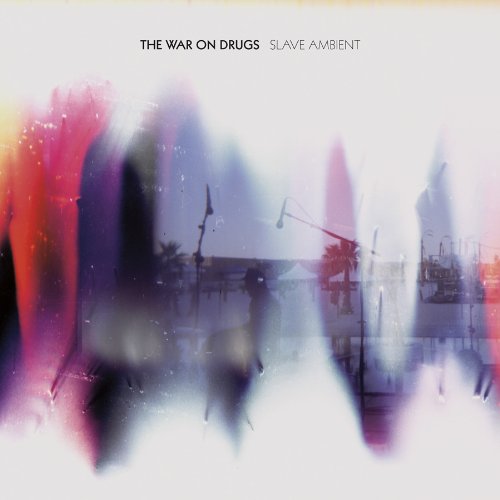 Allowing yourself to be hypnotised by music is one of life’s great pleasures and with Slave Ambient, the new album by Philadelphia’s The War On Drugs, going under is an absolute pleasure. With every listen, you find yourself getting more and more lost in its inordinate pleasures that reveal themselves gradually . A feast of 70s AM rock, psychedelia, 90s alt-country and more than a nod to Tom Petty, Neil Young and Bob Dylan are as apparent as they were in Wagonwheel Blues. But what sets The War On Drugs apart is a relentless drive to create endless musical structures and carefully crafted appendages that transport you away to a place that is forever restless, forever moving but in the same sense, time stands still. A record of propulsion, yet blissful inertia.

Like former band member Kurt Vile’s brilliant album earlier this year, Jason Granduciel, has produced an album for the ages that confounds time and space but respects both in spades – a difficult thing to achieve musically at the best of times. It’s almost as if a stream of consciousness has been wrapped up in a meticulously constructed vortex, at once earthy but almost space like in feel. Combined with the familiar guitar, bass and drums are futuristic electronic flourishes that set Slave Ambient apart from where its criticism may stem from, that is that is a ‘slave’ to its influences. Under the surface though, nothing could be further from the truth.

And that therein lies the tale of this album. The subtleties are its major strength and a signature of Granduciel’s song craft. While rhythms are relentless and repetitive for effect, riding right alongside are, on first listen barely discernable chords, hooks, licks, beats and loops. These may escape you on first listen, but repeated listens will draw awareness to their majesty and that’s where the hypnotic aura kicks in. This album has been four years in the making and it shows in its diversity and development.

Highlights include the hook laden ‘Brothers’ where Granduciel’s laconic Dylan like vocals work to full effect amongst the incredibly catchy and familiar pop like chord structures. ‘I Was There’ is a exquisitely paced and classic take on laid back 70s rock that literally does take you back there. Hypnotic rhythms abound both in traditional and an electronic sense on ‘You’re Calling My Name’ as a single guitar chord creates a sense of galactic proportions. ‘Come To The City’ ebbs and flows and drifts along handsomely while ‘It’s Your Destiny’ is almost liquid in its essence where a straight four four beat is almost literally dragged along by the carefully layered instrumentation. Closer ‘Blackwater’ is dominated by Granduciel’s gritty vocals which are layed over the top of a slow and disciplined rhythm which suitably ends the intricate and delicately poised record in the perfect way.

On first listen, there is little that seems remarkable about Slave Ambient. It can appear a little unimaginative and repetitive. But as with all good music, it rewards time and renders those initial feelings foolish in the extreme. The most significant thing about the’rewards time’ statement is that the time spent is not even noticed. Each song just seamlessly ends up being part of you without you having to put in any effort at all. There are many bands around that do Americana, the road trip, the linear drive, that classic sound but none do it with as many forks in the road and subtle twists and turns as The War On Drugs.

The War On Drugs (USA)