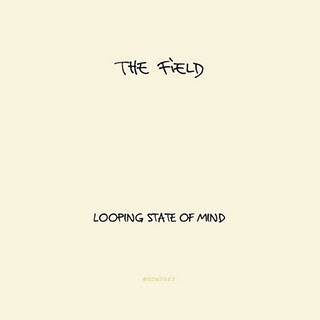 Axel Willner is the man behind the music that is The Field, and the Swede has just released his third album, a somewhat different take on previous work and a step forward for this renowned musician. The tracks here have a freshness and vitality which is infectious as hell and so very easy to listen to. One listen is not enough, it’s virtually guaranteed not to leave your music device for a good while as the seven tracks grow even more beautiful in real time.

The journey has been a swift one for Willner who was signed up to Kompakt, a German Indie label, after giving them a demo tape in 2005. Within two years he was remixing Thom Yorke, and had an album under his belt. Fast forward to the end of this year which sees The Field invited to participate in the acclaimed All Tomorrow’s Parties festival in Minehead, England. Curated by Battles, Les Savy Fav and Caribou, and re-dubbed ATP The Nightmare Before Christmas festival, Willner will be playing alongside the likes of Four Tet, Toro Y Moi, Holy Fuck, No Age, Junior Boys, Flying Lotus and Gary Numan.

So many bedroom producers are able to get their work out in the world at the click of a mouse, and many are fly-by-night, making only fleeting appearances on the indie radar. The Field has thankfully lasted the distance already, and built upon the strength of his releases one by one. From Here We Go Sublime was a standout of 2007, relished in equal parts either listening on headphones or working up a sweat in a club, he advanced on this two years later with Yesterday And Today, an altogether more fluid release featuring Battles drummer John Stainer on its title track. Which brings us to this third outing, keeping with the every-two-years release, Looping State Of Mind.

The LP opener ‘Is This Power’, introduces the seven track play-list nicely. The synths layered but simple, building up momentum as the track progresses, with it all dropping away through a trap-door at four and a half minutes, leaving the bass twang exposed and the drum machine shuffling behind. ‘It’s Up There’ is impossible, like all of these tracks actually, to listen to without moving something on your person, tapping a pen, foot, a bit of head-bobbing, it’s hypnotic at times and perfect gym music. ‘Burned Out’ is one of the shortest tracks, coming in at just over seven minutes has a bit more going on that the previous two, with a minimal bass line joined by high hat loops and a pure lushness that radiates light. The sampled garbled vocals enter the fray around halfway through and are used sparingly throughout. It’s blissful and a standout on the LP.

‘Arpreggiated Love’ is just short of eleven minutes, but like all these tracks they never labour on or get boring. The ambient atmosphere that shows the masterful control with which Willner manipulates the loops and samples. The title of the album and the next track is a perfect fit. ‘Looping State of Mind’ has another slow build but gets faster than most of the others, although the gears shift up and down throughout the track. ‘Then It’s White’, with its brooding piano, and mournful vocals is a big shift down in energy, and is nicely placed at the back of the track list. It is beautiful, evocative, and very cinematic. ‘Sweet Slow Baby’ closes the show here, and is dense with layers of carefully constructed loops and synths, in a somewhat industrial sounding track. The placings of the seven tracks are important and well thought out. His use of restraint is another factor that makes this LP so powerful and consuming.

I was in city traffic while listening to this album in my car the other day, and for a moment, as I sat there watching the trams rattle by, the work-day commuters making their way across the street, and the general buzz of modern city modern life, I had a ‘Baraka’ moment as it all seemed to snap into place synchronising perfectly with what I was hearing. It continued for a while until the traffic light turned green and reality descended back upon me. This LP is like a soundtrack to whatever you want, enhancing it and adding a layer of gloss over the top. Even if it’s just for a short while, it’s a welcome addition.

From the album, ‘Looping State Of Mind’, Kompakt

From The album, ‘Looping State Of Mind’, Kompakt