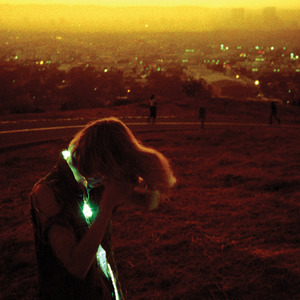 Era Extraña, the second release from the Alan Palomo led Neon Indian marks a definite growth in said leaders musical trajectory. Where as the first release, the EP come album Psychic Chasms was full of light psychedelic pastiche and chillwave undertones, Era Extraña is a more disciplined and contained affair despite still being full of lighter moments that contain some killer musical and vocal hooks and covert disco tendencies. There must of been a great deal of pressure on Palomo’s shoulders to deliver a longer version of Psychic Chasms full of the same quirky tongue in cheek attitude but its clear from the first few moments of second single ‘Polish Girl’, of a determination to go in a different more expansive direction and unleash some straight, raw yet directed emotion.

Taking the gestation period off to Helsinki has proven to be a masterstroke as the four weeks in the middle of depths of the Finnish capital’s winter have resulted in a harder and darker edge musically and lyrically. Artistry and thinking tend to combine well together as two of the great Northern European pastimes above the latitudes of 55 degrees in the midst of their winter. Palomo has suggested that he wanted to ensure on this album in both cases that he, unlike on Pyschic Chasms didn’t use any ‘pre-existing’ material and certainly while his influences are there, they are not as immediate as one may think. They are circular and swirling, cerebral rather than overtly linear and obvious. In an interview with Pitchfork earlier this month, Palomo stated that he ascribes to the quote by film director Jim Jarmusch that its not where you get it from, its where you take it and Neon Indian as a project certainly takes familiar sounds in not necessarily readily identifiable places.

What’s also clear from Era Extraña is Palomo’s penchant for mixing music’s abrasive qualities with the most sugar coated pop moments you could imagine. Witness, ‘The Blindside Kiss’ which has Psychocandy era Jesus and Mary Chain and My Bloody Valentine written all over it. But the skill is to combine that with a light, breezy pop chorus that sees Palomo’s breathy vocals take centre stage. ‘Hex Girlfriend’ sports a edgy driving undercarriage nuanced with signature Pyschic Chasms styled blips and bleeps and sports an almost Flaming Lips type pyschedelic sheen. First single ‘Fallout’ muscles its way into the album at the half way point with a stomping slow beat that dominates proceedings as a mini-wall of synths coalesce around lyrical melancholy.

The second half of the album sports the optimistically sounding title track despite its dark synth undertones and the M83 inspired ‘Halogen (I Could Be A Shadow)’ as well as the off-kilter ‘Future Sick’. The album is rounded off with the upbeat Arcade Blues, where Palomo suggests that weening ourselves off the addictive essence of modern technology and ‘find something else to do’ is possible. While not as hook heavy and immediate as the albums first half, the tracks that round off the record do have much meat on the bones.

There is more than meets the eye, ear and grey matter on Era Extraña. Despite his young age of 23, Palomo has clearly thought about the point of making music, there’s no stream of conciousness going on here from beginning to end. Indeed the first few thoughts during the writing process had him almost obsessing about why he was even doing it – a winter in Helsinki for a young person from the sun-drenched Texan suburbia of Denton can have that affect. But he soon threw caution to the wind. There is a sense of nihlistic enjoyment that comes from throwing musical things around, seeing where they land and then picking them up with real method and piecing them together in an inventive and affecting way. Era Extraña is a perfect example of what the end product can sound like when real risk is combined with real purpose.