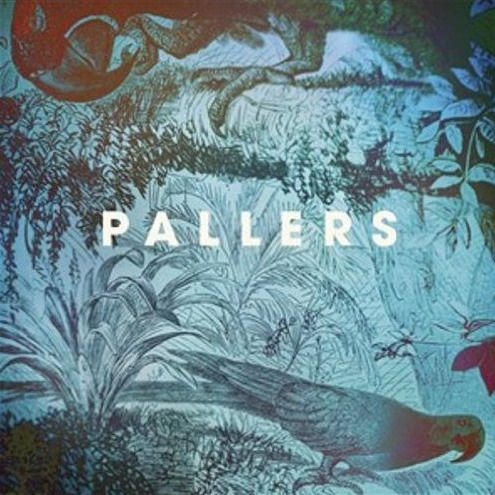 In this modern world where music is often churned out at breakneck speed with deadlines to meet and labels to please, it’s refreshing to hear the results of an album whose protagonists took all the time they needed to write, record and mix the end product so it was right for them. Mind you, it does help when one of you owns the record label that will release the album. So it is with the debut album from Pallers, the three years in the making, collaborative electronic pop project of prolific Labrador Records founder/owner and member of Club 8 and Acid House Kings Johan Angergård and long time friend and collaborator, musician and photographer Henrik Mårtensson. The meticulous nature of the tracks presented on The Sea Of Memories indicates that both artists were determined to produce something that was deep artistically and emotionally. For Angergård in particular, it seems clear that Pallers deliberately strides in a different direction to his other lighter musical projects and for Mårtensson, it seems he is putting down a musical imprint that represents the blurred lines and shades of light and dark present in his photography.

While there are influences a plenty on The Sea Of Memories, from blissed out new wave and dream pop spanning three decades and more, ambient music, post-rock and krautrock in its metronomic sense as well as a whiff of eurodisco, as a package nothing quite sounds like this. Yes, one can spot a lift here and a pseudo-sample there, but in terms of approach, production and sound, there is something truly original afoot. It’s the collaboration between the musical soundscapes and rhythmic discipline that assists in giving the record that ‘third dimension Angergård often speaks of.

Assisting in that process is the fact its gestation involved time and extensive travel. There’s a unrushed portability to the record’s sound and influences and is probably representative of the three years and dozen or so places both have been to over the last couple of years, South Africa, Spain, the U.S (Miami) and at various places at home in Sweden to name a few. In fact, the attention to detail contained in the final mix rounds off and focuses the duo’s penchant for timelessness and restlessness represented through hypnotic, emotivel and melancholic dispositions.

The first two tracks are indicative of the intense power, yet clever restraint that Pallers is able to unleash. ‘Another Heaven’ almost starts off as a tribute to Kraftwerk’s Trans-Europe Express before heading off down an emotional vortex in directions completely unexpected. The circular synths and constant beat sit abrasively yet perfectly along side each other as delicate vocals assist with the slow creation of mood. That circular sound gets stronger and stronger and melds itself to the beat to create a full conclusion. One of the album’s standouts is undoubtedly, ‘Humdrum’, which begins with a singular tribal beat before delightfully powerful synths increasingly take over with again the vocals sitting emotionally, yet disaffectingly underneath. As the percussion opens things up, its clear we’ve got quite a track on our hands. It builds and builds with vocals becoming stronger and more present before heading into a spacey hook laden outro that’s the most danceable thing that Pallers have done.

Second single, the pop oriented ‘Come Rain, Come Sunshine’ was a perfect teaser for what the album would end up being like. Once again the construction is meticulous with layer upon layer been carefully built in complete harmony with its predecessor. It finishes with the a pop flourish and a simple synth line that positively sparkles. The duality of vocals here works a treat as well. ‘Years Go, Days Pass’ begins in a rather dark place as spacey synths accompany evocative vocals before widening out into a panoramic vision of mystery and otherworldliness. ‘The Kiss’ we first heard some eighteen months ago has lost none of its emotional lustre, as its synth laden orchestration positively shines around uncertain lyrical gems like ‘if it wasn’t a kiss, then I don’t know what it is’ and ‘get out, go away now’ on repeat as arpeggio synths and guitar progressions usher the song on its way.

‘Wired’ takes things down a notch with its dark yet hopeful beginning and consistent mood throughout. It’s wistful lyrics pine to recreate memory, good and bad, which is a recurring album theme, ‘We caught a glance, once before, when we were younger’. The album takes a surprising but welcome turn on the eurodisco influenced ‘Wicked’ featuring the vocals of Elise from obscure 90s disco outfit Zodiac – a perfect match and change up for the album. Closing track is the pensive and brooding ballad ‘Nights’, which despite its melancholy at times sparkles and leaves a lasting impression that there is close proximity between light and dark, a slight gap between joy and the morose, just what Angergård and Mårtensson were aiming for. Life is complex.

It’s abundantly clear that Angergård and Mårtensson worked hard to create an album that gives the impression on the surface that the process was effortless, such is the smooth ambience and trajectory of each track and the tireless attention to detail in the mixing process. That’s not to say they don’t spin off in directions that are unexpected, it’s just that the progressions are seamless and if they didn’t seem natural at first, they quickly develop into such. Time and space are all over these songs allowing them simultaneously to breathe and become living organisms but at the same time the duo keep then taut and disciplined, never allowing them to escape the net of pop sensibility. Perhaps that is evidence of Angergård’s third dimension he speaks of. Never backward in coming forward, it’s no wonder the prolific Swede was overtly pleased with the final product. He has every right to be.

From the album, ‘The Sea Of Memories’, Labrador.