RECORD REVIEW: AND SO I WATCH YOU FROM AFAR – GANGS

RECORD REVIEW: AND SO I WATCH YOU FROM AFAR – GANGS 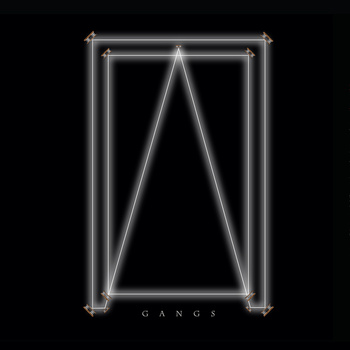 Originally released in Ireland and Europe earlier this year, Gangs, the second release from the honest, hard working Northern Irish post rock band And So I Watch You From Afar recently received a much deserved North American gong through Sargent House taking the then quartet’s music to a much wider audience. Following up their heavy sounding self titled debut with an equally muscular album, albeit with more melodic sensibility, the individual virtuosity from the band is well and truly on display here as Roy Friers and the now departed Tony Wright throw out inventive twin guitar attacks ably assisted by a tight as a drum rhythm section of Johnathon Adger (bass) and Chris Wee (drums). None of the eight tracks rest on their laurels at any time as the arrangements are just as meticulous as the technical aspects of their music. Gangs marks a departure of sorts sonically and personnel wise for the band and is the last album with founding guitarist Tony Wright who recently left just before their just completed marathon tour of Europe. The fact that the band completed that tour and were as impressive as ever with touring guitarist Niall Kennedy (ex Panama Kings), if their Berlin show was any indication, not missing a beat, suggests that despite Wright’s decision And So I Watch You From Afar will continue to go from strength to strength.

There is a real organic feel to And So I Watch You From Afar, a band that has either written, recorded and toured virtually incessantly since their inception in 2006, a possible reason why Wright left. The band had spent, apart from the odd few days here and there in each other’s pockets, practising, refining and mastering their approach and sound. Throughout it all, a DIY aethestic has ensued more out of necessity than choice. It has meant that the band has done it tough in many ways, often organising their own gigs and doing their own promotion. The lack of a team of middle men has meant that the band are much closer to their loyal fan base than most and actually enjoy interacting with them as evidenced by their social media activities. Check out their exhaustive facebook updates here. But it wasn’t all smooth sailing during the gestation period for Gangs. The band had written 25 tracks which they intended to whittle down to 10 but after much conjecture decided to scrap the entire set. The ensuing few weeks saw this collection of tracks written at frenetic pace and rather than giving off the impression of things being rushed, the eight tracks are impressively focused and taut. Despite the difficulties, the strength of relationships in general comes through loud and clear on Gangs as the band constantly push the limits of their own abilities, pulling it off every time and for their fans leave nothing in the proverbial locker room – starting the writing process from scratch says so much about what they are willing to do to put out music they are comfortable with.

Intentions are set immediately with military like stealth of ‘BEAUTIFULUNIVERSEMASTERCHAMPION’, a tune as big as its name looks and sounds as bass and drums chug away underneath alongside an off-kilter yet disciplined duel guitar riff. ‘Gang (starting never stopping)’ starts of at a frenetic pace and is probably the fastest thing the band have ever done. It contains a fat riff in its mid section that focuses the song and takes things back a notch. ‘Search:Party:Animal’ starts in gritty fashion with a spacey like leading riff underpinned by circular rhythms before a foreboding bassline precedes a explosive cacophony of sound. There’s little doubt that metal features heavily as an influence in the bands DNA and unlike other post rock bands where the creation of atmosphere is the main drive, AIWYFA rely more on riffs and melody. That’s not to say they don’t create atmospherics in their music as ‘7 Billion People All Alive At Once’ attests, an almost anthem like track with shout out vocals written in the bands early years. ‘Think:Breathe:Destroy’ rests on a twin guitar off riff before descending into an apoclayptic frenzy. Probably the most impressive track on the record is the two part ‘Homes – Go Parlour KA-6 To…’ and Homes – Samara To Belfast’. The first part of the track starts off with a slow melodic bent with an almost calypso pop like beat which is further evidence of the band’s willingness to explore new horizons. The second half delves into prog-rock stylings at times and consists of a mixture of lush sonic soundscapes and angular riffs which combine beauty in its most quiet moments with a harsh edge in its loudest. The tracks outro is the best thing the band has done and even contains a slight nod to electronic music.

Sure, there’s little doubt that ASIWYFA’s sound is not new. Familiar elements that have been incorporated by Mogwai, Boris, Russian Circles, Explosions In The Sky, This Will Destroy You, the list goes on, can be found here. But what sets this band apart is its absolutely genuine approach to all aspects of its work, including the musically indirect, and its willingness to step out of traditional post rock forms. From composition, technical detail and constant personal contact with its fan base, there is an acute honesty in what they do that is demonstrable in every note, every beat on both Gangs and their other releases. Gangs for its part puts forward a more cohesive blueprint where every riff, every melody fits together as a whole. This is all the more impressive as the band has a tendency to try and weave in a number of different rock genres from progressive and math rock, obvious nods to metal as well as some post hardcore elements. ASIWYFA’s trajectory from here is hard to predict given their current circumstances but there’s little doubt in Gangs that they have more than whetted the appetite of old and new fans alike that will be hanging for what comes next from the hard working trio.

And So I Watch You From Afar (NIR)

Live at Start Together Studios, Belfast for Bandwidth Sessions