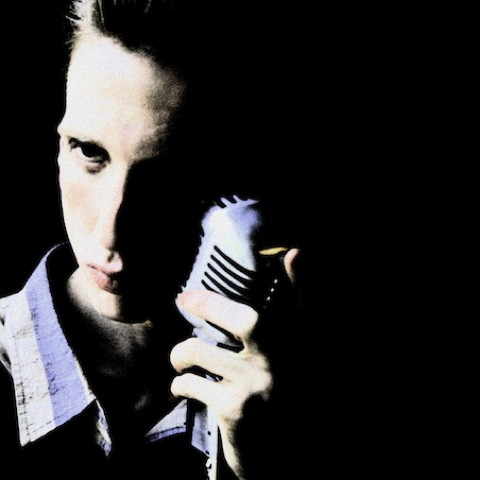 You often come across people that choose to be stuck in music timewarps, adhering to a genre or a band like its been superglued to their conciousness and who complain that there’s nothing around in music at present that rivals that particular ‘classic’ era or a particular genre or band that they themselves choose to remain glued to. It’s always amazed me that one can actually choose to remain that musically static. The only possible reason I can think of is sheer laziness or lack of music nous, leading to debilitating inertia; an acute unwillingness and discomfort with committing to anything new – and sadly that often extends to life in general. Essentially then as a matter of course, they will miss or misunderstand the music of the enigmatic and confounding Bradford Cox, aka Atlas Sound, arguably one of the most important songwriters and musicians of the 21st century thus far.

Laziness nor inertia is not something though that can be attributed to the prolific Deerhunter frontman who just can’t stop writing quality music, as evidenced by the release of last year’s four volumes of demos, the Bedroom Databanks 1-4, all written during the 2010 calendar year. Now we have Parallax, his third solo album and without doubt his most cohesive. The continued development of Cox’s vast songwriting abilityis clear for all to hear on Parallax, an album that continues to incorporate and imbibe a number of influences and approaches and at the same time manages to significantly distance itself from his previous solo releases or his band’s significant output.

The important elements that make Cox the great artist that he is are distinctly important to the quality of his music. There is a real honesty to what he does coupled with a modesty that was rare to find decades ago. If fame of any sort comes knocking, you can guarantee that Cox will run the proverbial mile from it. It’s clear he continues to write music for himself, the reason that Atlas Sound exists at all. While there were elements of accessibility on Let The Blind Lead Those Who Can See But Cannot Feel and Logos, Parallax is without doubt the most accessible of the three in its total form, with its overwhelming nod to pop and rock. There is less reliance on ambient electronic and studio effects and more adherance to traditional instrumentation indicating that Cox is more comfortable and confident in his own abilities, something he has always struggled to come to terms with for different reasons. Vocally, he has never sounded better and there’s even hints of a crooner tendency. That he alone lays himself bare and stands squarely front and centre, as intimated on the album’s front cover, means that Parallax is not only his most accessible work but also, as a solo artist, undoubtedly his best.

Cox gets the ball rolling with the one-two pop/rock punch of ‘The Shakes’ and ‘Amplifiers’, two tautly catchy tracks that run under three minutes, indications that Cox is not here to mess around. That he gets straight to the point while remaining intensely organic in structure and essence, sets the scene perfectly for the looped guitar driven ‘Te Amo’, one of the album’s standouts. Here Cox’s mastery of dreamy pop comes to the fore where the detached lyrics match the slumberous nature of the music. The brief title track starts off with an innocuous keyboard hook that subtlely draws you in as Cox draws the conclusion that the gap between a helper and his helpee in the end ‘is probably equal’. The languid nature of the aptly titled ‘Modern Aquatic Lovesongs’ has been a style that Cox has drawn on many times over the journey. The reason the slow burner works so well here is the employment of the lounge type beat. The undeniably most accessible track is ‘Mona Lisa’, the most pop laden and straightforward on the record. Cox veers close to Deerhunter territory in its middle section but then his solo sensibilities return and the track returns to its beginning.

The use of harmonica draws the sounds of Americana into ‘Praying Man’, seemingly a critique on an unthinking adherance to deity and forgiveness – the music of the ‘god-fearing nation’ and the lyrical brevity of the subject matter go together perfectly but is never overstated. That’s one of the impressive things about Bradford Cox, nothing he does ever looms larger than it should, an example of the aforementioned modesty. He always has something to say but he isn’t going to preach to you. He has high expectations of and values and respects the intelligence of his audience far too much for that. ‘Doldrums’ is an understated piece of genius, with its looped electronics and underscored piano complementing delicately expelled spectral like vocals creating a parallel universe type of sound. ‘My Angel Is Broken’ rests on a familiar pop driven guitar riff and is probably the best example of Cox’s willingess to put his vocals to the fore. ‘Terra Incognita’ is filled with some of the most direct and heartfelt lyrical content to appear on an Atlas Sound record. As indicative of Cox’s difficulty with traditional commital type relationships, the line ‘I know a place called love, no-one bothered me there, no, I was all alone’ is telling. However, there’s also a yearning contained elsewhere, ‘I want to begin’. ‘Flagstaff’ serves as a timely reminder of the looped electronic roots associated mostly with the first Atlas Sound album while closing track ‘Lightworks’ sits perfectly juxtaposed against that, perhaps pointing the way to a less introspective future.

Parallax is further evidence of Cox’s growing importance to music today. Musically and vocally he has never been as forthright as this in his solo skin. However, lyrically Cox is still as cryptic as ever, leaving the listener to deciphre meanings. Who would of thought Parallax had nods to science fiction, encouraged by the late Broadcast frontwoman Trish Keenan. You certainly wouldn’t know from the song titles and would even struggle to determine same from the content of them. That’s part of his sub-conscious approach to songwriting, an approach that develops organically and naturally. It means that he is unlikely to make a pre-meditated, calculated record anytime soon so that immediacy in a cerebral sense is likely to further develop; what it develops into is anyone’s guess. What is certain however is that watching Cox’s continual growth as a songwriter will be yet another of life’s modern day musical pleasures to look forward to.