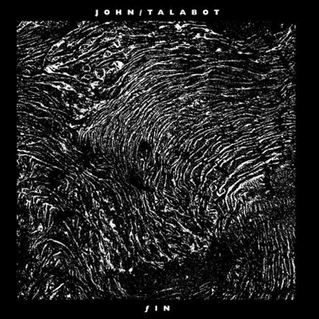 Since appearing on the electro scene back in 2009 with the insanely danceable eight minute club classic ‘Sunshine’, John Talabot had people taking notice. He has refined and developed his craft over the following years with the EPs My Old School, Matilda’s Dream, and Families bringing us to his latest and greatest effort to date; the full length album fIN. The eleven tracks found here have the foundations firmly cemented in house while sitting squarely in this new age of electro rejuvenation.

His remixes for The XX, Teengirl Fantasy, Glasser and Delorean have steered punters in his direction to find a treasure of tracks. And the opening track on fIN  does not disappoint. ‘Depak Ine’ sucks you in with its forward momentum getting the ball rolling for what lies in store over the remaining fifty one minutes. The luscious ‘Destiny’ follows, and features fellow Spaniard Pional in the first of his two collaborations on this LP. His honeyed vocals adding another dimension over this track with gorgeous peaks and troughs throughout. ‘El Oeste'(Spanish for ‘west’ or ‘western’) is subdued and tranquil as anything Talabot has done, finishing off sounding like a machine having its power cable yanked out.

‘Oro Y Sangre’ builds the vibe up somewhat with synths taking over and eerie scream sounds lurking in the background. ‘Journeys’ featuring Ehki Lopetegi of Delorean is a highlight, as it saunters along with a beautiful mixture of layering and an intro that sounds like it is floating over the balmy night air from a beach party in the distance. The lush sounds give way to synths and percussion, with Ehki’s far away vocals sitting in harmony with the tracks’ production. ‘Last Land’ is simple and effective in construction with vocal samples and synths showcasing how Talabot has complete mastery over this album. It all drops away just over halfway through the track before kicking back up for an energetic and euphoric finish.

‘When the Past Was Present’ is blissful from the start, poppy and soulful, elements of Italia House are in there, with vocals pushed back in the mix. It’s one of the most upbeat tracks found on fIN  and has happy, smiling faces written all over it. This is a track that belongs in a club. ‘So Will Be Now’ brings back Pional on vocals in a brilliant album closer. This track is another full of layers and its restraint is what makes it a standout. Like the track before it, it has moments of 90s dance sounds happily bouncing away in the background, but never in a way that takes away from the contemporary nature and feel of it.

John Talabot has proven with fIN  he has the recipe to mix together sounds, samples, and a huge array of voices to create tracks that come out the right way each time, never over or under cooked. The future is bright for electro and with people like Talabot around, it is in good hands.

So Will Be Now feat. Pional

From the album, ‘fIN‘, Permanent Vacation