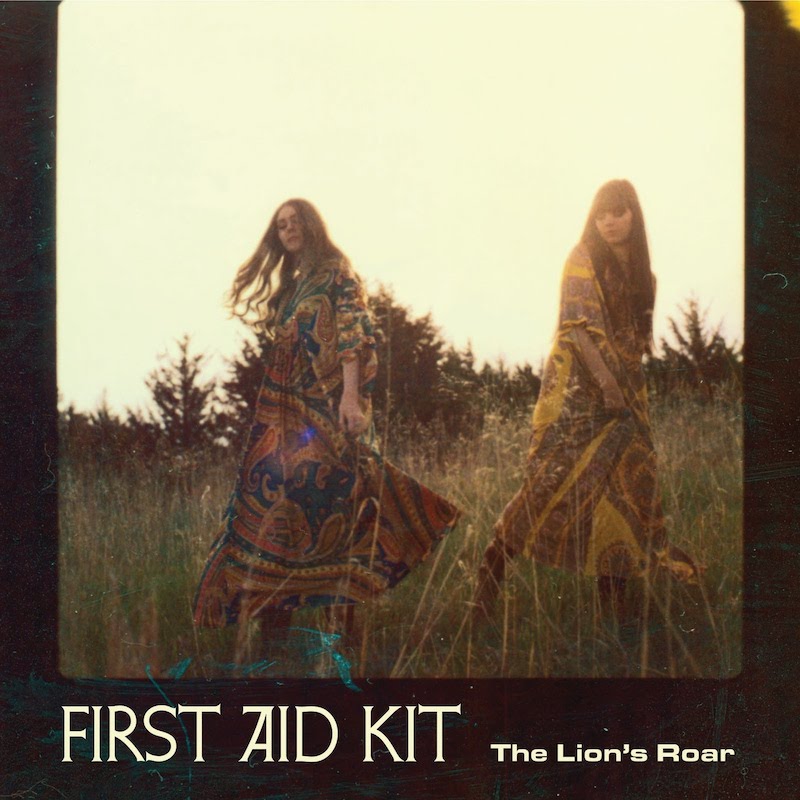 RECORD REVIEW: FIRST AID KIT – THE LION’S ROAR
Klara and Johanna are the sisters Soderberg, from the southern suburb of Enskede, Stockholm. The amazing story arcing from composing a song as teenagers for a demo tape in 2007, to playing stages around the world in 2012, is an example of how amazing the Internet can be. As First Aid Kit, their true and beautiful talent began having people take notice with the posting of their Youtube clip, a cover of ‘Tiger Mountain Peasant Song’. This three minute gift to the Fleet Foxes from the sisters, then 15 and 18 years old, is an incredible thing to see and hear. Those harmonies seem impossible to come from anyone so young, but the talent is clearly there and it’s little wonder they had a contract with Rabid Records partly owned by fellow Swedes The Knife, just twelve months later. Their first release, the EP Drunken Trees was re-released a year later by London’s Wichita Records, and their star was well on the rise. The Big Black & The Blue debuted as their first album two years ago and the girls’ played a massive world tour taking in around 100 shows.

The Lion’s Roar is their latest offering, and the harmonies have never sounded better. Mike Mogis, of Bright Eyes has produced, and the result is a gorgeous, richly instrumented jewel of a listen. Title track, ‘The Lion’s Roar’ begins the LP and the Americana sounding Swedish sung vocals launch skyward, “Now the pale mornings of forgotten things, She plays a tune for those who wish to overlook, The fact that they have been blindly deceived, By those who preach and pray and teach, But she falls short and the night explodes in laughter”. ‘Emmylou’ follows and sounds deeply rooted in old time America, it’s joyous and powers along, an ode to country music legends Emmylou Harris, Gram Parsons and Johnny Cash. I’m not asking much of you, Just sing a little darlin’, Sing with me” goes the chorus, pure country pop, and pure bliss to behold. ‘Blue’ is triumphant with its cruising bass-line and glittering glockenspiel and tight production, while ‘To A Poet’ is more stripped back, a bare and spartan track sandwiched amongst the denser songs either side.

‘Dance to Another Tune’ is breezy and folky, followed by ‘New Years Eve’ a more rollicking track which is perhaps a tribute to Joni Mitchell. If First Aid Kit haven’t won you over (especially if you’re not a fan, or are slightly afraid of ,’country infused’ music), the last track ‘King Of The World’ can only change all that. The whole album has an uptempo, positive energy around it, and it all seems to come together harmoniously on this final track. Conor Oberst makes a grand appearance in this raucous shindig of a track. “I’m nobodies baby, I’m everybody’s girl, I’m the queen of nothing, I’m the king of the world”, it’s a perfect way to round off Lion’s Roar.

As the girls sing on ‘Emmylou’, “I’m not asking much of you, Just sing a little darlin’, Sing with me” this album is not ultra-reflective, existential or rocket science. It just wants you to sit back and enjoy the hayride. And it’s one well worth taking.