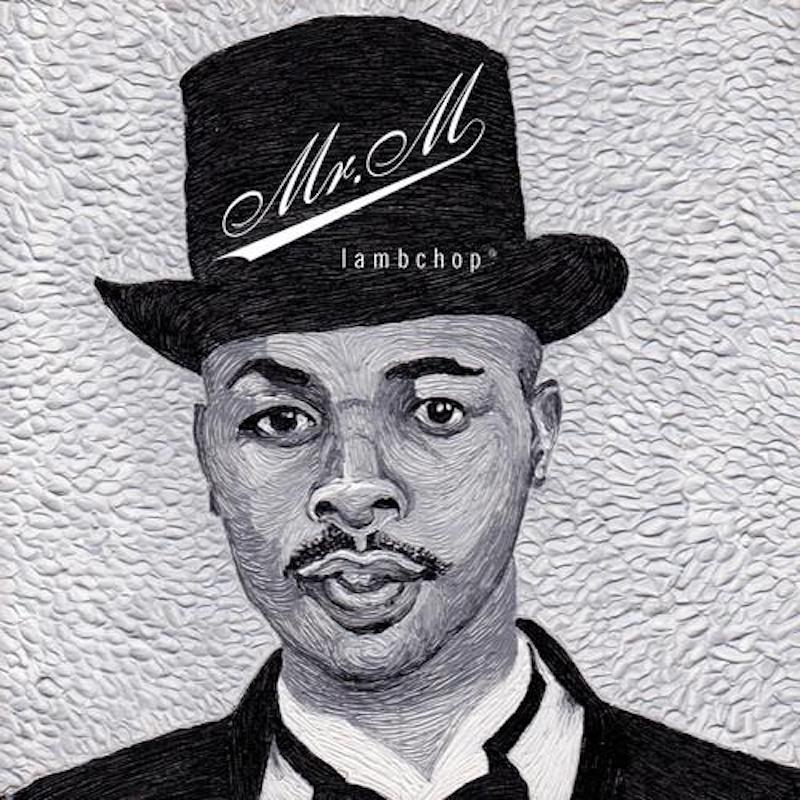 RECORD REVIEW: LAMBCHOP – MR. M
There is a remarkable consistency that characterises independent music artists like Kurt Wagner, ever present head of the ever changing Nashville collective Lambchop. That consistency exists alongside of and perhaps because of their modesty and Wagner exudes that special quality in spades. Reclusive and squarely rooted in the real world, the down to earth disposition that comes across clearly in his work spanning over 20 years, stems from the fact that Wagner, like many have to in the United States, combined years of manual labour to fund his passion for art, especially painting. This is coupled with the fact that music, while dabbled in, was never in the sights as his main creative outlet and it is the organic way that Lambchop transpired and has grown since that gives its fare its unique vitality.

Mr M. , Lambchop’s eleventh studio album builds on that vitality and is again indicative of Wagner’s penchant for looking to the future rather than cashing in on the past, not that cash has ever featured large in Wagner’s life. His preference of always looking forward with his music and playing by his own rules was in evidence twelve years ago when headlining a show at London’s Festival Hall. The band ignored the album they were touring, the modestly popular Nixon and played their forthcoming follow up, Is A Woman to a veritable shitstorm from promoters. Wagner’s response, ‘If I was a fan I’d love to hear what they’re doing now – I’ve got the record (Nixon), I know what it sounds like. I wanna see what’s next!

While the new album has a eye on the present and the future, it does contain a poignant look at the past in a tributary sense. It centres around a tribute to the life of the late Vic Chesnutt, who took his life on Christmas Day 2009. Despite the difficulties Chesnutt experienced for over 20 years with partial paralyis and limited use of his hands, the work that spanned his seventeen albums inspired many including his good friend Wagner. Chesnutt’s death along with 50 something Wagner’s recent encounters with prostate cancer and a heart attack have very much influenced Mr M.

Despite the often stark subject matter, like all of Lambchop’s recordings the rhythm is often lilting, breezy and optimistic. The orchestration by Peter Stopschinski and Mason Neely, is again an ode to the lounge and traditional pop of the 1960s and is perfectly counterpointed by delicate guitar arrangements and searching rhythms again expertly played by the virtuoso players assembled by Wagner. All these elements together capture the intense soul-searching and introspection that are contained in its obscure lyrical content. You could set up a weekly university tutorial exploring the meaning of Wagner’s intensely private almost inpenetrable lyrics as part of a course on modern literature. Unlike some who mistakenly think there’s an unsophisication to them which may come from the sneering attitude often emanating from America’s big cities towards the South, Wagner’s deep navel-gazing would almost need a whole course on its own to decipher and even then the multiple explanations of what they mean would simply serve to confuse the matter.

This is no better illustrated than on opener ‘If Not, I’ll Just Die’, which combines the vagaries of everyday life (making coffee, getting cups out’ with demonstrable outlets of humanity ‘blowing kisses’,, ‘crying’. The swing like rhythm ebbs away and the piano and strings are used to great emotional effect. Wagner’s perfectly complimentary vocal arrangements turn on the emotive effects with ease. The laidback nature of ‘2B2’ is exemplified by the slow disciplined beat as the instrumentation is built delicately and painstakingly around it. As with all Wagner’s work, it is ever-understated and benefits immensely from that approach. The seemingly opposities attract, miles from each other theme is borne out by the final verse; ‘It was good to talk to you while we were cooking, sounds like we’re making the same thing, one man cooks with powder, the other cooks with stones’.

The beat moves up a notch with the semi-shuffle of the exquistely crafted ‘Gone Tomorrow’, where Wagner’s two chord signature is beautifully engulfed by passionate string arrangements. The track ends with a little prog-rock/free-form jazz combo. ‘Mr. Met’ starts of with an almost funereal tone before unfolding into a stilted number where Wagner’s dry vocal matches the low tuned music in a way where grit meets beauty. Serving as somewhat of an interlude, ‘Gar’ has a warm, lounge type feel with the sparely used vocal harmonies used to great effect. There is a simultaneous ode to the 60s anf 70s here where some of the arrangements wouldn’t feel out of place on a Bacarach written track.

The old and the new are meshed together on the odd, yet intelligently titled slow burner ‘Nice Without Mercy’. Wagner’s ability to conjur up an image are no better illustrated thus;’Caught amongst the elements, taking pictures on our phones, …catching fish with just our hands, and they taste of some coolest oral splendour, and the sky opens up like candy, and the wind don’t know my name’. The shuffle returns on the wistful ‘Buttons’ where Wagner addresses the options open to his ordinary protagonist; ‘perhaps find a job that doesn’t take a genius to do’ … ‘pick up trash in the rain’ before turning to memory and sentiment of seemingly better times. ‘The Good Life (Is Wasted)’ begins with Wagner singing ‘I’m not the kind of man to live comfortably’ and that ‘the good life is wasted on me’. The music seems to match as guitar is left to ring out in a ramshackle way and the harmonica reinforces that idea of hard living.

As a counterpoint to that roughness, as he gets older Wagner’s voice seems to be lifting a notch in tone. At its dryest a decade ago, on Mr M it seems to have more range and on occasions an optimistic feel. This is in evidence on ‘Kind Of’ where he exhibits an almost tenor approach utilising emotion to lasting effect as strings hypnotise the listener with their depth. There is a classic eerie feel to ‘Betty’s Overture’ as Wagner’s vocals are again absent. Organ oscillates incessantly at its beginning as it opens up to serve as another interlude like the aforementioned ‘Gar’. Closing track ‘Never My Love’ employs that tempo changing technique on guitar that Lambchop are so known for again complementing its yearning lyrical nature as Wagner sings about the uselessness of the term ‘love’ but to him at least, the importance of being with someone.

If you’re ever traversing the side streets of Nashville, you may just catch a glimpse of the anonymous becapped Wagner on his errands driving his beat up old pick-up truck. How people perceive him ceased to matter long ago, if it ever mattered at all. His Nashville roots and music style have led to much misconception but to Wagner that is of no matter. He himself has said its better to be misconstrued that not be construed at all. The humble and unassuming approach to life is in Wagner’s DNA and this has always come across in his music, no more so on Mr. M.  While Wagner’s approach may be a little more refined than that employed back in the 1990s (there’s not a slide guitar in sight and the country feel is largely absent), the same unique, quirky modesty and honesty comes shining through. Wagner, like Callahan, Oldham, McCombs et. al., continues to remind us how fortunate we are to live in a time where a complement of such talented but unassuming music luminaries who have never cared for or sought the limelight create pieces of artistic integrity that serve as ends in themselves. Mr. M is another creation to add to that collection.

*This review borrows some of its contextual information from Michael Hann’s recent interview based article with Wagner in The Guardian. Read it here.