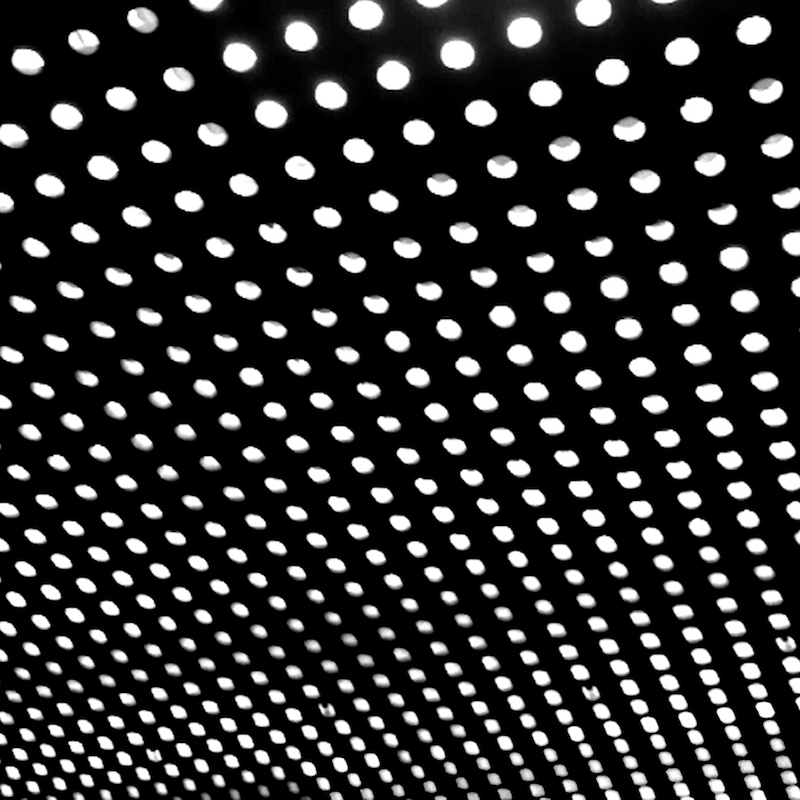 The fourth album from Baltimore duo Victoria Legrand and Alex Scally has been hotly anticipated, following on the heels of the massive previous LP, Teen Dream. Bloom, the fourth long player in the Beach House discography does not fly off wildly in a new direction, nor is it a mere extension of Teen Dream (that is to say it’s not a Radiohead Kid A / Amnesiac situation). What we have is a continuation of the beautiful chemistry that exists between the two band members, that flows through the music and lyrics, through your speakers and into your head, delivering the best Beach House album yet.

The track that opens Bloom is ‘Myth’. Within seconds you are taken back to the delights of Teen Dream and reminded instantly of how damn good this band is. The two year gap between albums disappear in a glinting flash off the mirror ball and it’s time to settle in and soak up the next hour. There is a lyric about  “momentary bliss” in there, which fits beautifully, as that’s exactly what this LP offers. ‘Wild’ showcases the incredible depth and layering infused into each track, and holds a feeling of adolescent angst “my mother said to me that I would get in trouble / our father won’t come home ’cause he is seeing double”. The slide guitar is prominent in this one, almost becoming another vocal track, melting into one with Legrand’s amazing voice, which in turn at times throughout the LP blends into the arrangements as if a musical instrument itself.

‘Lazuli’ is such a beautiful track that you want to hear it well past the mere five minute length, but you know there are more gems to come. Scally’s backing vocals add to it immensely, and the track has a bigger electro feel (as do a few across the playlist) but it is kept restrained. ‘The Hours’ begins with a psychedelic, Beatles-esque ten second intro, before morphing into a dreamy, pop paradise and another example of how Beach House just nail each song on Bloom. All of them have a unique quality, the simple use of drum machine, Legrand’s harpsichord, piano, and organ in conjunction with multi-instrumentalist Scally would have new listeners visualising an orchestra on stage. ‘Troublemaker’ has a heart wrenching chorus and instrumentation which soars skyward only to then dive headlong into an abyss. This track bridges into ‘New Year’, a standout on Bloom. It’s the song that seems to pull everything together and has everything going for it. Layers of dreamy sustained keys, combined with Legrand’s gorgeous presence is perfect.

‘Wishes’ continues the swirling, hypnotic nature of Bloom, with simple synth progression and looping, it stands out as one of the most uplifting songs and is well placed towards the back of the list. ‘On The Sea’ spotlights the piano, present throughout this masterful song, which seems as if it is a moment away from becoming an operatic spectacle. It swirls, swims, rises and then sucks you down the vortex, culminating in a sound (standing alone) that evokes exactly that feeling for the final few seconds. Then it all makes sense, as ‘Irene’, the final track on Bloom begins over the sound of the vortex. “It’s a strange paradise” sings Legrand over and over, her voice one element of the whole magical package wrapped around this amazing track.

When you combine the honeyed, affecting vocals of Legrand with the gorgeous arrangement and instrumentation of Scally, what is achieved is that momentary bliss mentioned on track one. And after the final track fades away, the atmosphere of Bloom will linger and follow you around all day, or go to bed with you which is even better.

From the album, ‘Bloom’, Sub Pop