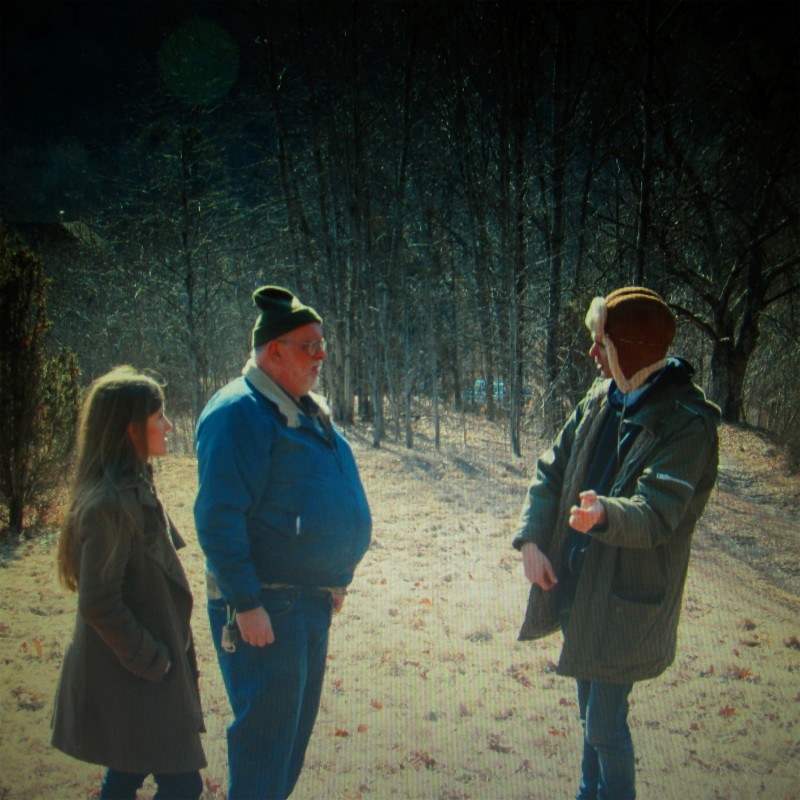 Any Dirty Projectors release has always intially served to confound and challenge its listener. The Brooklyn based David Longstreth led project continues down this path with the Projectors latest album Swing Lo Magellan, a wide and varied sonic landscape that is eternally restless and ever changing. Musically, like with Bitte Orca before it, its twelve tracks positively leap of the written page and include so many change ups that stem from the recesses of Longstreth’s overly active mind that it can leave your head spinning. Like with any piece of cerebrally charged music, you’re unlikely to get it over the first few listens which, without the employment of patience, could threaten to derail the whole project as overwrought and overblown in the minds of many. But persistence pays off and eventually reveals a magically creative and quirky piece of genius which will, in all likelihood, result in Swing Lo Magellan being the independent album of the year. And importantly, the finished product leaves one in no doubt that Longstreth could not have pulled it off without the towering force of harmonies stemming from the vocals of multi-instrumentalists Amber Coffman and Haley Dekle and the solidly spectacular rhythm section work of Brian McOmber and Nat Baldwin.

Dealing in the abstract lyrically has always comforted Longstreth. His penchant for loosely self- generated meaning has always been preferred. However, on this record he made a concerted decision to get down and personal, albeit as personal as Longstreth can get. At times, its clear he’s rightly unhappy about the state of affairs right now in the world. Just check to the first three tracks as evidence for starters. The last track is telling too. But that’s not to say, it’s all doom and gloom as his ode to Coffman suggests. Swing Lo Magellan is also more song oriented and not looking to centre on a single idea and that is borne out by the meticulous attention to detail in the songwriting arrangements themselves. While sometimes they seem to have a mind of their own and don’t seem to hand on any pre-conceived notion of discipline, nothing could be further from the truth. Even though there are moments of brevity and studio moments outside the songs captured casually and left in for posterity, the determination of Longstreth to make a songs based album is clear. And these gems were culled from around 70 or 80 of them.

Dirty Projectors exploration of sound usually coalesces into interesting results. Take the bass drum on the superb first track, ‘Offspring Are Blank’. Rather than the thud of the bass drum it’s the reverberations of that thud nestling down in the recording that seem to preoccupy Longstreth the producer. Minimal harmonies sit perfectly alongside Longstreth’s emotionally charged vocals while he alternates between dirty electric and clean acoustic guitar work. Equally impressive is ‘About To Die’ where again interesting percussive elements are employed. A hollow triplet is used and combined with a solid four four beat to give the track a slow dance feel. The ultra smooth ‘Gun Has No Trigger’ is next with its harmonies and stilted beat dominating until Longstreth’s somewhat strained but appropriate vocals take front and centre. He laments political and social ignorance throughout the track, repeating the refrain ‘If you really looked’. He seems to be so critical of rampant inertia that the ultimate action that the title suggests is a sad metaphor for it.

The title track is a gorgeous little ode musically but again is punctuated by the caveat of the great distance between humans and nature. Intricate arrangements abound on the rail against the social and environmental dangers of big oil, ‘Just From Chevron’, “Where she (the oil) collapses into the shore”. There is a sense of hopeless, yet determined defiance, “Don’t think I won’t try, when I close my eyes, whatever the people will drive, I swear I will survive. All of my friends my enemies too, live in the shadows of the dirtiest few”. A celebration seemingly  abounds on ‘Dance For You’ where its bubbly disposition almost enables you to skip down the road alongside Longstreth as he sings “I boogie down Gargoyle Street”.

Hanging tremolo and vibrato guitar and an inside out beat herald the beginning of Side Two. ‘Maybe That Was It’ combines falsetto vocals, percolating guitar, an intermittent beat and crashing percussion to maximum cascading effect. Indeed the track is one of the albums many highlights. ‘Impregnable Question’ seems to be a term that could be said to preoccupy the whole album but personally its an ode to Coffman, who is currently in a relationship with Longstreth. “We don’t see eye to eye, But I need you, And you’re always on my mind…We have shared it all, We have both stood tall, What is mine is yours, in happiness and strife, You’re my love, And I want you in my life”. ‘See What She’s Seeing’ employs strings to emotive effect as the ping pong like percussion (bit of Flying Lotus perhaps) engulfs the perfect harmonies that belie the lyrical disconsolation, ‘I can see what she’s seeing’ and then directly to the protagonist, ‘but you can’t see me’.

‘The Socialites’ sees Coffman take vocal duties. Her angelic voice is all over the track as she sings tellingly, ‘We’ll never let on the face you wear is wrong…we’ll never let on, when you meet someone real’. That reluctant fakeness that sometimes needs to be employed to survive a soulless world is represented by the warped guitar note that high-lows throughout. ‘Unto Caesar’ begins with a nostalgic 60s feel and that continues throughout with the string arrangements, only to be rudely but appropriately interrupted by the chorus. It’s on this track that Longstreth’s dominance is playfully and wryly toyed with by Coffman and Dekle, who seem to mock him somewhat stating his lyrics ‘don’t make any sense’. It’s really important that this was left on the album. Longstreth and company, even when their tongues have been firmly in cheek have sometimes, wrongly, had the aura of inpenetrability. This helps rectify this anomaly somewhat. ‘Irresponsible Tune’ is the musical nightcap the album had to have. But lyrics wise it’s no comfortable end to the metaphorical night. Longstreth is as direct and as pointed as ever, “In my heart there is music, in my mind is a song, but in my eyes a world crooked, fucked up and wrong”.

Swing Lo Magellan is peppered lyrically with asides to being on the outside. Existing outside of peoples easy intellectual reach and being acutely aware of the inanities, gullibilities and stupidities of the mainstream herd can be a liberating but also quite alienating experience. That juxtaposition though, can be held up like a mirror to the Dirty Projectors’ entire career. Their strength is that their mainstay has never played to the crowd and that means the end result always matters where its important – in its art, in its concepts and this time especially in its individual songs. On ‘The Socialites’, Coffman sings Longstreth’s lyric, “I’m glad they’re the ones on the other side of the glass, Who knows what my spirit is worth in cold hard cash”. For the sake of independent artistry in music lets hope that question is increasingly rarely asked and never answered. Often seemingly initially  impenetrable, Dirty Projectors always reward patience and once again with Swing Lo Magellan, the term, it will reward you in spades, doesn’t even come close to giving a clue as to how much it will.  What’s next for Longstreth and company, who knows? But one thing is for sure, it will matter.