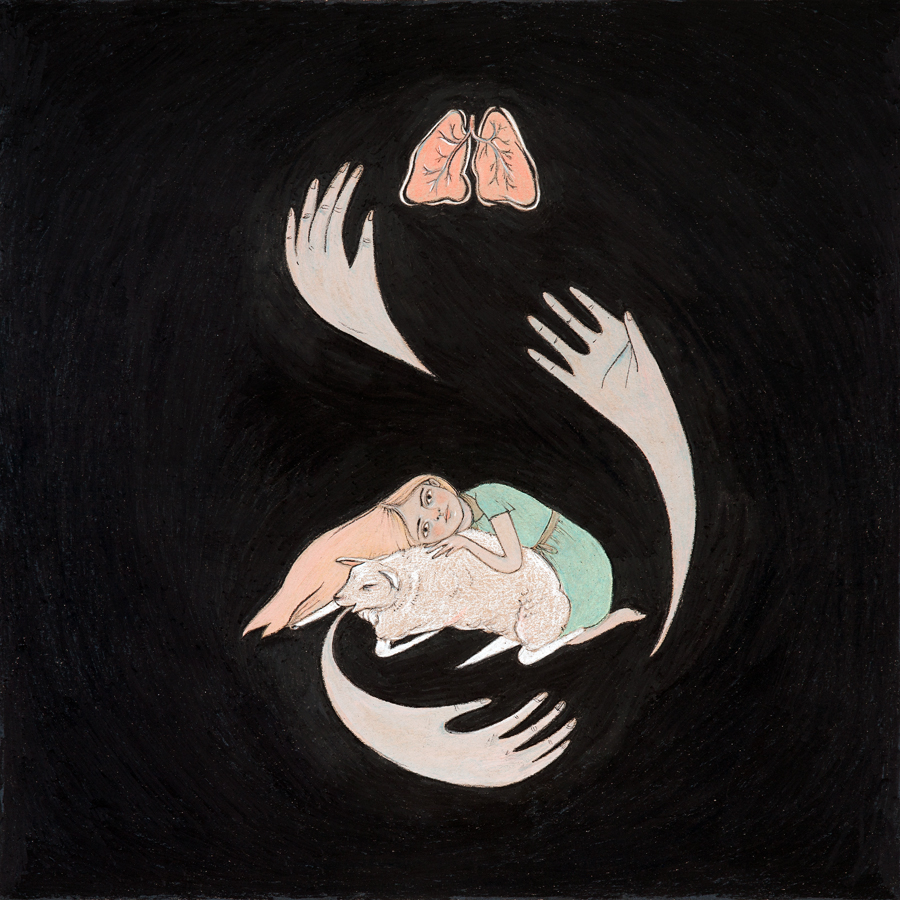 RECORD REVIEW: PURITY RING – SHRINES
As their plethora of singles and b-sides released over 2011 and this year suggested, the debut album from Canadian duo Purity Ring, Shrines, was always going to be A musical highlight of 2012. Why? Because it is unmistakably now in its approach and delivery, has a definite vision and sounds like nothing else in its taut, cohesive delivery of an otherworldly combination of dark synth driven pop sliced up with elements of hip-hop and R & B delivered WITH stuttering beats that are ever shifting into directions unseen, gorgeous vocals that give lie to the wrenching subject matter and pitch used on those vocals to massive, lasting effect. There’s no suprise then, that over that journey, three of these ten tracks have been number 1 on this website’s chart.

Edmonton natives Megan James (vocals) and Corin Roddick (music) are 21st century laptop collaborators. Distance becomes irrelevant, that little matter of 1300km between them (Halifax and Montreal respectively) in actuality is an advantage and you can hear that on Shrines. Roddick sends James the music and she fires back her vocal and lyrical interpretation. It’s quite clear that both feed ofF each other. James’s world of on the surface vulnerable but in reality extremely powerful protagonists seeking to control all before them is perfectly coupled by Roddick’s fantastical, yet deeply unsettling and foreboding arrangements. In an recent interview with berlinbeat, Roddick stated, “I’ll write the track and show it to Megan and she’ll send it back with like a demo…and we’ll go from there, so often I’ll have to restructure the track around her vocals”.

Lyrically, careful consumption is in order. With her reference to metaphorical self harm, “cut open my sternum and pull” (‘Fineshrine’), ‘broil and toil and foil thy scalloped breastbone” (‘Amenamy’), “…stake rare toothpicks in my dirt filled heart” (‘Grandloves’), “drill little holes into my eyelids” (‘Belispeak’), “varnish my forehead red in evening, drip down over my jowls” (‘Saltkin’), you could be forgiven for seeing Shrines as a bleak, distant listen. However, James’s penchant for the visceral, actually makes connection easier for the listener. These references all stem from an idea of self-empowerment rather than self harm. The strong female characters on Shrines seek to assert themselves and envelop and protect, nurture and grow. The aforementioned reference to the cutting open of the sternum is to enlist the ribs to wrap around and form a strong foundation for the other, “my little ribs around you, the rungs of me be under under you”.

Musically, Roddick’s ever shifting disposition and approach matches the human travails and natural landscapes contained in James’s lyrical world. He combines elements of hypnotic and warped layers of dark synth with bubbling pop moments that shed light on those dark places. His use of James’s vocals is a highlight as evidenced on the track ‘Ungirthed’, which gave us our first taste of Purity Ring early last year. Roddick is also not averse to using male vocal elements and indeed the duo enlist Isaac Emmanuel (Young Magic) to the cause in the form of a sample of ‘You With Air’ and the contribution of a couple of verses on ‘Grandloves’. It serves as a great circuit breaker smack bang in the middle of a set of tracks that have a definite sonic and thematic similarity.

Both James and Roddick have stated that Shrines took a year and a half to write, record and produce so don’t expect a quick follow up. Given that, the impressive aspect of Shrines is it will be a stayer so both can afford to sit back and bask a little in its glory while working on their ever growing live show. However, with the democratic and restless nature of independent music in the 21st century, no-one would expect James and Roddick to rest on their laurels. Democratic and restless. Those two words spring to mind when describing what Purity Ring are, in creation and culmination. Given the approach to Shrines, it would not be surprising to expect to see one or two examples of where this exceptionally talented young duo will go in the future next year. Wherever that is, it will be a challenge to follow up such brilliance and if they never do, we will always have this, and this will be with us for a long time.

From the album, ‘Shrines’, Last Gang/4AD.