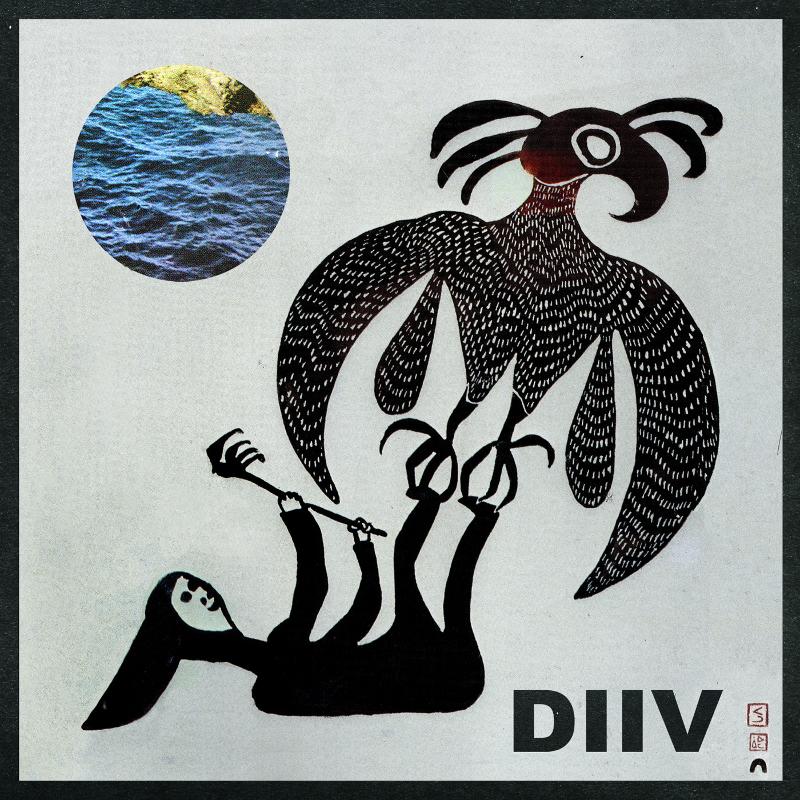 Indie music Mecca Brooklyn will go down as one of those special places, a place that has fostered a cultural niche throughout a certain period of history. Part of all this comes DIIV, (say “dive”), the four piece project of Beach House guitarist Zachary Cole Smith. It all began, as these days is often the case, from Smiths’ apartment in Brooklyn. Working solo he recorded the tracks ‘Sometime’ and ‘Human’ as demos which were released on 7 inch after being picked up by label Captured Tracks. Both have made it onto the album. Joining him after a name change (his band began life as ‘Dive’ but was changed out of respect for Belgian industrial rock artist Dirk Ivens whose solo project from the early 90s went by the same name), came Devin Ruben Perez (bass), Colby Hewitt (drums) and Andrew Bailey (guitar). All have impressed with their debut LP Oshin (say “ocean”), an album which varies its sound and influences but comes together as a cohesive whole, and is heavy on melodies, atmosphere and heart.

But the guitars are the major feature on Oshin, smothered in reverb and watery haze, as are the vocals of Smith. The 80s are present with sounds recalling legends The Cure and The Smiths at times, but a main presence is Krautrock across the thirteen tracks, which are deep with compositional intelligence far beyond many of their ‘dream-pop’ guitar based contemporaries. All this is evident from the opening instrumental track ‘(Druun)’ with its driving beat and bass line that loops under the complex guitar, over too quickly at a mere two minutes, making way for ‘Past Lives’ where the gauzy vocals are introduced, setting the tone for the rest of the LP.

‘Human’ has lyrics which are so blurred it’s pretty much impossible to make out a word, but never mind, they are really just another element in the mix with the rolling up and down motion of the brilliant guitar lines that flow through the track. ‘Air Conditioning’ has a simple bass riff joined by more melodic guitar that spans the whole thing, complex and highlighting the skill of  this band. It’s the longest song at four and a half minutes and contains minimal singing. ‘How Long Have You Known?’ is an obvious standout, immediately catchy and original, yet familiar. Full of layers showcasing the impressive arrangements, the chorus sticks with you long after it’s over, “how long have you known / how long have you shown it? / Forever Forever”. It ebbs and flows with music mimicking the vocal lines of Smith, it’s just a gorgeous track.

Although in an interview Smith has said the name of the band is unimportant (“I don’t really give a fuck what the band is called”) the titles DIIV (dive) and Oshin (ocean) fit perfectly as the whole LP has a feeling of immersion, like hearing music while underwater, barely coming up for air.  ‘Sometimes’ is full of beautiful guitar hooks and again vocals that sound like they are wafting in on a warm summer breeze, from somewhere you want to be.

How Long Have You Known?

From the album, ‘Oshin’, Captured Tracks