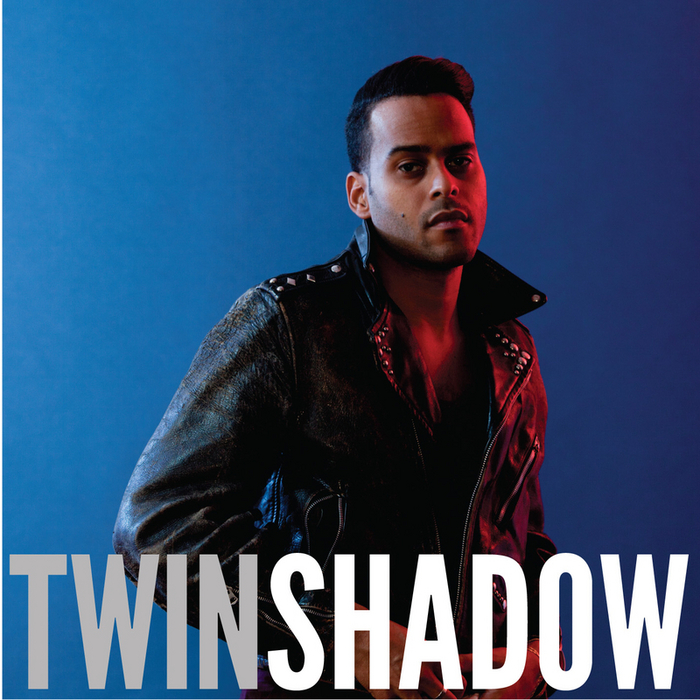 RECORD REVIEW: TWIN SHADOW – CONFESS
Ever since George Lewis Jnr. burst onto the indie music scene in 2009 in his unique and unquiet way, with the brilliant debut Forget, those in the know have been hanging out for the follow up. Definitely not shy of a camera, Twin Shadow’s persona is a bolt from the 80s, with the songs from Forget among the best of the modern day take from that era which pervades so much of the music we hear today. That new wave atmosphere on Forget hit the mark every time on tracks like ‘I Can’t Wait’, ‘Tyrant Destroyed’ and the legendary ‘Slow’, and while it is all still present here on his album number two, more of the man himself has shone through with his razor sharp songwriting ability and production.

A close call in a motorcycle accident was the spark for his new LP, as he has said with his trademark eloquence via his blog; “One Winter I crashed my motorcycle, with a friend on the back. I shouldn’t have been riding that day, but I was young and fearless of the black roads, fast and easy in my ways. As the bike slipped from under us my head filled with words. The slow motion moments of calm just after surprise and just before regret are bliss”…George certainly has a way with words. The man and his motorbike (I’m guessing not the same one) are front and centre in the video (which you can check out below) for the lead single ‘Five Seconds’. This was offered as a free download, and is a highlight of the album. It clearly marks a difference from all the tracks found on Forget, being much grungier, grittier, edgier. A feeling that continues across the entire LP, one which Twin Shadow meticulously produced himself.

“Some people say you’re the golden light / the golden light / and if I chase after you / doesn’t mean that it’s true”, so begins his new album with the opener, ‘Golden Light’. This track is cutting and immediate, and well placed, one that will stick with you well after the ten songs have faded away. When Twin Shadow sings “I don’t give a damn about your dreams / A whole world that is falling at the seams” on ‘You Call Me On’, full of kick drums and harsh guitar, his vocals are regretful and pained. There was nothing like this on Forget. ‘The One’ brings things down in tone somewhat, with more simplified instrumentation, ‘Beg for The Night’ has a staccato sounding intro and a repeated sample of a gun cocking followed up by pure 80s synth, which though sounding like it shouldn’t, does work, and works well.

‘Patient’ sees Lewis crooning on about a no strings attached fling, and sounds at times almost like vintage Prince. The musical tangent mid song is just great. ‘When The Movie’s Over’…”I’ll cry / I’ll cry / when the movie’s over”, is maybe the most ‘Forget’-like song found on Confess, but again darker and creepier. ‘I Don’t Care’ is a darker R & B styled affair, about a morally bankrupt woman, full of his perfectionist production values, ‘Be Mine Tonight’ closes the LP, with an echoed guitar effect punctuating the solemn song making this a good choice as closer.

Love gets a full workout, put through the wringer and spat out on Confess. It’s the corrupted jaded older cousin to Forget, and again shows the deeply personal nature of Lewis’s work, stripped bare for all to see on his vinyl. While he is a showman, a man of many hair-styles and self indulgences, he has a pureness, bravado and confidence that is hard to dislike. Can’t wait for the next Twin Shadow offering.

From the album, ‘Confess’, 4AD