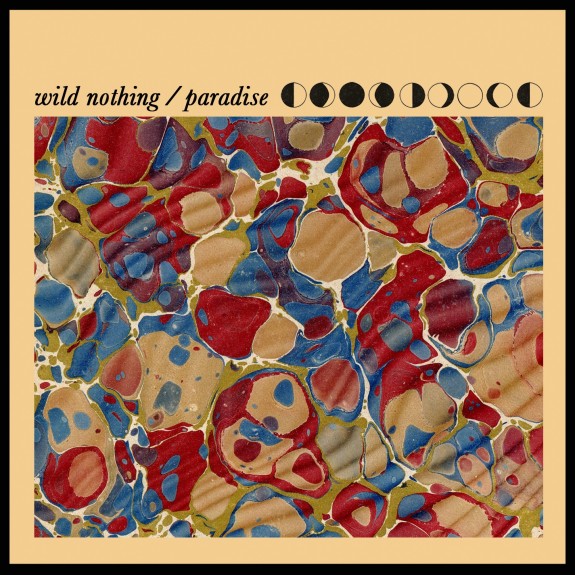 When Jack Tatum released the EP, Golden Haze in 2010, which sported its to-die-for title track, the direction of his Wild Nothing project was clear. Gone was the less than perfect production values of his promising and impressive debut album, Gemini, to be replaced with a dream-like sheen that sat beautifully underneath his gorgeous take on pop music. On his second album, the stunning Nocturne, Tatum has continued the move towards carefully cultivated pop perfection. The attention to detail in each track is clear as Wild Nothing mine the rich pop gold of the past and embellish it with a musical intelligence and respectful gloss that renders the familiar new in every sense. Anybody who thinks there’s nothing fresh and vital here simply doesn’t get independent pop music.

All eleven tracks are resplendently better for their additions and Tatum’s vision is brought to the fore by Nicolas Vernhes meticulous production. More importantly every instrument is afforded a standout role. Wild Nothing, while Tatum’s baby, is a band in every sense. The determination to democratise the sum of Nocturne’s parts makes the album an intriguing listen in virtuosity. The rhythm section exudes a exceedindly warm bass sound coupled together with intuitively employed drum work. Melodically speaking, the intricate and intelligent guitar work and the lushful embrace of keyboards together with carefully chosen reverb laden production embellishments is not only intriguing, but makes for an incredibly addictive listen from beginning to end. And make no mistake, Tatum is a pop medium; he gifts us his blissful homage to pop history at every turn. It’s almost as if he thinks the genre needs far more respect than it’s afforded. He recoils from attention in a personal sense while at the same time putting his love for pop up in lights.

First single, ‘Shadow’ with its familiar guitar melody is finished off with lush, dramatic orchestration and the title track winds its way through you with its five minutes with splendidly intelligent guitar work. Lyrically, Tatum appropriately repeats the  mantra, “Ooh, you can have me”, in the chorus and while we know he’s on about love and relationships, its as if he really is giving his all for the listener. And such generosity pervades the whole record. The slow beat that is put up against the faster paced vocal and music on the contemplative ‘Through The Grass’ is a songwriting masterstroke while the woozy four to the floor ‘Only Heather’, with its flute like keys and guitar licks stoke the flames of pop genius.

The almost funk like nature of the bass that together with the engulfing nature of the three chord key structure that is the base of the the deceptively laconic, ‘Paradise’ is yet another example of Tatum’s genius. The loose yet taut guitar lick tops it off nicely. The hypnotic nature of the track fits its title and lyrical nature perfectly, “dancer in the night, playing with my eyes”. ‘Disappear Always’ has a rhythm and guitar hook to die for. ‘Counting Days’ ebbs and flows beautifully. The driving bass and big drum sound of the urgent ‘The Blue Dress’ sparks instant comparisons to the The Cure c1989 Disintegration but without the downbeat aura. But here Tatum again gives us far more than a mimicry of that with the employment of long winding guitar melody that complements things nicely.

Nocturne is an outstanding listen from start to finish. Tatum has achieved a remarkable consistency not only with the attention to detail in each track in a songwriting and production sense but in the seamless way the record hangs together. Great pop albums tend to be over before you know it and so it is with Nocturne. There’s no weak spots here. Tatum has triumphed in very sense, bringing his respect for the purity of pop to the fore. While it has a great deal of competition, Nocturne could just be the album of 2012.

From the album, ‘Nocturne’, Captured Tracks.