RECORD REVIEW: TEEN DAZE – ALL OF US TOGETHER 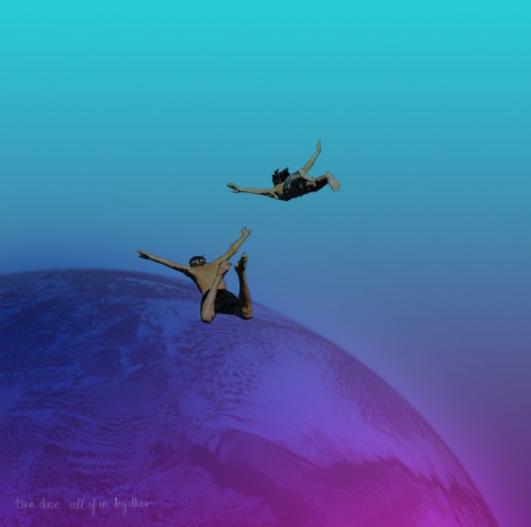 RECORD REVIEW: TEEN DAZE – ALL OF US TOGETHER
Since mid 2010 Teen Daze has been prolifically releasing EPs and singles over the web, leading up to his debut LP, Four More Years. He released this through Arcade Sound in 2010 as a ‘bedroom producer’, and was immediately impressive as he had honed his craft, amassing a good following while developing his style. My Bedroom Floor was self released in the same year along with the EP Beach Dreams. Last year saw four more releases and this year Teen Daze has self released a tour EP, and the accomplished album All Of Us Together, which is the topic of this review. November 6 will see the release of his next album, yep that’s two this year, The Inner Mansions, also through Lefse. Tracks from this album are out already, one featuring Frankie Rose (‘Union’), and another titled ‘New Life’. He will have probably recorded another EP by the time you have finished reading this. Hailing from Fraser Valley, British Columbia, Canada, Teen Daze has developed his songwriting, with laid back rhythms and atmosphere which have pushed through to the top of very crowded but beautiful genre, which goes by so many names it has become hard to take seriously. Chillwave. Glo-fi. Dream-pop. Synth Pop. Whatever, if it is done right, and with care, you can call it whatever you want. Teen Daze excells at his art.

Teen Daze has refined his audio mastery working on many remixes for the likes of  Bon Iver, White Arrows, and Californian artist Coral to name a few. Brothertiger has returned the favour with his Teen Daze ‘Brooklyn Sunburn’ remix, all of this as well as performing the new material around the clubs has helped keep things fresh. Having a ready made audience to test your new beats on, each night via the dancefloor has its advantages.

“I played a lot of this material on tour last year, and there’s a connection to that element, it’s all become very dear to me”, he has said of the album, “There are countless reasons on why a person would create something; my reason is bring people together, to let them know that they’re not alone”. That feeling of being part of a collective, sharing a common experience is very powerful, as you would know if you have ever been part of a crowd under the spell of a DJ maestro who knows how to build the levels and drop it down, only to crank it up to 1000 in a heartbeat. It’s a powerful feeling, and it’s very primal at its centre. Teen Daze has a bright future and we are only seeing the beginning.

‘Treten’ opens things up here, and conveys the feeling of wide open spaces with a drive that permeates the whole LP. At seven minutes in length it’s given time to explore, as it ebbs and flows gently opening up the tone of the next 45 minutes. ‘Cold Sand’ is all glittery, shiny, and retro with its drum-machine and lo-bite synths. Fuzzy VHS images spring to mind upon hearing this track. ‘For Body And Kenzie’ is drenched in reverb and has a beautiful buildup after an extended intro soft as a sunrise. Halfway through stabbing synths take over with percussion added to the mix to make a standout track on the album.

‘The New Balearic’ is soft and dreamy, with synths twinkling, while  ‘Brooklyn Sunburn’ (with vocals by Steph ‘Stefaloo’ Thompson) and ‘Erbstuck’ are made for clubs. In the penultimate track, ‘The Future’ vocals make a rare appearance, be it distant and vague. ‘Hold’ is gorgeous with the hypnotic keylines, short and understated it’s a nice way to complete the Teen Daze journey.

Teen Daze has said “(He) came upon an old book at a thrift store called ‘Utopian Visions’, an encyclopedic volume of different views on what utopia might look like, which became a huge inspiration. Especially when considering the future of our world as it actually unfolds. We’re becoming more and more self-reliant, more and more separated from our communities. I wanted to make a record that sounded more synthetic but also inviting – this is futuristic music with a heart.” All Of Us Together therefore makes sense as the album title, evoking a communal feeling, be it in a club or a bunch of friends travelling down a highway at night, music brings people together and this is what Teen Daze is striving for.

From the album, ‘All Of Us Together’, Lefse