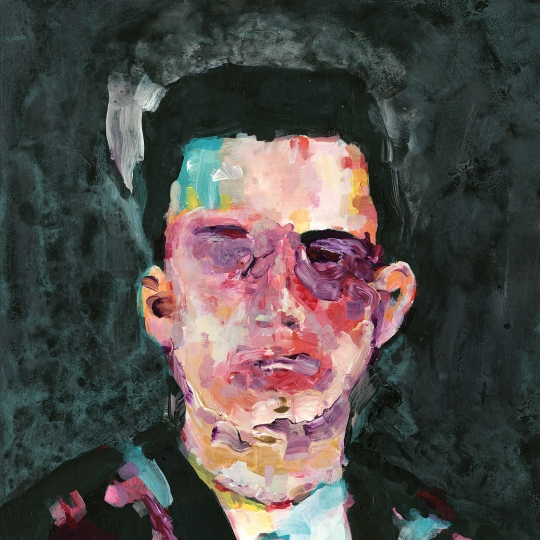 RECORD REVIEW: MATTHEW DEAR – BEAMS
There is no one on the indie music scene quite like Matthew Dear. Since 1999 he has been a DJ, recorded eight albums, nine EPs, remixed many artists including The XX, Hot Chip, The Chemical Brothers, The Juan MacLean and Spoon. He has had three aliases (False, Audion and Jabberjaw), and co-founded ground-breaking record label, Ghostly International, and its dance-floor orientated offshoot, Spectral Sound. Apart from all this, Dear also has a degree in Anthropology, something which comes through somewhat in his lyrics as he sings of the social and cultural status of humanity, with all its quirks and strangeness. He has developed a style he now owns, musically and visually; he is a fan of crisp white shirts and well tailored suits, something you don’t see too often at a warehouse rave behind the DJ console.

All this has led to Beams, his latest offering as Matthew Dear, and while not a completely new direction from his previous LP, Black City, it inhabits a different quarter of that city. He told ‘The Guardian’; “New York City is a black hole, for this perspective, Black City was being sucked into the black hole, and Beams is the tail of light shooting out the other side. New York is a living machine, it can chew you up and spit you out very easily – Beams is realising your place within the machine.” This new LP is indeed not as claustrophobic as Black City, it’s more of a party, although an at times weird one. “I thought I’d write a little call to arms to everybody: let loose! Everything’s a bit more amorphous in my life now, bubbly and gelatinous. I’m letting things ooze into different places. When you realise there’s no clear path or answer, things just are.” There are tracks here on Beams ready-made for the dance-floor, be it a dark, smokey and shadow filled place, but one where everbody is welcome, no matter how weird.

‘Her Fantasy’ dives straight into the atmosphere of what Beams has in store for us. Looping clips of Dear’s unmistakable vocals, dense layering and orchestration, high production and beautiful Korg synths which carry the whole track. The video which you can check out below pays tribute to Kenneth Anger, an early underground Hollywood experimental film maker who worked exclusively in short films, with erotisism being an underlying element. It suits perfectly with love, sex and relationships being at the core of Dear’s songwriting. The six second outro to this track is awesome as it slides immediately into ‘Earthforms’, which introduces a funk laden bass line over driving percussion. “It’s alright to be someone else sometimes” sings Dear in this groove train of a track.

Van Rivers and Subliminal Kid (Blonde Redhead, Fever Ray) from Sweden were involved in production of ‘Headcage’, a tale about a teenage boy trying to coax a girl out through her bedroom window late at night, to have some fun. Of ‘Get The Rhyme Right’, Dear says  “I am a big fan of the rock music David Lynch makes. A song like “Ghosts Of Love” captures the perfect blend of creep and beauty. This song aims at a slightly more dance-floor friendly version of that aesthetic. “Like God, in my disco.” ”Temptation’ was written about his relationship with his wife of seven years, “It was expunging of the soul in that song: here I am, cut me with a sword, let me bleed, and I’ll get back up and we’ll move on.”

It might take a few listens until you can get into Beams, as Dear’s work is dense, and at times hard to penetrate. The payoff is rewarding however and this artist’s extensive back catalogue opens doors to other worlds dark and shadowy, unlike anywhere you have been before. Beams is the endpoint, but given the prolific output Matthew Dear is known for, more worlds are yet to be explored.

From the album, Beams, Ghostly International

From the album, ‘Beams’, Ghostly International