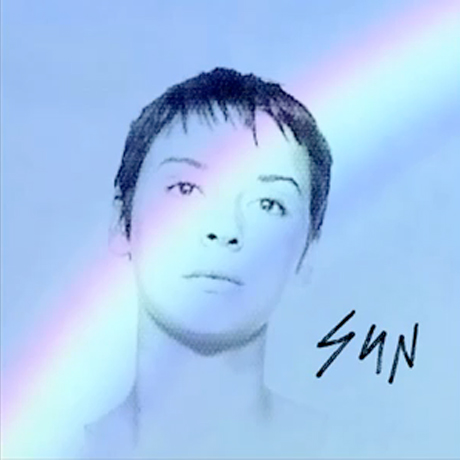 RECORD REVIEW: CAT POWER – SUN
Anyone who has been to a Cat Power gig knows her unique personality and emotions are something she wears on her sleeve, laid bare for all to experience. It is a great thing to see such honesty on stage, and it comes through whole-heartedly in her music, songwriting and vocals. After what have been a frustrating and heart wrenching few years for Chan Marshall (which you can read about elsewhere if you so desire), she has come out on top with a stunning LP, gutsy, beaming and aptly titled, Sun. The album which comes in at just under fifty minutes in length, sees Cat Power embrace electro for the first time, while also retaining the other styles she has become known for: namely indie rock and folk.

The single released front and centre, ‘Ruin’ was put out as a free download via Matador’s record store on June 20, with the album as a whole coming out in the first week of September. It’s the first release of all new material from Marshall since 2006, and was released with a limited edition format of vinyl including a deluxe LP with bonus 7″ vinyl plus bonus tracks. While still retaining some moments of melancholia, there is a noticeable shift towards optimism and a new direction. The introduction of an electronic component to her music has been one of the most obvious changes. Nicholas Jaar, a US American-Chilean musician has remixed ‘Cherokee’, with a sublime result (audio below), which for probably the first time has seen a Cat Power track grace the dance-floor (Sasha played the remix at New York’s Electric Zoo festival). Several album tracks have shown Marshall’s leap forward, or sideways at least, in sound, notably ‘3.6.9.’, ‘Always On My Own’, ‘Real Life’ and title track ‘Sun’ featuring looped vocals, heavy synths and a more industrial sound.

‘Human Being’ highlights her beautiful vocals, layering them deliciously in a song that is best listened to with headphones for full effect. The intro to ‘Manhattan’ reminded me of ‘Tainted Love’ for a second, but that all evaporated once a simple piano entered the mix soon joined by vocals. A standout track, it is full of experimentation with an off-kilter feeling, and works brilliantly as it builds itself up to a stripped back outro. ‘Silent Machine’ thrusts forward like a Mac truck, a track with dirty edge and a jarring piece of distortion halfway through which falls away innocently as if it never happened.

The final track on Sun clocks in at just under eleven minutes in length. Aptly titled ‘Nothin But Time’, this opus throws it all together. “They wanna live / they wanna be somebody / they wanna give / and be wanted / they want to forgive / and not be forgotten / they wanna reach the end / they wanna live their way of livin”, Marshall sings as if she almost pleading. Loads of overdubs and layers abound in this song, as they across Sun, giving them a sense of volume that is at times deceptive as often few instruments are actually present. This closing track however is massive, and feels so even before Iggy Pop enters the fray to excellent affect.

To say Chan Marshall poured her heart and soul into this recording is something of an understatement. Being a musician in America today is not easy, they are feeling the effect of the current economic crisis as much as anyone else. Her house was in foreclosure, and she has been quoted as saying (of recording Sun) “I’m going to fucking pay for this shit myself”. So she could retain control she cashed out her retirement fund and threw herself into the project. Sun debuted at number ten on Billboard top 200 chart, her first in the top ten list, and the first the for the label in its 23 year history. It came in on the Billboard ‘alternative / indie album chart at number 2. The honesty, resilience and pure grit that shines through on this album is a credit to Cat Power. Her hard work has paid off in spades.

From the album, ‘Sun’, Matador

From the album, ‘Sun’, Matador