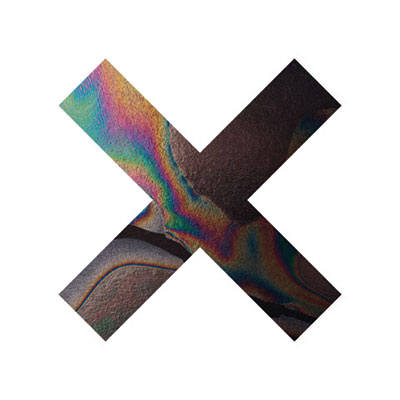 RECORD REVIEW: THE XX – COEXIST
I’m always amazed at how artists’ second albums are always for the large part more harshly judged when compared with their first. Rather, it would be good to see reviews of those second albums actually home in on the album in question in isolation. The unnecessary and perhaps unwanted hyperbole that surrounded the self titled 2009 debut by London outfit The xx which involved soundtracking the Olympics, the 2010 UK elections and being awarded the Mercury Prize has unfortunately overshadowed their second Coexist, which in this reviewers humble opinion simply builds on that first release. If that’s a criticism, it’s hard to see why. But that is of no matter. The point is, Coexist deserves to be seen in its own context and is probably the better for being in the shadow of its unfortunately overrated predecessor. It certainly feels more pure.

There is little need to forensically dissect The xx. Quite simply, the trio make simple yet intensely personal songs that employ space to intense effect, follow emotively patterned chord progressions, employ an appropriate mixture of live and electronic beats and top things off with warm, yet strangely dissonant and on the surface dispassionate vocals. Coexist as its title suggests is an thematic album about the difficulty of relationships and opener ‘Angels’ gets straight to the point; “And everyday I am learning about you. The things that no one else sees. And the end comes too soon”. This sentiment appears again on the beautiful closer ‘Our Song’; “And there’s no-one else, who knows me, like you do, all I’ve done, you’ve done too”. The vocal harmonies and the effects employed underneath the guitar and bass here heighten the emotion perfectly.

The lauded beauty in the chase in terms of attempting patience, tolerance and understanding of another is laid bare but ultimately it is often a failed adventure. As ever, symbiosis between two people who have the ability the think outside themselves is fraught with emotional danger. ‘Chained’ exemplifies this with its employment of past tense; Separate or combine, I ask you one last time, Did I hold you too tight?, Did I not let enough light in?”. In general throughout the record, The chase and the ultimate failure to capture, is exemplified beautifully by Oliver Sim and Romy Madley Croft who vocally employ call and response to great effect and when singing on their own, while emotion drips from their veritable mouths, theirs is an ultimate aloofness that could be a metaphor for the fact that no matter how close people momentarily get, in the end we’re all alone.

There’s also elemental nod to the role self esteem and self concept play in encounters. The role these elements play and the impairment they have on a relationship is evidenced on ‘Fiction’., Sim sings “I wake up alone, with only daylight between us, last night the world was beneath us, tonight comes my way. We’ll be torn apart by the break of day, You’re more that I can believe would ever come my way’. Sensitivity can be a blessing and a curse.

Coexist, at the end of the day is not going to leave its listeners with their jaws on the ground. That’s not the point though. Coexist has the ability to connect and invokes familiarity in the experiences of us all. It does it without grandstanding and knows its place in the scheme of things. But it also does it with intelligent reflection. The music and the lyrics are sublimely linked in unison which is all the more impressive when you consider how Sim, Madley Croft and producer Jamie Smith wrote the album apart from eachother. Coexist, is a delicately constructed take on the euphoria and pain intense relationships deliver across their good and bad times, while its happening and when its over. Heartbreak is painful and the difficulty of putting it all on the line fraught. Whether its worth it, The xx leave it up to you.

From the album ‘Coexist’, Young Turks.