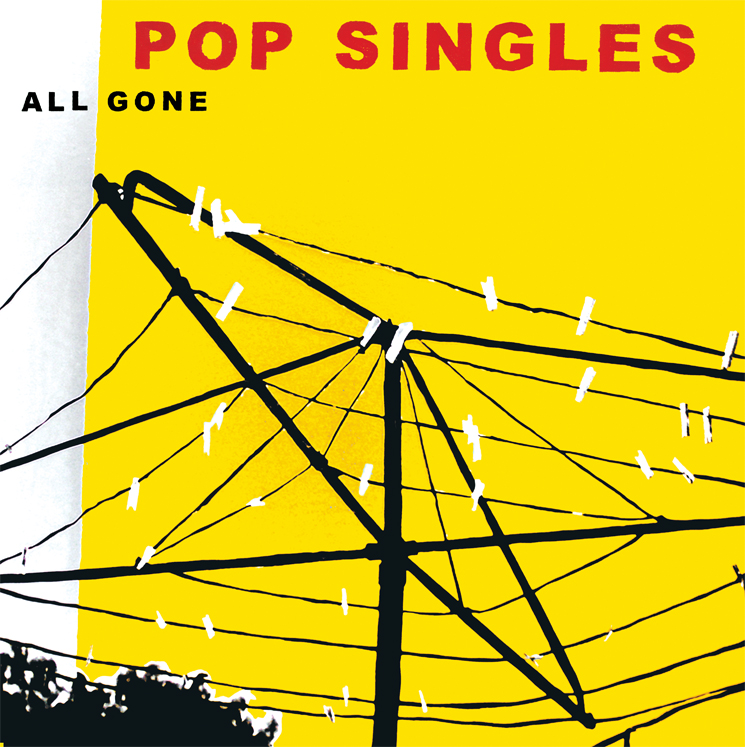 In the form of their debut album, All Gone, Melbourne trio Pop Singles have released a melodically powerful and taut record full of jangly and edgy guitar, driving, restless bass lines and imperfectly perfect drums topped off with a melancholic lyrical disposition. The band keep the sum of its influences close. There are sounds reminiscent of Australian luminaries The Go Betweens, The Church and The Triffids, American acts R.E.M. (early), Lets Active, Scotland’s Orange Juice while there are also elements of Sonic Youth and US 90s power pop quartet Superchunk as well. However, to name drop these bands in the context of reviewing All Gone is all well and good but anybody who thinks Pop Singles merely ape these influences just isn’t listening.

The relationship that clearly developed during the recording of All Gone between the band and producer Rick Farley can be heard loud and clear in the honest production. The music is mixed without frills, without gimmicks and sounds refreshingly live. Tam Matlakowski’s voice sounds at times like its in an echo chamber which captures the downcast and at times brutal lyrics perfectly. While musically, the album is largely bright and active, repeated listens will reveal parts that resemble the aching darkness that lyrically pervades each track.

Peter Bramley’s angular bass that dominates All Gone is immediate on opening track ‘Hold You Tight’. Not content to just sit faithfully alongside Matlakowski’s guitar, it semenax vs volume wraps itself around every track serving to provide the emotion to match the angst. Relationships and the inability to deal with them thematically peppers the album. On ‘Hold You Tight’, Matlakowski sings about the emotional dangers of commitment; “you brought me here without emotions, and left me when I tried to find them”.

The powerful title track is an album standout and precedes the introspective ‘Field In Flames’ with its gorgeously paced melody belying its dark subject matter. ‘The Greatest Feeling’ oscillates between urgency and calm, indeed sitting in between mostly holding a feel that you want developed but are pleased that it doesn’t.  ‘It All Comes Out’  powers along despite Matlakowski’s uncertainty about giving into love “and all my hopes stay within, it feels like poison, an it looks like guilt’. The supposed disconnect between the music and the lyrics is just an illusion though. Both complement each other nicely.

Its been a long wait for this debut long player and Pop Singles have more than rewarded the patience. A superbly crafted intelligent take on pop and rock. And All Gone is all the better for its no frills, pull no punches approach to both the songwriting and production. Despite its clear reference points and undoubted Australianess, its a fresh and vital take on a genre that will never lose its lustre.

From the album, ‘All Gone’, Vacant Valley.