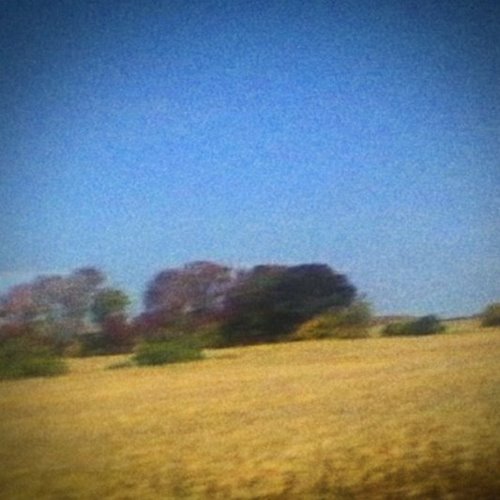 RECORD REVIEW: SUN KIL MOON – BENJI
I woke up a couple of weeks ago and decided to spend some time as I was readying myself for work with Mark Kozelek’s latest full length as Sun Kil Moon, Benji. I knew of the emotional intensity of the record from reads about it beforehand but nothing could prepare me for what was about to happen next.

As opening track ‘Carissa’ progressed and I loaded up the espresso machine, the heartbreaking story about the tragic death of Kozelek’s second cousin, a salt of the earth 35 year old Ohio mother of two, unfolded before me. I suddenly begun to sob uncontrollably, and I mean uncontrollably. Standing at the kitchen bench crying my eyes out. It wasn’t necessarily because I was listening to such a tragic story, that’s definitely part of it, but it was more to do with being reminded about how helpless we all are set up against the randomness of what life dishes out and how in a split second, we can be rendered heartbroken by things completely out of our control – the brittle nature of fate. Now Kozelek hadn’t seen Carissa for over 20 years and had left her and his native rural Ohio behind like so many before him looking for more creative and intellectual pastures; leaving behind a 15 year old second cousin pregnant and at the crossroads. Despite not having really giving Carissa a second thought since, her life and death suddenly haunted him – that her life might turn out to be just a life, just an existence. Determined, he wanted it to mean something and by penning this he has succeeded.

Kozelek goes on a diary like journey full of musical poignancy to tackle subjects like his complete love and devotion to his mother and his love hate relationship with his father as well as his mild disgust for his racist uncle, who died virtually the same way as his grandaughter Carissa. Outside the family, other experiences abound; his litany of sometimes awkward, sometimes ordinary experiences with ex-lovers in his youth is covered as is America’s prediliction with mass murderers, the arrest of a friend of his father’s for a mercy killing as well as the tragic eventual death of a childhood friend, perhaps from the effects of an brain aneurism that left him with a disability years back

Benji is such a direct ride where death surfaces with regularity but that’s not to say it is a depressing experience, far from it. As Kozelek processes his life in song, the best way to sum up Benji is that… it just is.

Benji is our current album of the week out now through Caldo Verde. I’ve decided to feature the bookends of the record below, the aforementioned ‘Carissa’ and the swooning ‘Ben’s My Friend’. Please spend some time with this record. While you may start sobbing or even, like I did, become a momentarily hopeless emotional mess, through Kozelek’s personal and direct take on life and death you will, in turn yourself, feel very much alive.

From the album, ‘Benji, Caldo Verde’,