TOP 30: HEALTH RETURN AFTER 6 YEARS, THE LATEST BY BREAKFAST WITH EZTV, PART TIME & TAMARYN IN AS WELL

TOP 30: HEALTH RETURN AFTER 6 YEARS, THE LATEST BY BREAKFAST WITH EZTV, PART TIME & TAMARYN IN AS WELL 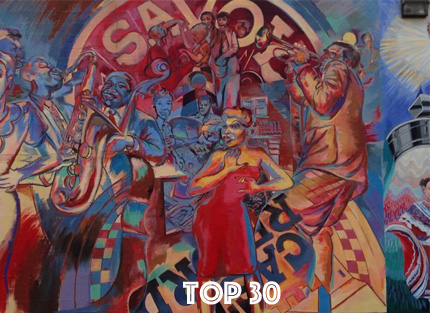 Los Angeles intense and emotive noise merchants HEALTH return after what almost seems like an eternity. It’s been six long years since the release of the amazing, Go Slow, one of our Top 10 albums of 2009 and now they’ve announced their follow up in the form of Death Magic, set for release in August on Loma Vista/Fiction/Caroline. The first taste is the celestially withering ‘New Coke’ and that enters at 17. Beware the end of the video below – it’s not for the faint of stomach. They’re playing Psychfest in Austin this weekend – psyched for that because this little writer will get to see them – nuts!

One spot behind is the intellectual pop of another L.A. band BREAKFAST with the deceptively ascerbic, ‘Sally Hansen’. This band are one of our favourites at present and this song is one of the reasons why 2015 is a break out year for the quartet. It actually replaces previous single ‘Boris’ in a one for one of sorts!

We featured the gorgeously taut pop of EZTV yesterday and their first ever single ‘The Light’ debuts at 21.

We first fell in love with the distinctively peculiar Part Time, the project of Californian artist David Loca (formerly Speck) in 2013 with his Top 100 listed, ‘I Want To Go’. Now he returns with the release of a sprawling twenty track new record Virgo’s Maze. Indeed, the prolific nature of him and his bandmates work over the last five years, which this double album encompasses is dizzying given there is another Part Time release out at present, Return To Cherry. The second single from Virgo’s Maze is ‘Fallin 4 U’ and that’s in at 26. Listen for the inevitable twist and then downright sabotage at the end. Would not have it any other way.

The final new entry comes from New Zealand/American duo Tamaryn (primarily consisting of her and Rex John Shelverton) and its the first we’ve heard of them since the release of the brilliant Top 30 album listed Tender New Signs back in 2012. The less dreamy and more surging straight up new single is called, ‘Put Your Hands All Over Me’ and that’s in 27.

Self released Los Angeles artist Miya Folick moves into the Top 10 with the driving and earnest ‘I Got Drunk’ (17 to 9) while BOAN and Cuushe swap places to 3 and 2 respectively with ‘Mentiras’ and ‘Daze’. And yes, the seemingly divisive Kevin Parker’s Tame Impala project, whose new direction, which we love here, seems to dividing some long time devotees, remains at 1 with ‘Let It Happen’. Differing opinions on music? Wouldn’t have that any other way either.

Check out three of the five new entries below. The other two, from BREAKFAST and EZTV can be found here and here.

All details of all tracks can be found HERE while all tracks as always are playing in the Top 30 player from newest entry in to your top right.

From the forthcoming album, ‘Cranekiss’, Mexican Summer. Out August 28.