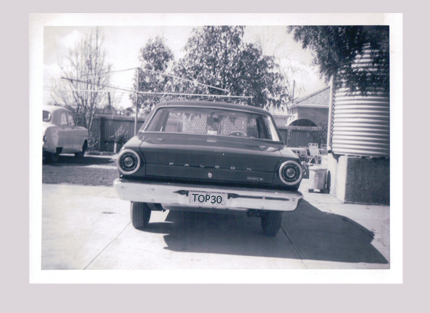 This week sees six new entries from some familiar names and a new number one. Unsurprisingly, of all new entries, the monster of a track, ‘Big Beautiful Sky’ from Montreal based Americans Ought from their forthcoming record, Sun Going Down is not only the highest placed of this week, its one of the highest placed this year. It’s straight in at 5.

Trevor Powers is back with another dose of his Youth Lagoon project. The slow building cautionary tale with celebratory tinge, ‘The Knower’ is the first single to drop from his upcoming new record, Savage Hills Ballroom and nestles in at 13.

The split single Protomartyr dropped with Kelley Deal’s R Ring, ‘Blues Festival’ might have left the chart but that doesn’t mean that the Detroit foursome are going anywhere as they are set to drop a new record, The Agent Intellect, just a year or so since their last, Under Color Of Official Right. The intellectually and musically hard hitting (what other way can they do it?) first single, ‘Why Does It Shake?’ debuts at 15.

Two tracks of very different hues which we have featured over the past week also enter. Amy Bezunartea’s new track, ‘New Villain’ enters at 25 while Day Ravies sit at 27 with ‘Fake Beach’.

While not scaling the heights of much off his excellent last album, Wakin’ On A Pretty Daze, Philadephia’s veritable slacker Kurt Vile’s new single, the laconic as ever ‘Pretty Pimpin” is good enough to enter at 28.

Brisbane’s beautifully dishevilled pop outfit Blank Realm, are about to take Europe by storm in the next couple of months with a massive tour including some big indie festivals on the back of their forthcoming album and first ever real studio effort, Illegals In Heaven. One of the best tracks of the year, ‘River Of Longing’ knocks off The Radio Dept. to ascend to top spot.

Check out the three previously unfeatured tracks below and peruse full chart details here. All tracks in the player too.

From the forthcoming album, ‘The Agent Intellect’, Hardly Art. Out Sept. 11.

From the forthcoming album, ‘b’lieve i’m going down’, Matador. Out Sept 25.