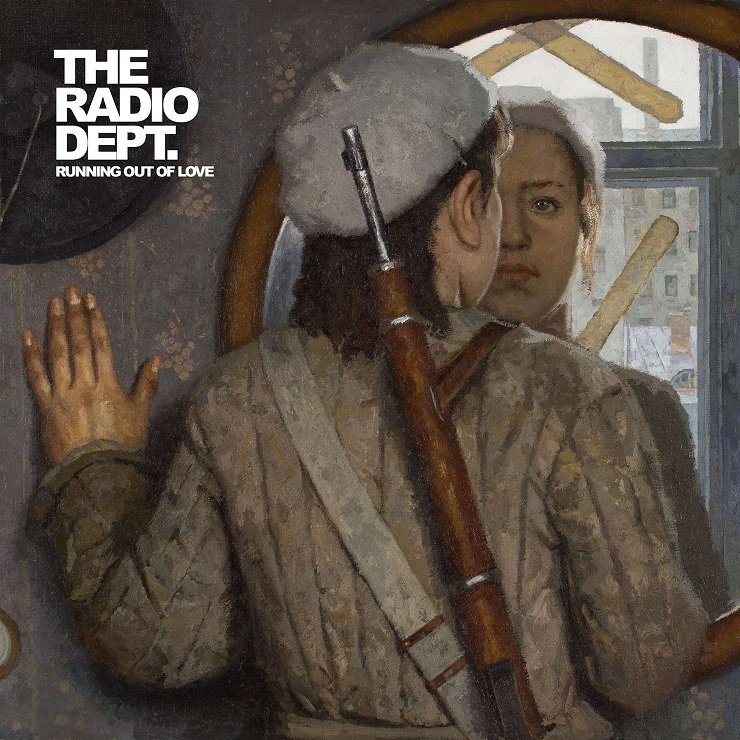 It’s been six long years since the release of Clinging To A Scheme, the third long player from Swedish electronic pop trio The Radio Dept. So the sudden news that the long awaited fourth, titled Running Out Of Love, was due for release in October was as much a surprise as a relief. The writing process involved the scrapping of an entire album’s worth of tracks and often sat alongside unsuccessful litigation against their label, Labrador Records, who will incidentally release the record. We’ll leave it to the band themselves to explain things further.

“We have just finished our 4th full-length album, Running Out Of Love. An album about life in Sweden in 2016 and how our society seems to be in regression on so many levels. Politically, intellectually, morally…It’s an album about all the things that are moving in the wrong direction. It’s about the impatience that turns into anger, hate and ultimately withdrawal and apathy when love for the world and our existence begins to falter.

“For the third time in a row we have made two albums instead of one. After constant touring for a couple of years after our latest release, Clinging To A Scheme, we started writing and recording an album that we later decided to scrap. As some of you might be aware, we have been caught up in a lengthy legal battle with our record label and publisher. We took a pause from releasing singles and EP’s and instead spent our time hanging out with friends, working odd jobs and just loafing around. Ultimately we lost the court case but still managed to reach an agreement with the record company that gave us the motivation to create music again.

“In the summer of 2014, ideas and a concept for Running Out Of Love started to come together and the single Death To Fascism, now too old to be included, was the first effort towards the new album. Later, more new songs started to appear. The court case is taken care of in Occupied, the Swedish weapon and arms industry in Swedish Guns and We Got Game is about the proud police tradition of protecting nazis and racists, whilst at the same time using brutal violence against opposing groups of protesters.

“Running Out Of Love has moulded itself into a rather dystopian album, mainly because it was created in a sense of deep frustration over the reactionary currents which characterize our time.” The Radio Dept.

Running Out Of Love is out October 14 on Labrador Records. No new tracks as yet but listen to our 2015 Top 100 listed track ‘Occupied’, which is centred of the label dispute, below. It also features on the new album.

From the forthcoming album, ‘Running Out Of Love’, Labrador. Out Oct. 14. Track originally released in 2015.