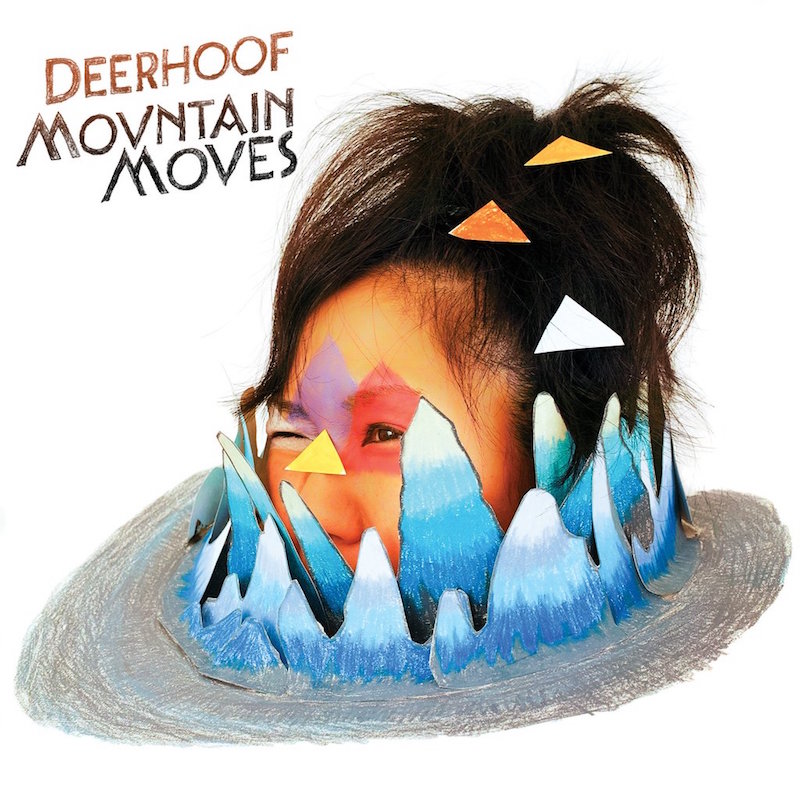 “In this world of tyrants and CEOs seemingly hellbent on achieving the termination of our species, perhaps the most rebellious thing we could do is not die. Should we survive the global warming, the lack of healthcare, and the bombs, a more humane future may await us. Maligned for shirking their capitalist duty, it is the younger generations we center. Safeguarding our consciences is only part of the daily challenge, since we also need to navigate corporate-owned electronic media which both aids and saps our energies.” Deerhoof Statement, Democracy Now, June 28, 2017. Read the full statement here.

American experimental genre defying veterans Deerhoof have announced the upcoming release in September of their 17th long player titled Mountain Moves. To mark the occasion, the fiercely independent and politically progressive quartet just debuted the album’s defiant and insanely catchy first single, ‘I Will Spite Survive’ on the vital American people powered news and current affairs flagship Democracy Now. Joining the appropriately acerbic attack on the hateful and heartless neoliberal capitalist power structure is Wye Oak’s Jenn Wasner. Her vocals alongside Satomi Matsuzaki’s are something to behold; both in their perfect imperfections and distinctive differences and resulting flawless harmonies. That’s set against arguably one of the most accessible and straightforward song structures Deerhoof have written with its muscular classic rock inspired guitar work, wiggly keyboard melodies and the building of tension that marks the chorus.

Apart from Wasner, the album itself boasts an impressive cast of culturally and artistically diverse collaborators. They include in running order Argentinian experimental singer/songwriter Juana Molina, Stereolab’s Laetitia Sadier, Brooklyn artist Xenia Rubinos, Rapper and actor Awkwafina (Nora Lum), Argentinian experimental singer/songwriter Juana Molina, jazz musician and soundscapist Matana Roberts, Hamburg based musician Chad Popple and American bassist and and avant garde jazz composer David Hoff. Greg Saunier, Ed Rodriguez, John Dietrich and Matsuzaki self produced the album which consists of 12 originals and three covers and were also joined in the venture by Children of Hoof Radio and Television Orchestra. Listen to the excellent ‘I Will Spite Survive’ below and order a copy of Mountain Moves here. It’s out on Joyful Noise September 8.

Given its overtly political nature and the band’s commitment to cultural diversity, freedom of expression and social, economic and environmental justice, it’s more than appropriate to leave you with a excerpt from a biography written about the band for the album by Seattle based music writer Kurt Reighley;

“Experiencing one emotion at a time is a luxury of the past. Think back to that moment at the women’s march or the pro-science rally, when you spied a small child holding a handmade sign that read “I love naps but I stay woke” or “Boys will be boys good humans” or “May the facts be with you.” How adorable! How upsetting! How the hell are they going to make it to adulthood in this toxic environment?

Deerhoof is right there with you. They recognize that we are simultaneously living in two worlds, one a maniacal, mainstream monoculture hell-bent on driving humankind into extinction, the other a churning underground teeming with ideas and dogged optimism and the will to thrive and survive. Mountain Moves refutes the former by ecstatically celebrating the latter. ”

I Will Spite Survive

From the forthcoming album, ‘Mountain Moves’, Joyful Noise. Out Sept. 8.