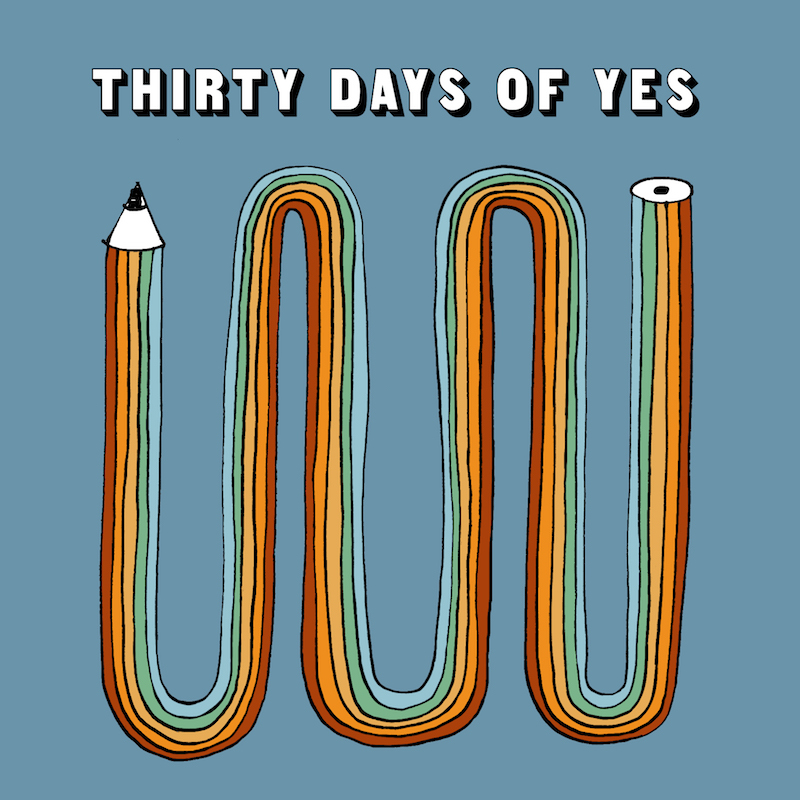 A group of Australian independent record labels have come together to lend their support to the ‘Yes’ campaign and the LGBTQI+ community in the  Australian Marriage Law Postal Survey currently underway and Indie30 is more than happy to lend a hand in getting the ‘Yes’ message out. Called The Thirty Days Of Yes, it will count down the campaign’s last month by slowly unfurling a track a day from a wide array of independent artists which will appear on a mixtape to be released early November. All proceeds will go to LGBTQI+ youth organisations, Minus18 and Twenty10.

Before going any further Indie30 wants to make the following point crystal clear. The horribly insulting and hurtful decision by Australia’s conservative government to subject the private choices, rights and futures of the nation’s LGBTQI+ community to the judgement of the masses through a half-cocked postal survey to decide whether or not they can marry will go down as one of the worst decisions by a government in living memory. The damage it is doing to that community is immeasurable. If you’re in any doubt as to the unnecessary hurt being caused, Brisbane band Cub Sport made their views on the survey crystal clear in a Facebook post recently. It’s all the more poignant given two of its members Tim Nelson and Sam Netterfield both came out as gay and more recently announced their engagement. Read their post here. Having said that, once the decision was made it was always fundamentally important to that community that all people who value freedom and equality for all vote ‘Yes’ and vote early.

The first two instalments come from Melbourne bands Twerps (Chapter Music) DARTS (Rice Is Nice). The Twerps contribution is a cut from 2013 called ‘It’s Time’, a track penned and recorded in response to the election that year of the incompetent, retrograde and nasty Abbott government and in support of LGBTQI+ Australians. DARTS, currently in our Top 30 with ‘Cinder Bloc’, chose to contribute their rollicking 2012 track ‘Damaskus II’ which centres on helping out others when they’re going through tough times. Listen to both tracks below and pre-order the mixtape here at the The Thirty Days Of Yes bandcamp page.