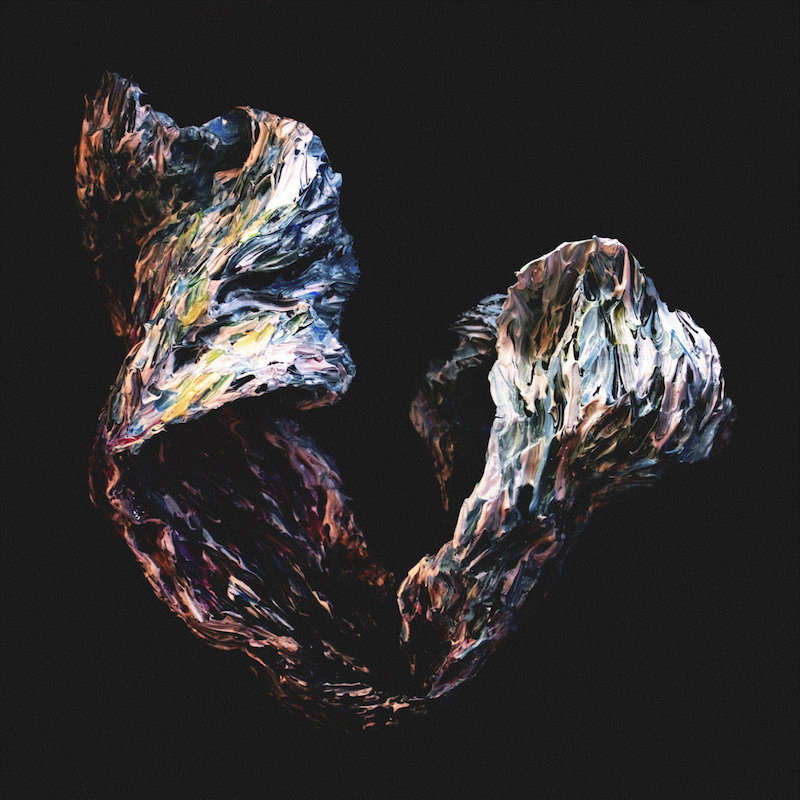 Today finally sees the release of the long awaited debut album, Regrowth from Los Angeles based artist Ronald Kaufman, aka Kauf. It’s been four years since the release of his 2013 EP As Much Again and word first surfaced about the impending release of this record in early 2016 when he unveiled its first single, the ultra smooth and tropical infused ‘Through The Yard‘, and quickly followed it up with the slow grooves of nocturnally inspired ‘A Ruin‘. Initially set down for release later that year, the 12 month delay largely stemmed from issues around ensuring the album would be released and distributed in a manner he was completely comfortable with. This process ended up resulting in the creation of his own label, One Half Records which he hopes will provide a friendly artist focused future home to others.

On the whole, Regrowth deftly merges the intersections between live instrumentation and electronic effects and it is this mixture of earthy and synthetic elements and the meticulous attention to detail attended their application that gives Kauf’s creations an idiosyncratic uniqueness. They also serve as natural musical extensions to the lyrical choices made as well. Opener ‘Pacify’ with its combination of grounded rhythms and poignantly applied synths adeptly captures its tense lyrical content and sets the scene for a record which sees an introspective Kaufman tackle intensely personal topics through a laid bare journey of self-exploration. The deep and lasting generational damage done to children and society in general from poor parenting and the dark secrets kept within families that shield controlling abusers from view are covered on the brooding ‘Key To Life’ and the slow delicate atmospheric funk of ‘Turning’.

The aforementioned ‘A Ruin’ deals with the fraught difficulties of navigating through modern relationships which can often result in a readiness to forgo adherence to your own values to receive the love of another while the intricately constructed swirl of  ‘Limestone’ covers the the less than honest shield couples can put up to others. Latest single ‘Let’s Slide’ takes things up a notch, the juxtaposition between its insistent beat and fidgety electronics are set against its smooth comforting atmospherics capturing the subconscious and self limiting inertia that can arise from becoming too comfortable within oneself.

Despite its often intense and challenging subject matter, overall there is an optimism that saturates much of Regrowth which stems from a belief in the importance of inward self-exploration and reflection. The hypnotic ‘100’ sees Kaufman ruminate on the lasting importance of and possibilities that can stem from from shining a historical light on the self. On the slow burning ‘Applauded’ he looks outward to consider the effect he is having on others and questions whether he is living up to what he expects of himself indicative of the fact that living a values laden life is centrally important to human existence.

At the end of the day Regrowth, as its name suggests leads the listener through a delineation of Kaufman’s own personal journey of self-connection, recovery and growth. But true to the man’s humble essence, this is not an album of self-indulgence but rather one that seeks to identify with and connect with the universal experiences of others. By laying himself bare through an an exploration of self he is actually reaching out to what’s inside all of us. Through advocating the importance of knowing ourselves by exploring, for better or for worse, the contexts that make us what we are is essentially the only way we can make lasting connections with others. And the subtle allure of the carefully orchestrated soundtrack to these sentiments, in the form of a set of songs crafted over many years, is what gives Regrowth’s underlying message, neither concealed or conceited, its undeniable credibility.

Check out Regrowth’s final two singles, ‘Limestone’ and ‘Let’s Slide’ below as well as the brilliant bass driven and groove filled remix given to ‘Limestone’ by English producer Thomaas Banks. Get a copy of this special record on double vinyl here.

From the album, ‘Regrowth’, One Half Records.

From the single, ‘Limestone’, One Half Records.

From the album, ‘Regrowth’, One Half Records.