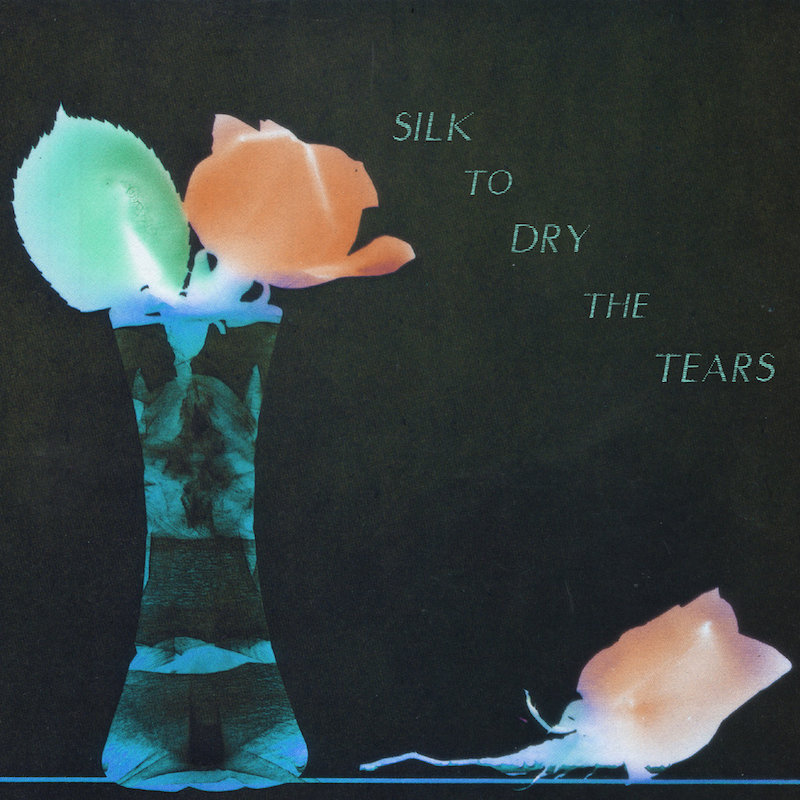 As Indie30 returns for our 10th year, it’s worth reiterating that as a purely non-financial blog we exist solely to put the spotlight on and share outstanding new music we love made by independent, underground and DIY artists. Indie30 also exists in solidarity with the vital communities that spawn these artists, especially those who work their arses off to run the small independent labels that release their music to the world. So its more than fitting that among our first posts of 2018, we play our small role in getting the word out about a very important independent music compilation that will surface this week. And we ask our readers to kindly get behind the vital threefold reasons for its existence.

“A year ago tomorrow is a day we’ll never forget or get over but so many friends & music family banded together in the awful wake of it we felt compelled to harness the spirit for something tangible & positive: SILK TO DRY THE TEARS. 31 tracks across 2 tapes by a whole constellation of artists past, present, future, & eternal.” Amanda and Britt Brown, 100% Silk, December 1, 2017.

This Friday marks the release by Los Angeles based electronic underground label 100% Silk of a massive 31 track compilation called Silk To Dry The Tears. It was complied as a mark of love and respect for the 36 beautiful people who passed away in the Oakland warehouse fire tragedy in December 2016. They were members of the Bay Area’s queer community, local musicians, DJ’s, producers, visual artists, sound technicians and purveyors and devotees of underground music and culture. 100% Silk, a champion of the electronic underground since it was founded by owners Amanda and Britt Brown in 2011, was hit doubly hard by the tragedy. While not officially the promoter, the fateful venue where the fire occurred was hosting the Oakland leg of a west coast tour by one of its artists Joel Shanahan (Golden Donna) and was to feature sets and performances by two others, Chelsea Faith Dolan (Cherushii) and Johnny Igaz (Nackt). When the fire broke out, Shanahan managed to escape but sadly Dolan and Igaz did not. Igaz was actually DJing at that very moment. Not only did the label and its family lose two of their own, it also faced heat for having its name associated with the venue on the night in question. It’s also worth noting that Shanahan had nothing to do with the choice of venue either and the person who did has no case to answer.

The decision to compile and release the record occurred last year in the lead up to the first anniversary of the tragedy It came after a global clamour by label artists, allies and friends to contribute their music as ‘a healing, unifying force’ after a year of sheer hell for all involved. It ended up featuring the contributions of 31 artists from as far and wide as Los Angeles, Portland, Washington, San Francisco, Tokyo, Bogota, Santiago, Malta, Dublin, Amsterdam and Paris. All have either been on, worked with or contributed to the label’s work over the years.

Apart from its main purpose as a tribute to those who passed away and as a further support for their families, there were two other reasons. It’s not well known but 100% Silk and Not Not Fun Records were actually sued by 11 families of the victims and despite being found completely cleared and found innocent of any wrong doing are looking at having to cough up 40-50K in legal fees, a massive amount for any underground label to deal with.

Tallinn born DJ/Producer Maria Minerva, who appears on the compilation was one of Cherushii’s closest friends. She summed up the feeling towards the situation on behalf of the collective in a Facebook post by imploring fans to support the label’s owners;

“Please buy this compilation (featuring a track of mine also) and support Amanda and Britt Brown who gave their all to put out music by independent artists from all over the world. Including my 4 albums and a ton of EPs. Both Nackt and Cherushii who died that night were very proud to be releasing on 100% Silk.”

“Amanda and Britt took chances on upcoming and brand-new artists. They supported and helped built the careers of many talented people when others would pass them by. I owe them a lot, and I owe a lot to many friends on the label who are truly wonderful people.”

Apart from being a tribute to the victims and a realisation of artist solidarity with their much loved label, there is a third reason for the release. Aside from their close knit character and support for each other and the importance of their constant challenge to social and artistic norms despite the often parlous financial consequences, something else that all independent / underground / DIY communities have in common is the constant search for affordable and safe places to live, create and perform. And the lack of them was the ultimate context and reason behind this tragic loss of life.

Many of us have often been in similar spaces to that warehouse, entering and eyeing off the situation and thinking how the fuck would I get out of here if something happened. We go to these ultimately unsafe spaces because they are brimming with vibrancy, positivity and possibility, of collective understanding built on artistic freedom and mutual respect. And often because if we didn’t, we’d never go anywhere. Situations such as this have been made worse in recent years by the unforgiving squeeze put on by culture eating gentrification and the resultant massive hikes in rent, especially in places like Oakland. A cruel irony given the phenomenon has occurred in areas that have only become attractive because of the presence and boundary pushing work of independent communities and underground culture. To this end, despite the financial situation, 100% Silk will donate 50% of the proceeds earned from sales to Safer DIY Spaces, an Oakland based coalition set up to assist in the financing and creation of safer independent creative community spaces. If you would like to donate directly go here.

The 31 tracks not only capture work from the last few years, among them are a number of new and unreleased tracks from the likes of Golden Teacher, The Cyclist, and Akasha System. There’s also an updated version of an Octo Octa demo and a reminder of how criminally underrated Johnny Igaz’s Nackt project was in the form of ‘Der Konig’. Both those tracks are below. Silk To Dry The Tears is out Friday and is available for digital pre-order with a nine track initial stream here. The cassette is sold out.

Silk To Dry The Eyes is a rightly appropriate way to commemorate and honour those who were lost. It’s also a chance to show support and solidarity for a label that has given so much to electronic music without asking much in return.
It’s also a proactive opportunity to make a contribution to ensuring the likelihood of such a tragedy re-occurring is reduced as much as humanly possible. Great music and great cause. What are you waiting for?

Not Sure What To Do (Variation Zoning 4)

PERSONAL POSTSCRIPT: I was in Portland on holiday from Australia when news of the unfolding tragedy began to unravel. Upon learning it was in Oakland my mind was immediately cast back to my wild goose chase there back in April 2015 looking for a similar type venue and a similar type DIY event but having the wrong address. I sat up all night digesting the details as they became apparent. Despite not having personally known any of those present, as it became clear how many independent minded and creative people had lost their lives, and a kind of melancholy took hold of me interspersed with bouts of anger and resignation at the nauseating lack of intellect from the mainstream media and the nasty stuff from some online. Notwithstanding the fact that people had died, I immediately considered what their loss would mean for their friends and family and Oakland’s and the greater Bay Area’s independent music and arts community in general. And indeed, what it would mean for any similar outsider community around the world.

There was also a kind of personal connection too. Earlier that year Indie30 had the pleasure of receiving and sharing news of Introflirt‘s last record Temporary Heaven and upon learning that two of its members, Benjamin Runnels and Nicole Siegrist had also been lost to the fire, things became closer, more heightened. That either they or their third member and manager Brendan Dreaper had taken the time through Facebook to share and thank us for the post speaks volumes for the wonderful people they were, who each and every person in that space on that night was and is.

Where is that silk….?