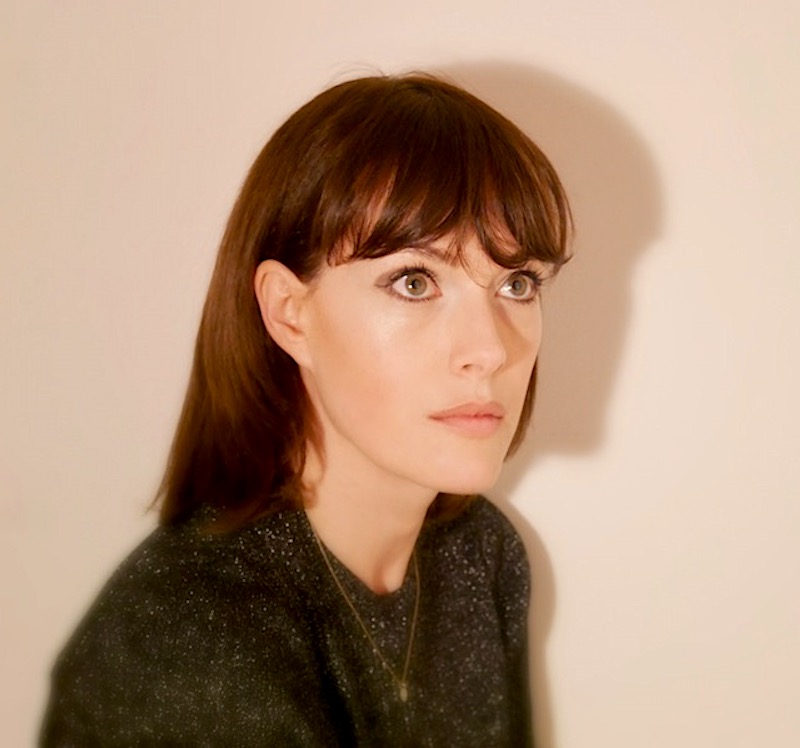 “What if your mother tongue is an ancient language or a land that you’ve never lived in whose native speakers have broken 200 years of silence”, Gwenno, Hi A Skoellyas Liv A Dhagrow, Le Kov.

Our first week back has been largely spent posting some of the best tracks to surface thus far from a nascent 2018 as a lead in taster to our first Top 30 chart on Wednesday. Without a doubt, one of them is the dreamy, buoyant and spatially conscious pop gem ‘Tir Ha Mor’ (Land And Sea) by Cardiff based artist Gwenno (Gwenno Saunders).  It comes from her forthcoming new album Le Kov (Place of Memory), which she delivers entirely in Cornish, a critically endangered Brythonic language from the south west tip of England. Saunders has both Welsh and Cornish background and has utilised her music and art as a vehicle to connect with these important aspects of her identity. Her first solo album Y Dydd Olaf, released in 2014 was penned and sung almost entirely in Welsh, reflective of her lived identity formatively and geographically growing up in Cardiff and inherited from her activist mother. However, the the last track on that record, ‘Amser’ threw her aspirational gaze south to a land unfamiliar, to Cornwall. This she sung in her other first language, her father’s native tongue of Cornish. It was to foreshadow an educative journey that has spanned the last four years, one that has culminated in Le Kov.

In terms of the greater linguistic and cultural context, along with her father Saunders is one of the few hundred fluent speakers of Cornish remaining. Le Kov reflects not only a personal journey of self-exploration but also an empathy for both past and current struggles for cultural survival, an acceptance of what it means to be in a situation where you’re one of the few gatekeepers left of a language in very real danger of extinction. Le Kov  exists out of her resolve to play a part in keeping the language alive and create a living document and a permanent cultural marker. She explains her thinking thus;

“This album is a combination of accepting the culture which your parents have valued enough to want to pass on to you, regardless how small, and utilising it in a positive way to try and make sense of the world around you, it’s also about having to accept and respect the nuances that make us all different and discovering that all of our stories share the same truth.”

‘Tir Ha Mor’ translated as ‘Land And Sea’ in English is specifically inspired by and dedicated to Cornish abstract landscape painter and one of Britain’s most revered modernists, Peter Lanyon who tragically died in 1964 exploring his region’s coastline from the sky in his glider. Musically, an introspection and contemplative gaze is palpable in the elongated instrumental sections between the gorgeously connected and pop driven verse and chorus. The repeated guitar hook in the outro leaves a similar sentiment. For the track’s self directed video Saunders and Rhys Edwards, her long time partner in life and art, sought out Lanyon’s lens and drove to St Ives and its surrounds to get a feel of the landscape and attempt to capture and appreciate some of what Lanyon saw;

We drove to St. Ives and marvelled at the crashing waves, went up the coast, past Zennor and arrived at Levant Mine to pause for thought and remember those who had given and lost so much to the land. All we could do was appreciate the rugged landscape, as so many had done before us. We drove back to Cardiff and I mulled over the merits of dancing to your own song, and concluded that it’s alright to do so sometimes. Cornish Abstract Landscape artist, Peter Lanyon, Marghek an Gwyns (Rider of the Wind, his Cornish Gorsedd bardic name) glided over the land to get a better feel of Cornwall, Tir Ha Mor (Land and Sea) is inspired by his methods and muse. I filmed what was in front of me, which is nowhere near the same level of commitment, but it is my interpretation of what I saw and felt and that, I hope, is worth something.”

The super aware last sentence and the questioning of the appropriateness of dancing to your own creations is an example of the the humility and respect Saunders brings to her art. Both are reflected in two aspects of the video’s end product. The psychedelic coloured silhouettes that partly obscure the natural landscapes are seemingly a nod to Lanyon’s abstractions and despite being an accomplished dancer in a former life, in her appearances she is deliberately hesitant and awkward in her movements throughout.

Infectious and thought provoking, ‘Tir Ha Mor’ is a stellar example of what is possible when pop and art are brought together in equally important measures. While we’re yet to hear the full album, on the strength of this and a preview of instructive opening salvo ‘Hi A Skoellyas Liv A Dhagrow’ (She Shed A Flood Of Tears) featured in the album’s trailer, we’re in for one hell of a treat. Le Kov is out on March 2 through Heavenly Recordings. Pre-order physically here.

From the forthcoming album, ‘Le Kov’, Heavenly Recordings. Out Mar 2.