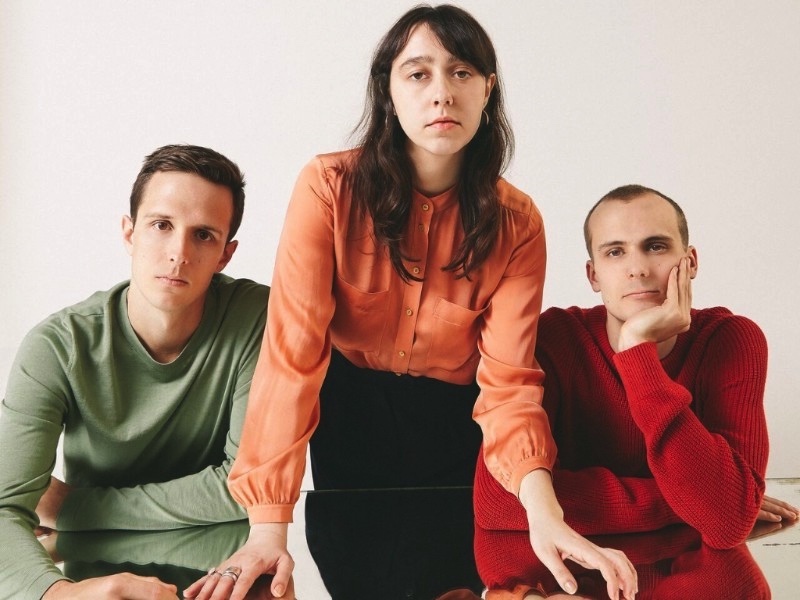 Montreal’s cerebral electronic pop trio Braids have just shared the two instructive tracks from their brand new double A sided digital single ‘Collarbones / Burdock & Dandelion’. It marks their return after releasing the impressive 2106 long player Deep In The Iris. Musically, ‘Collarbones’ has a wryness and poignancy in its soulful and lounge like feel while ‘Burdock & Dandelion’ trades in uncertainty represented by fleeting elements of synth, sparse hats and an awkward off beat. Both are clever musical representations to accompany a withering critique of gender inequality, consumer culture, social media obsession and the incessant need for instant gratification that results from pressures created by all four.

Both tracks trade in lyrics that mirror a society deeply mired in insidious forms of damaging sexual double standards. And women are subjected to the cruellest of hoaxes and most vicious of ironies by a capitalist triage of male owned power as a result. Its part of capitalism’s grand design; to manufacture insecurity and need. The mass media, the cosmetics industry and social media, all owned by men, profit at every turn from promoting an omnipresent male fantasy driven female body image that most women can never attain. They’re actually never allowed to think they have either which is where the “capitalism of self care” takes over.

Women are then incessantly encouraged to spend billions of dollars on products that promise but obviously never deliver on these hopelessly unattainable beauty standards. Importantly, this involves the ongoing transfer of money from the half of society already financially disadvantaged to the top echelons of the financially advantaged other half. This is not to mention the ongoing damage to the women’s self concept and the resultant lack of self confidence and self-esteem created by that damage. This is made all the worse by the selfie culture and the pressure to share sexualised images on social media, all the while eagerly waiting for a waft of affirmation. Often from people they will never or don’t want to meet.

But rather than rail against the victims and their seeming superciliousness, Raphaelle Standell Preston’s words and vocal connection offer a kind of self-awareness and personal succour, a reassurance of just how plainly false and obviously futile such an existence can be.  The music reflects a dissatisfication and growing longing in many for a more authentic existence. Listen to both tracks and read their lyrics direct from the press release in full below. The double single is out now on Flemish Eye. Buy here.