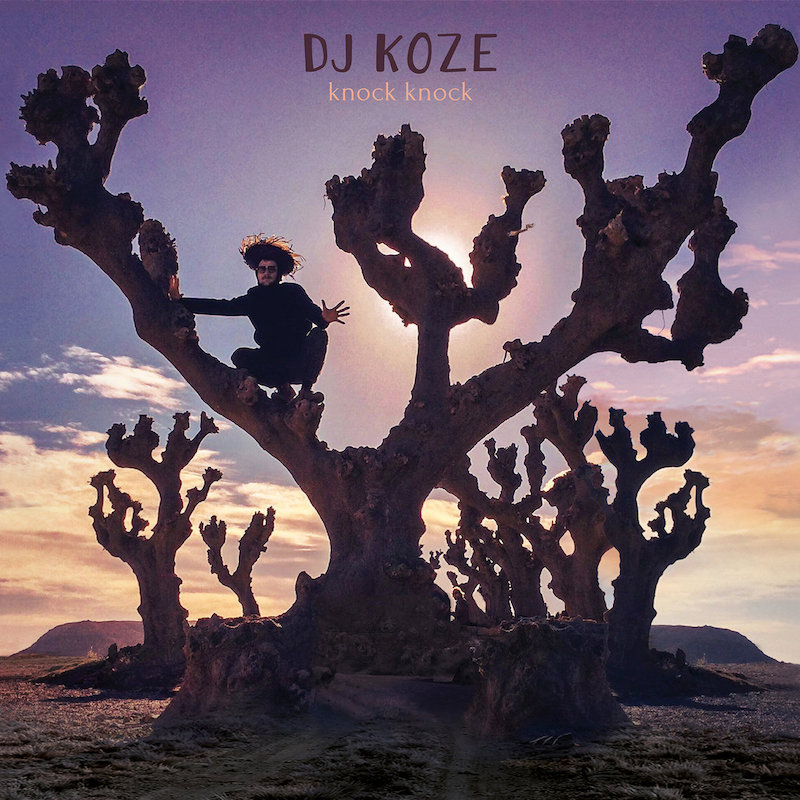 Earlier this month abstract DJ/producer/artist and Hamburg native Stefan Kozalla aka DJ Koze, released his sprawling new album Knock Knock, an artistic journey that invokes a kaleidoscope of feelings and emotions. His hypnotic yet restless creations have a smidge of the familiar about them but if you don’t feel a certain affinity and sense of the strange simultaneously you’re not getting it. Across the double album’s 75 odd minutes, each of the 16 tracks are kitted out and sent on their way in a range of sonic hues slightly dishevelled in appearance and slightly detuned in sound. Feeling not form is the order of the day

Overall house music is the loose guide with a range of styles within that genre given a work over. The left field deep house of ‘Bonfire’ with its Bon Iver sample and the warped minimalism at the centre of the groovy ‘Planet Hase’ being two tracks in point. Another house inspired track ‘Pick Up’, the album’s first single borrows from the French archetype and some may never get past its surface closeness to Starlight’s 1998 track, ‘Music Sounds Better With You’.  A closer inspection however instantly reveals significant differences. And the key here is the second and third listens – crucial to any music as art. But it’s genres from well outside the house orbit that Kozalla has been determined to experiment with and employ in various doses. The hip hop influences on ‘Colours of Autumn’, ‘This Is My Rock’, ‘Scratch That’ and Baby (How Much I LFO You)’ are all very different and diversely applied. The undefinable electronica of second single ‘Illumination’ has a lounge and soul feel until its second half puts pay to that. The ambient and electronic but very different folk hues of ‘Music On My Teeth’ and ‘Muddy Funster’ are probably the biggest step outside.

Kozalla enlists a wide array of musical luminaries from all walks of sonic life on Knock Knock. Jose Gonzales, Roisin Murphy, Eddie Fummler, Sophia Kennedy, Mano Le Tough, Lampchop’s Kurt Wagner; every contribution works in its appropriate way value adding rather than just show. Knock Knock may be ambitious but showy it is not and certainly not overblown. And while he manipulates genres in mind bending ways, there’s always a respect not for what they are but what they can do, how they can make you feel. If you’re a member of the genre police or simply wedded to one, Knock Knock may frustrate the hell out of you. But if you’re like this with your music you’re probably not reading this review. While not all will appreciate what they should, Knock Knock is a more than welcome addition to pantheon of dance music releases and right up our alley. And it seems from the press he’s done, DJ Koze is in one hell of a happy place at present. At the end of the day that and a special album is all that matters.

The amazing Knock Knock is out now through Kozalla’s own Pampa Records. Get it here.

From the EP, ‘Pick Up’, Pampa Records.