THE CEREBRAL POP WORLD OF VARSITY 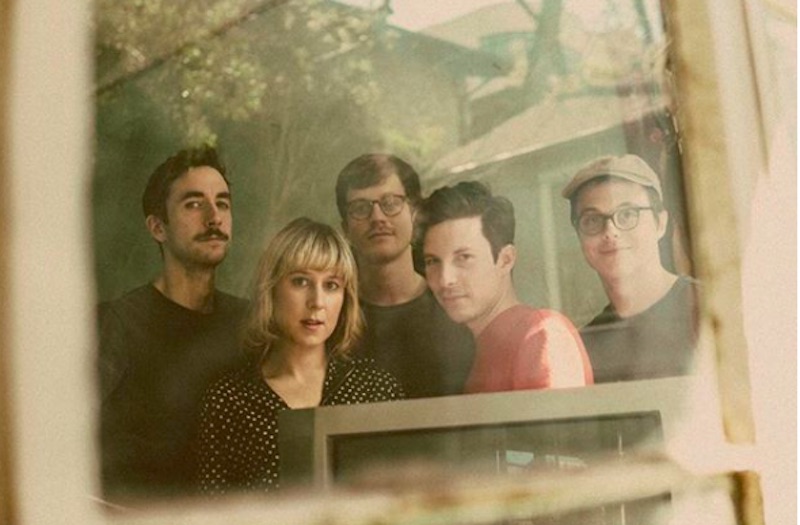 THE CEREBRAL POP WORLD OF VARSITY

“Just…fuckin’…open up your eyes”
“Watching You”

According to their Bandcamp page, Chicago pop quintet Varsity have labelled their new album Parallel Person “…a record about the uphill battle of isolation, popularity, and artistic frustration.”  As per usual for the sweet style of pop they trade in, part twee, part jangle, part revival, the musical sunshine belies the self critical melancholy that is lyrically ever present. It should never surprise that dichotomies exist in independent music as contrast is its musical DNA  whatever the genre or style. For it’s independent artists who are true to what that word means that seek to understand the full gamut of the human experience and the multi-levelled emotional states that come with it. So it is with Varsity.

I’ll give up the alcohol, the temperament, and the clothes
Can I give you discipline, well I don’t know
“Discipline”

Whether its the gorgeously insistent vocals of Steph Smith, the duelling clarity of Dylan Weschler’s and Pat Stanton’s guitar work or the unlikely muscle of the rhythm section courtesy of the Stolz brothers, Paul and Jacob, there is a conflict between the lightness and fait accompli feel that is present musically with the tightly wound lyrics that thread their way through Parallel Person. That fait accompli air doesn’t mean they are abdicating the playing field of life, far from it. That surrender is to universal forces not poor human behaviour and an acceptance that our life is nuanced and finite. We are taught to think we are big, that we can control, tame and have it all. But we are not. We are in fact infinitesimally small and the only thing we can control is to not bring on the demise of ourselves and millions of other species quicker than it would naturally come.

While, all of their tracks deal with the personal, within each of them is the notion that living is accepting that cut down to size. seeing life and ourselves in all its beauty and ugliness that it has to offer. And calling that ugliness out with the greater context in mind of who we are and where we are at is the essence of living. Such thought allows for vexatious discussion and a greater understanding of the microscopic nature of where we fit in the wide expanse of time and space and this can benefit all human relationships. Small problems remain small, insecurity is self acknowledged and its contexts understood. Varsity know we are insignificant in the larger scheme of things, not even a blip in the passage of time but we are all we’ve got. But a head up in awe and wonder is better than a head down in arrogance and ignorance.

I’m so hung up on all the what, the how, the when, the where, the why
I’ll never make but I’ll try
“Lied For You”

There are always trials and tribulations to face in our personal lives and relationships that largely stem from the flow on effects of the fallout from the constant encouragement of base behaviour. These signals to be constantly anxious and insecure about who we are and to behave shiftily and selfishly are inherent in our deeply manipulative and exploitative social, economic and political systems. This record demonstrates the quintet are well aware that human beings are also more than capable of the opposite of this, to be open, honest, caring, sharing and in possession of humility and empathy.

But that doesn’t mean that they’re striving for perfection of any sort, far from it. We are vulnerable and fallible and that’s what sets independent art and culture apart from commercial claimants to these pursuits. It understands that mistakes and the learning stemming from them are not only necessary for personal growth but essential to the evolution of our species. And despite the instructive self-awareness on Parallel Person, Varsity have put forth more questions than answers. In art and in life that’s just the way it should be. And with that humility comes the courage to be self-critical while being acutely aware of the context in which the criticism is occurring. And constructive self-criticism while aspiring to always try bring the aforementioned qualities to the fore despite being constantly indoctrinated to do otherwise is, together with self-acceptance, where true freedom lies.

The three highlights on a strong and consistent record for us all occur on Side 2. The anxiously angular yet sparkling single ‘Must Be Nice’, the infectious swing and melodic tones of ‘Watching You” and the sprawling and hypnotic eight minute  ‘Alone In My Principles’. Listen to those below including the official video for ‘Must Be Nice’ with animation by Shane Beam. Paralell Person is out now on Babe City Records. Purchase your choice of formats, including vinyl, here.

Alone In My Principles