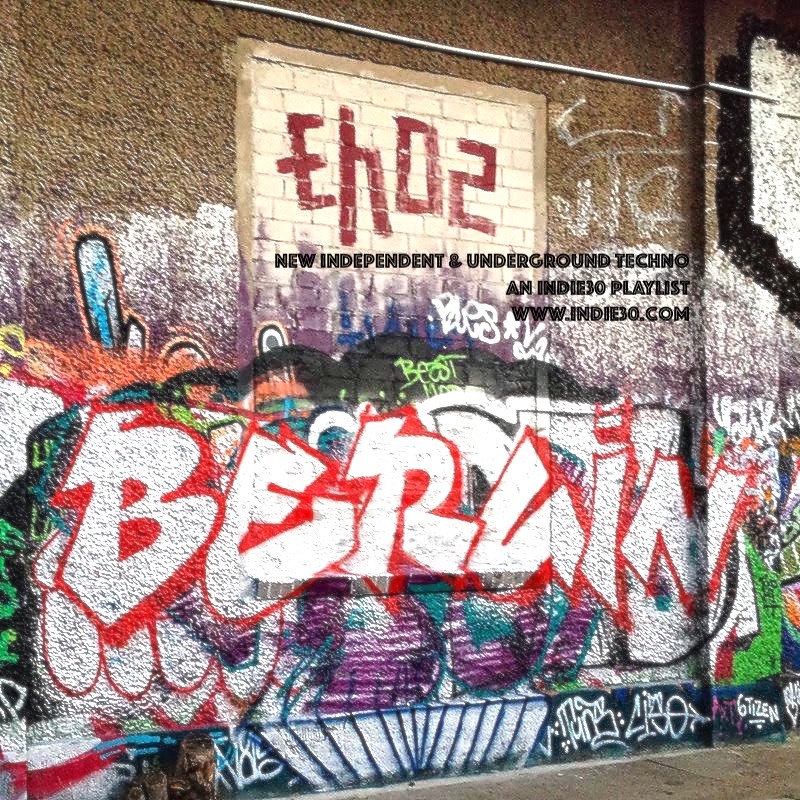 South African born and New York based producer Brendan Moeller buries the recurring synth motif deep inside an enveloping multi speed sound vortex on the excellent ‘Dispatch’, the centrepiece of ‘his new EP under his Echologist for Mord, In Transit.

Selección Natural is the amazing collaboration between PoleGroup mainstays Oscar Mulero, Valentín Corujo and Héctor Sandoval (Exium) and Juan Rico (Reeko).  ‘Negative Selection’ comes from the digital only 2 track bonus EP that accompanies the self titled album and recent Indie30 Album of the Week they released in May to mark the Spanish label’s 50th release. Check out solo tracks from Mulero, Rico (Reeko) and Sandoval (Tensal) further on in this playlist.

Washington DC producers Jackson Ryland, Jus Nowhere make up Rush Plus, the project they began in 2016. Their new EP homes in on what they term as the Third Sound, found in the spaces between audible sounds and aided by velocity and speed, two aspects found in abundance on the busy and pacy ‘Rebirth’.

The Dutch producer’s eclectic new album Voids is an impressive affair and the muscular punch and crunch of the glassy’World Gate’ is one of its standouts.

English producer Felix Manuel is set to release his new album Portraits of Firewood. ‘Sex’ is an amazingly multi-dimensional track that is cloaked in dubstep beats and a techno vibe. Excepts of emotive piano and violin step in to traditionally offset the amazing futuristic sound generation that emanates from expertly arranged percussion and field recordings.

Italian techno soundscapists Sergio Pace and Vincenzo Ferramosca expertly construct a pensive journey steeped in contemporary and traditional approaches on the analog driven ‘Straight To Light’ from their new EP Drops of Heaven.

The lithe, minimal and disciplined ‘Silence’ is the standout from The Healer, the new four track EP on NovaMute from Ghent DJ/Producer Charlotte de Witte.

Mallorca DJ/Producer Dani Sbert’s ultra prolific 2018 continues this week as he leads of our playlist with the authoritative ‘Titanium’, the title track off what we think is his 36th EP or single release to go with his album from late May Beggining of Somethng The Album (sic).

We have no idea who Montrez is but do know three things. He is male. The moniker is connected to Minimal Systems Recordings, the record label of English independent music development and production company Studio Toolz. And the track in composition and production is killer.

The relentless and alarming ‘Forces’ is from Meeting Forces, the new collaborative EP from the Belgian based producers.

Brazilian DJ/Producer ANNA’s new EP Razor was actually released on May 25 but appeared on Spotify only a couple of weeks back. The sharp feel of the title track is very much in keeping with its title and heavily utilises a vintage Roland MKS-80, one of her favourite hardware pieces.

After a warped and disheveled beginning. a commanding beat and hypnotic percussion unsuccessfully try to centre ‘Klade’ the opener of Blawan’s debut album Wet Will Always Dry’ as it continues on its mesmerisingly strange flight path into the experimental abyss.

This playlist is part of a genre based series of revolving 30 track playlists on the Spotify streaming platform. Tracks are roughly ordered by release date and will be replaced by new tracks as they become available. To change things up from time to time we’ll change tracks from the same artist and albumsame release by the same artist or when they become track 31 as others come in. All playlists are regularly updated and limited to original tracks only.

Go to the Spotify icon under Follow Us in the sidebar to your left to access all our playlists including each week’s Top 30 chart covering all genres. More genre based playlists to follow over the next month.

If you like what you hear don’t forget to activate the follow button so you keep regularly updated. Go here to listen on the Spotify web player.