AN EXPLANATION: WE ARE NO FRIEND OF SPOTIFY OR ANY CORPORATE OWNED STREAMING SERVICE; AND THERE IS AN EMBRYONIC ALTERNATIVE EMERGING 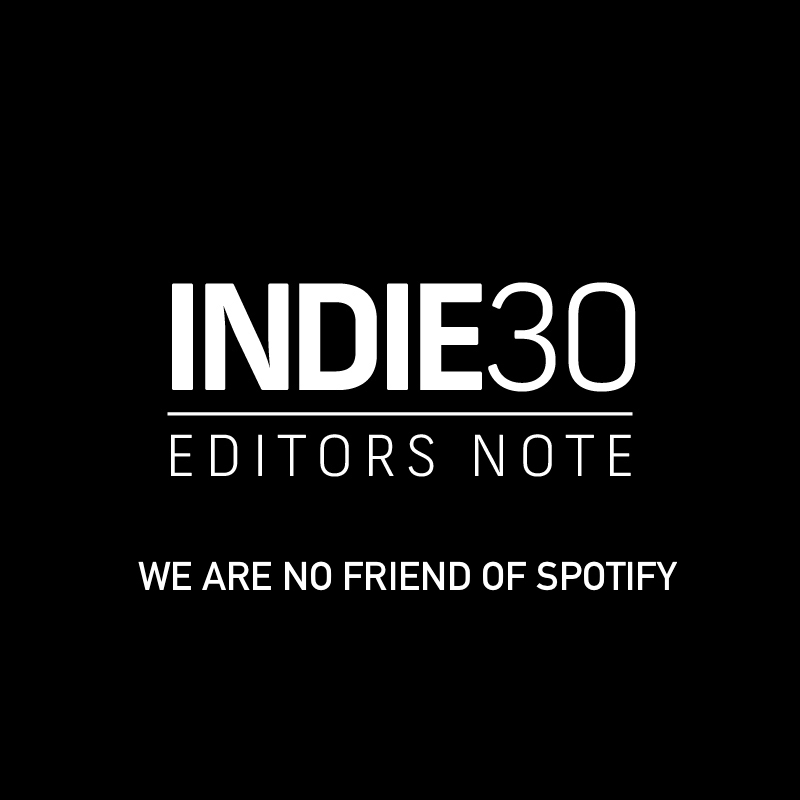 AN EXPLANATION: WE ARE NO FRIEND OF SPOTIFY OR ANY CORPORATE OWNED STREAMING SERVICE; AND THERE IS AN EMBRYONIC ALTERNATIVE EMERGING

It’s taken us 10 years to decide to use a streaming service. It was made with full awareness of what they are, what they do and how they do it.

Indie30 turns 10 years old at the end of this year. As a music blog, we are and have always been totally non-financial and have never had any agenda other than to organically share and highlight great new music. We’re hardly the greatest at self promotion – less than 1,000 Facebook likes in 10 years says it all. Up until the beginning of this year we were wary of and had never utilised a streaming service other than the standard Soundcloud and Youtube to promote or highlight the music we love and have only recently and reluctantly decided to do so. We are very much aware how shit Spotify is and haven’t made the decision to use them to house our new Indie30 genre based playlist series lightly. The decision comes with full awareness of how Spotify and ALL the others who are equally as shit operate. We know how lowly they all value artists and little they understand or contribute to culture or music itself. We know that their renumeration or lack thereof towards artists is worse than an insult. Spotify doesn’t even pay 1c per play. The latest figure is 0.00397cents. It takes 150 plays for an artist and their label to make the total cost of a iTunes digital download. On youtube its even worse. For us Spotify are just an empty shell for our playlists.

Indie30 does not deal in money, we have day jobs and are time poor. Most independent artists upload their music to a streaming service and know they will get no money for it. But they know their music might be heard and we want to help that. In essence Indie30 wants to share more music.

There are a couple of reasons behind the decision to use a streaming service (and we see the word “use” as exactly that). As we’re a small operation, have day jobs and are therefore short on time, we are not able to share enough of the music we recommend and love. Using this platform gives us the chance to greatly increase our scope to promote the artists and music we love in a timely manner that is more than affordable for a non-financial blog. Secondly, the vast majority of independent artists we love are putting their music on the service despite their work being used without fair compensation. It seems many are in the space more to get noticed and their music heard and reluctantly put up with the paltry coin they know they are not going to receive. While we all wait for an artist centred alternative, we occupy the space with equal reluctance until something fairer replaces it. In fact, we were very surprised at the breadth and depth of independent artists on Spotify which ensures the quality of what we select for our playlists will be deep. And instead of sharing 30 tracks each week, we’ll be sharing 210. And why Spotify and not the others. Quite simply, it’s the one we know more about and have used before. None of us have ever used Tidal, Deezer etc and as for the paternalistic Apple, the less said the better.

At the end of the day, the current situation is unsustainable and something will have to give at some stage as it will in a macro sense economically, politically and socially. To have the whole history of music and the vast majority of the current musical environment at our fingertips for a measly $12AUD a month each is just crazy. That measly amount says it all about how little we value music as a society in this digital age where neoliberal economics and monopoly capitalism continue to suck the meaning and value out of life and nameless, faceless investors profit at a distance from the mire and the misery. The artists are getting nothing and the streaming services themselves are making losses year after year. Spotify apparently are still running at a loss – 420 million last year but was recently valued at US$19billion – go figure. Some people are making money though, just not the on the ground people involved in any way with music. Spotify’s executive pigs at the top have their snouts well and truly in the trough – their salaries are at the end of this article. And reportedly the three big giant killers of aural related culture Sony, Warner and Universal, who were gifted single digit percentage Spotify shares to play ball with their music when the Swedish company began in 2008, shed shares in May with the latter two making a killing. For the record, all three have a small share of Spotify which amounts to about 10% between the 3.

Corporate streaming may devalue music in a mainstream context. It cannot do this in an independent context. People who are of the independent counter culture value artistic expression and creativity. We know the mainstream world. And we in part owe our identities to its shallow mediocrity. We suffer its cheap and nasty edifice as it surrounds us every day.

Those at the top of the shallow and mediocre are people like Spotify’s executives, the parasites of the music world. For a list of the latest Spotify executive salaries see the end of this post.

While its a long shot at present, there is a positive alternative. We subscribed to Resonate today, an ethical artist focused alternative to Spotify and the other corporates and would love nothing more than to see this Berlin based #stream2own service become successful. It has a mountain to climb but if every independent artist made their music available on Resonate we’d all be in seventh heaven. For an explanation of Resonate’s business model head to their website but its essentially a not for profit, artist focused stream to own service where listeners can #stream2own in 9 plays and pay no monthly subscriptions. You only pay for what you play and those nine plays of a single song cost the same as as a download which is then yours unrestricted by DRM. #stream2own means artists get paid fairly, and fans can own music again. Resonate is run as a co-op – it is not a corporate entity and it is built on blockchain technology, where fairness is built into transactions up front.

There is a great and current alternative. Resonate is not there yet in artist and volume terms but independent communities need to get long form in thinking and get behind it. 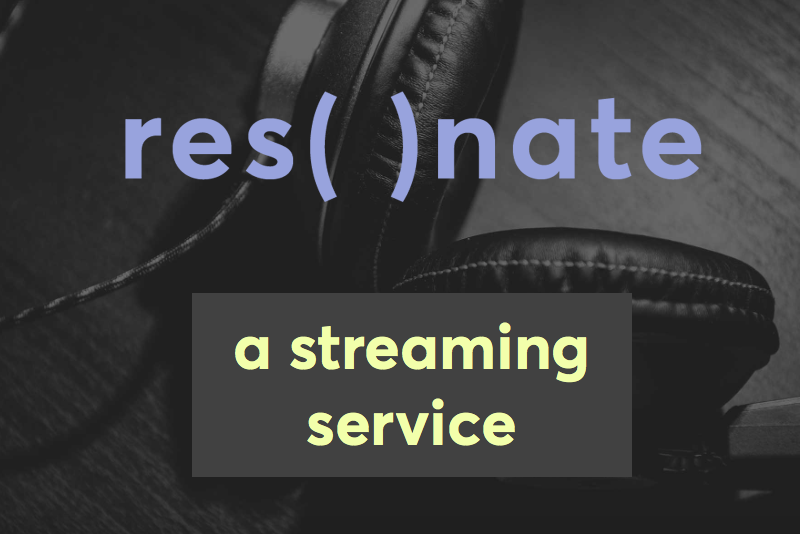 Read more about Resonate’s thinking and reasoning here. By joining the nascent co-operative #stream2own service today perhaps we have taken a small step today to help the dream of Spotify’s demise (along with all the others) and fair payment for artists to come to fruition. The model ticks all the boxes for us – fair and just, non-profit making entity, co-operative?

We will dump Spotify and others like it in a heartbeat if something fairer comes. Until then we will use it while bagging it incessantly

Don’t worry, while we are very loyal to things that are worthy of such, we feel no affinity whatsoever for Spotify and wouldn’t bat an eyelid if it went belly up tomorrow. Of course it won’t because its just a front in the greater scheme of things to monetise and commodify everything – someone or something will use it as a shell for something else. The by-product of which serves to devalue any form of independent thinking and culture. We use Spotify with all of this firmly in mind and would drop it like there was no tomorrow if there was a better alternative. But there isn’t… yet.

Some of the corporate pigs at Spotify (all men)  “earnt” the following amounts. This does not include stock options.