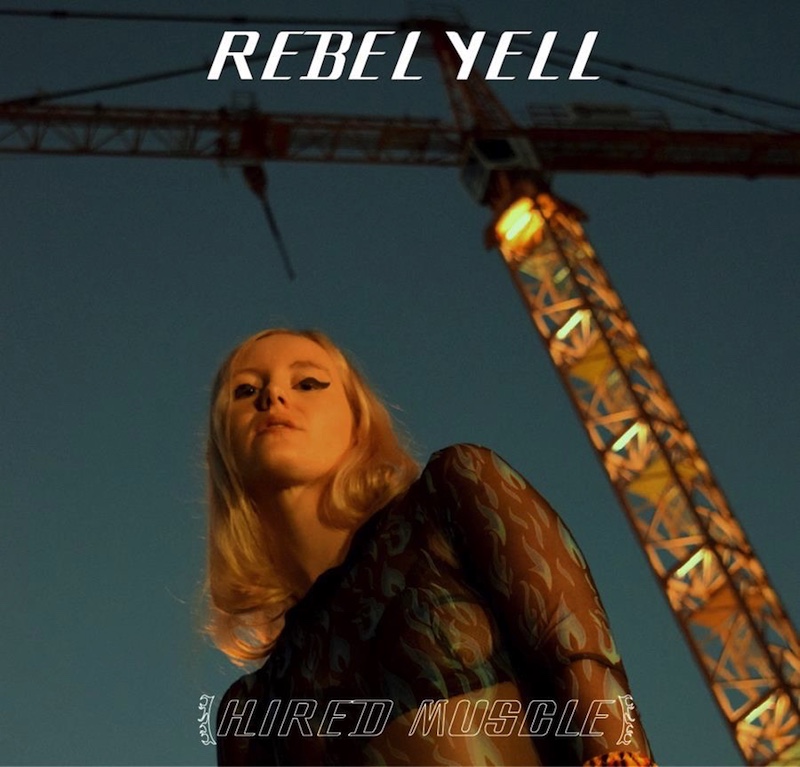 Brisbane Producer Grace Stevenson aka REBEL YELL, unleashed her debut album Hired Muscle today. We’ve been keeping a keen ear on the DIY producer since she arrived on the independent electronic and techno horizon with the amazing ‘Never Perfection’ from the EP Mother of Millions back in 2016. Hired muscle was foregrounded by a slew of singles beginning with the release of the acid drenched ‘High Authority’ this time last year This was followed up earlier this year by the inverted elasticity of the off beat stomper ‘Pressure Drop’ and the straight ahead techno banger ‘Next Exit’ in May with her hypnotic collaboration with Gussy for the hypnotic ‘Stains’ sandwiched between them. Yesterday she shared the fifth single ‘Toxic’, a tough combination of motorik, punk and acid techno. And this weekend she will be programming Australian music video program Rage where she will premiere album opener ‘Power City’.

Stevenson is under no illusions as to the reality of being a left field, independent, let alone female, electronic music artist in Australia. With its small population, small number of vibrant cities and small and rather isolated independent and underground music communities, the venues and numbers aren’t there to reach any economy of scale. While Brisbane might be the country’s third largest city, there’s little scope to make a living out of making the kind of fiercely independent ‘fuck you’ kind of industrial and acid techno made by REBEL YELL. There’s little scope even if your swallowed up and spat out by the outliers of the three majors either and Australian music history is littered with forgotten, washed up “Number One” artists, many of whom ended up used and abused by and in significant debt to these fuckers.

No matter though because her debut exudes a sense of tough gay abandon and you can tell instantly that Stevenson was in her element when she made each and every track – and that’s what matter in the end. And its always make fun of and  tell a bunch of musically irrelevant dickhead males in the musically irrelevant commercial music industry where to go. That’s exactly what she does on ‘Toxic’ complete with another wicked Triana Hernandez video which parodies the false poser “lifestyle” of the cardboard cut-outs who inhabit commercial music. Watch it below. It’s the latest in a rich assortment of vids that have accompanied each of her tracks thus far. With that in mind, you can purchase the album here through Rice Is Nice complete with swiss army knife USB including a digital download of the album and a video clip for each track – bandcamp purchases only

And in case you missed it like we did in March, see Stevenson grace the 4ZZZ studios where she ran through five tracks from the album live – setlist below. She has three live dates in the three biggest Australian cities in July too. Details below the live-in-studio performance.

From the album, ‘Hired Muscle’, Rice Is Nice.

From the album, ‘Hired Muscle’, Rice Is Nice.