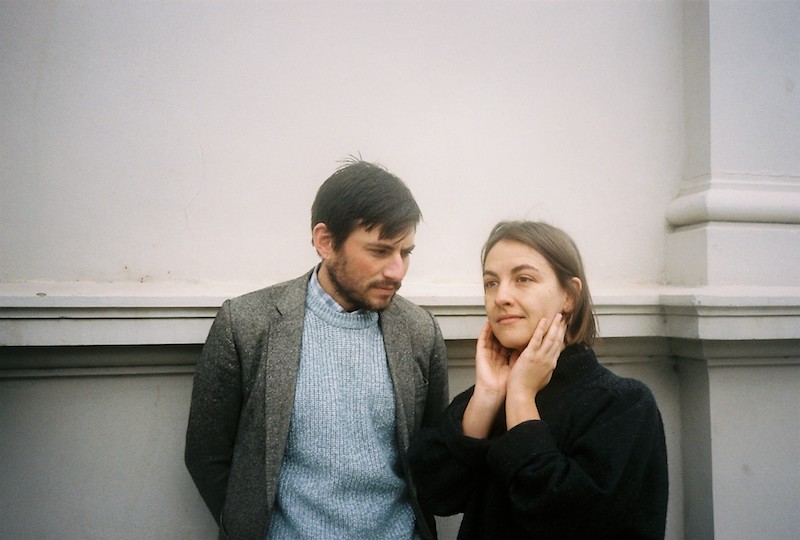 “But I can listen and I’m sincere”

Just four months after releasing their DIY debut full length When It Ends, Melbourne via regional New South Wales artists Emma Russack and Lachlan Denton today release their second album, Keep On Trying. With Dylan Young (Totally Mild) on drums and keys and Denton’s The Ocean Party bandmate Liam Halliwell (Pregnancy, Ciggie Witch, Jade Imagine et. al) on bass, it was recorded and tracked in a single day at Denton’s house with Halliwell, as he often does for the coterie of bands and projects he’s associated with, taking on the mixing and mastering duties. The quick turnaround between the debut and this record should be of no surprise to those familiar with the pair’s modus operandi. As Denton has revealed, this quick fire process is very much in keeping with the free and spontaneous ‘in the moment’ approach to writing and recording that he and his associates have often utilised over the years and Russack returned to the practices of her early years with a similar approach recording wise on her 2017 record Permanent Vacation.

The first single is the Denton sung and piano centred ‘I’m Right Here’, an open and honest affair delivered as ever in a self effacing manner with heart on sleeve. While the breezy rhythm, warm tones and twinkling pop sensibilities exude confidence, lyrically it’s a serenade that oscillates between resigned melancholy and celebratory surrender. A serenade that seeks to make peace with self-perceived inadequacies by laying them all bare in a daring quest to be comfortable enough in your own skin. Comfortable enough to both fulfil the needs of the one you love and accept their comfort and intimacy in turn. Indeed, its a blueprint for much of the rest of the record as across their eight originals Russack and Denton both grapple arms open with freedom and responsibility, finding beauty in simplicity, their own perceived shortcomings and the simultaneously fraught and exhilarating idea of giving in to human connection, love and relationships.

It’s about continuing to try on multiple levels. Trying to believe your good enough to cut it with a significant other and trying to ameliorate the unrealistic self-expectation producing the thinking that you’re not. It’s about trying to find deeper levels of meaning and engagement content that much of what you’ll experience with and around that person is and should be out of your remit. Trying to come to new and more expansive understandings and finding realistic demarcations of dependence and independence. It’s about trying to be more forgiving and understanding of the self and others. Not easy tasks when all the while your having to navigate around an equally unrealisable and unobtainable default position that a society lacking in integrity and meaning has set for you. But it’s also about trying to find time. Time to bask in the glow beyond the intimate and trying to find ways for that glow to linger and carry over. And most importantly, it’s about trying to let go and find ways to just be.

But if you think such musings make Keep On Trying heavy going you needn’t worry. Those familiar with Russack’s solo releases and Denton’s work with The Ocean Party well know that their ability to convey introspection and observation is steeped in veracity and humility which more often than not comes in vignette style with a pop palate. Clocking in at just 27 minutes their originals here along with the two covers, ‘Take Your Time’ (Paul Kelly) and ‘On The Beach’ (Jake Core’s Soda Eaves) positively and effortlessly float by with the aforementioned ‘in the moment” feel they were created with, neither throw away or superfluous nor guarded or precious. As the album’s title suggests, Russack and Denton will keep on trying, continuing to explore, observe and question, getting ever closer to being content and safe in the knowledge they’ll neither make sense of all they see or find answers to all they seek.

Keep On Trying is out today (18/7) on Osborne Again. Listen to ‘I’m Right Here’ below and purchase a copy of the album here.

From the album. ‘Keep On Trying’, Osborne Again.