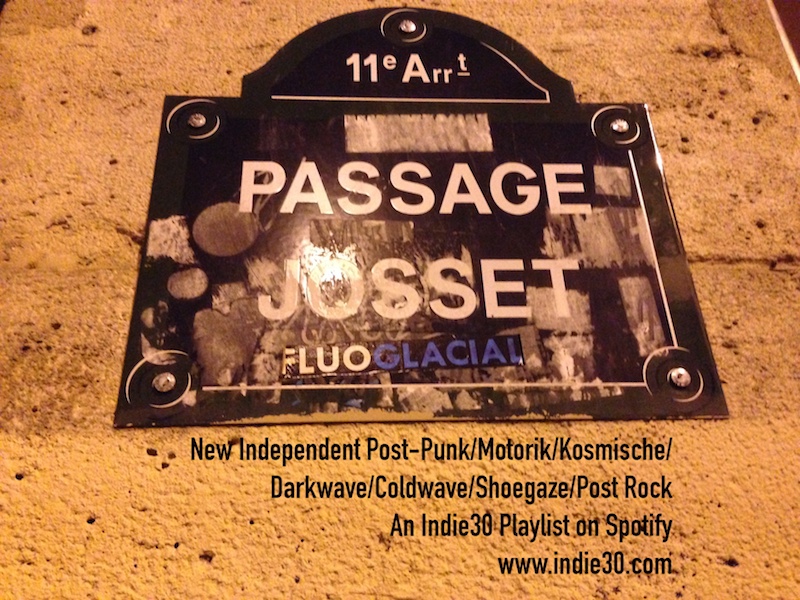 JULY 30 UPDATE: Perth punk trio Hideous Sun Demon get things off to a willing start with the excellent album track ‘Crap Revelation’ from their impressive new album Fame Erotic Dream. The  spacious ‘Teflon’ from Seattle’s Spesh is next giving immediate point of difference before late 90s-early 00’s channeler and Seattle transplant Eric Elbogen’s Say Hi gives another again with ‘I Just Wanna Go Home’. Philadephia’s Swearin’ return after a five year absence with the canny and distortion heavy ‘Grow Into A Ghost’ highlighted by Alison Crutchfield’s excellent vocal performance. Next is Newtown CT post punk/alt-rock hybrid Ovlov  released their new album TRU a week or so back and the half Ought/half Dinosaur Jr inspired ‘Tru Punk’ is one of its best. New Jersey’s Dentist combines melodic new wave with 60s pop on their single ‘Night Swimming’ off their new album of the same name while Reykjavik’s Kælan Mikla quickly follow up previous single ‘Lítil Dyr’ with another angsty affecting offering, ‘Manadans’.

Sydney drunk rockers Pist Idiots would probably say what the fuck are they doing in a “post-punk” playlist. They’re probably right but we couldn’t give a fuck either because their new album Princes is killer, plenty post 78 and deserves to be heard. Where else were we going to put it anyway? The relentless ‘Smile’ is our pick from it.

Auckland artist Hayley Smith’s Dead Little Penny mixes fuzzed out guitar with ethereal synths and the weighty echo laden ‘U 4 Me’ is her all too brief new single. Köln’s C.A.R. combine  a number of classic West German influences in the kosmiche/motorik & jazz influenced ‘Dick Schaffrath’  while Oakland’s Tanukichan land in the right playlist this time with the motorik driven sweet lo-fi of the title track off her new album ‘Sundays’.  Brian Christinzio’s BC Camplight is back three years after being booted out of the UK  telling the sad story on ‘I’m Desperate’ from his new album Deportation Blues and Sydney darkwave artist Marc Dwyer aka Buzz Kull dropped his synth heavy new single ‘Avoiding The Light’. ‘Watch’ by London’s noir driven post-punk quintet FLOAT IS the penultimate of the 17 new tracks added over the past couple of weeks while Sacramento new wave/independent rockers Soft Science complete the new additions with some generous Stone Roses inspired action of ‘Sooner’ from their new album Maps.

30 tracks all told regularly revolving and regularly updated. You can access all our playlists on the front page of the site.

Older updates below the playlist.

JULY 16 UPDATE:  Two new tracks from two bands not averse in their own deadpan way to spelling out how bad things are on all levels at present as neoliberal economics and social conservatism continue their relatively successful attempt to suck vitality and meaning out of society. Bristol experimental & motorik trio Beak>are set to release their third album, aptly titled >>>. Set for a September 21 release on Invada Records and Temporary Residence, the second single is the rather pensive and bleak ‘Brean Down’, an observation on how disconnected the connected have become. New York City’s BODEGA take a similar path but deliver it more acerbically with the third single ‘Jack In Titanic’ from their debut album Endless Scroll released a week or so back on What’s Your Rupture.

JULY 13 UPDATE: A particularly poignant lead track heads the 10 new ones today. The recently released Amends will be the last ever release from Them Are Us Too, the band of Kennedy Ashlyn and the late Cash Askew, who passed away in the Oakland fire of December 2016. Made from the original demos by Ashlyn with help from Cash’s stepfather Sunny, her partner Anya and friends Josh Eustis and Matia Simovich, its six substantive tracks include the outstanding energy that emanates from ‘Floor’, a track more than suggestive of what the world’s independent music community have lost.

Following Reykjavik dark punk trio Kælan Mikla have a killer new single out called ‘Lítil Dyr’ which begins in somnambulist fashion before Laufey Soffía explodes at its three and a half minute mark spewing forth some what I’m sure are home truths in her native tongue. Portland quintet Tender Age are next with the fiery opening track ‘Don’t Mind’ from their new album Becoming Real Forever while Los Angeles post rock duo El Ten Eleven are due to drop their tenth record shortly and ‘You Are Enough’, a seven minute work of art is the first cut from it.

We’ve moved HTRK to the playlist they belong to this week as the second track. ‘More To Enjoy’ surfaced with the full release 0f the double A sided single Drama. It’s a perfect accompaniment to the excellent ‘Mentions’. Melbourne Cans released their new record Heat of The Night today through Lost & Lonesome and the winding ‘Bellyache’ is the third single from it. RDTK is the new project of Brazilian duo Ricardo Donoso & Thiago Kochenborger and the next track, the hypnotic ‘Shadows Arrive’  comes from their album Affective Forecasting.

The next track  from Denver’s A Shoreline Dream is ‘In The Ready Sound’ which has an affecting eighties vibe to it. It’s from their EP Waitout. Catalonian post rock quartet Mourn return with a new album Sorpressa Familia for Captured Tracks and our pick is the 90s inspired rockout ‘Strange Ones’. Washington DC trio Flasher also have a new album out Constant Image. We’ve gone with the insistent ‘Material’. Another trio Florida’s Astari Nite trade at the apex of new wave and post punk and their new single ‘Unfulfilled Promise’ is no exception. There’s also a powerful alternate track from Lauren Lakis ‘Twice Is So Nice’ and like with HTRK, we’ve also brought Death Bells over to where they belong with Echoes off their new double A sided single.

June 29 UPDATE: Our sixth genre based playlist which focuses on tracks with a punk, post punk, motorik, shoegaze and dream pop bent makes its debut just in time for our mid year break which starts today and lasts until July 13. After kicking off with Adelaide shoe gazers Blush Response who we are featuring at present in our Long Read series, who are followed by American bands Western Medication, Hypoluxo & Ovlov. No less that six Swedish bands make an appearance kicking off with  Gothenburg’s Rome Is Not A Town and Agent Blå,  Malmo’s Kluster, Sista Bossen and Echo Ladies and Stockholm’s Sudakistan. Other acts to feature include Melbourne’s Press Club, School Damage, Melbourne Cans and Lowtide, Nantes shoe gazers An Ocean Of Embers and Italian bands Starframes and In Her Eye among others.