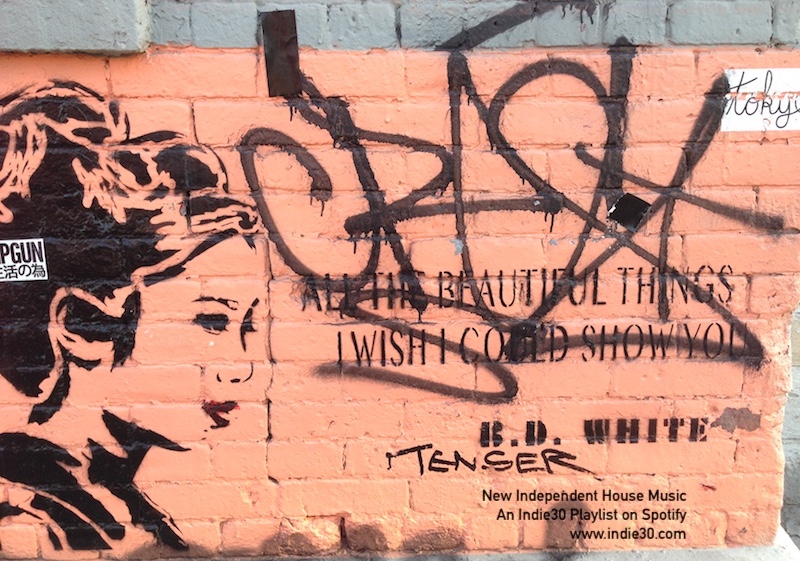 PLAYLIST UPDATE – 15 AUGUST: Melbourne DJ/producer Planète  joins the fray with the superb Res Cogitans’ from his new EP Continuum as does Belgrade equivalent Lelú with ‘blushing for you Aliras’ from Feet Inna Sand.

PLAYLIST UPDATE – 11 AUGUST: There’s a plethora of classic groove laden House around the place at the moment as some of the eleven new tracks added to our House Playlist since the last update show. The first two tracks and latest additions sport two intensely pleasing bass grooves. The first, is the newly self released single ‘Mess’ by Italian DJ/Producer Roberto Pedoto while the second ‘In The City’ comes from the US west coast through veteran musician/DJ/producer Damon Riddick aka Dam-Funk off his new EP Architecture II. Next is French producer Sebb Junior with his uplifting classic house inspired new single, ‘Reason’ before Ibiza based Chilean Francisco Allendes takes centre stage with his track ‘Eres’ from a new split EP with Hungarian Mario Domjan, aka Collective Machine out tomorrow on 8Bit. Nathan Micay (aka/formerly Bwana) has a new EP out on Whities under its catalogue number of 017. Its excellent A side ‘First Casualty’ is both in this playlist and out Top 30.

Spewing we missed its original release date back in June because the latest multi-genre EP Dark Outside from French electronic/house/techno artist Leo Pol is a winner in all respects – . The opening track ‘Caliente’ s arguably the most house driven of the four and is featured next – more on the Bass Culture released EP which recently scored a digital release soon. That’s followed by German electronic experimentalist Northern Dusk with the stunning ‘My Love’ the track chosen to launch San Francisco label Routine Espresso‘s six track compilation EP Trying Not To Lose You. St Petersburg Dj/Producer Ewan Rill comes straight after with his ultra smooth ‘Vessel Of Water’ off his new EP Bunch Of Sticks on Sever Records. Dizharmonia then weighs in with globally focused ‘Fos’ off the soon to be released Telos EP on Souq Records.

Stockholm label Clouded House assembled Swedish DJ/Producers Lukas Lyrestam, Gideon Forceman & Ludvig Franzen to each contribute a track to Sthlm 4Ever representing the best aspects of city’s rave scene and culture. The Franzen track is the thrillingly circular ‘Lie’ and enters the playlist as Lyrestam’s did upon the EP’s release date. Frederic Berger and Patrick Buck aka Kaiserdisco & Karotte, are next in line with ‘Crane*’, an excellent exponent of what tech-house can be done with eyes firmly on the essentials of both its antecedents.

Next is San Diego’s Demuir who put out a new EP in late July for Jump Recordings called The Nancy Dilemma. the spritely warmth of ‘Are We There Yet’ is our pick from it. The second track that entered after the last update and the penultimate of this update is the ten minute groove ’21’ from German Dj/Producer Alexis Cabrera. Its the title track on a  new EP for Ray Okpara’s AMA.

And last but not least and a track that should need no introduction is our current number seven, the brilliant ‘Rix’  by Montreal based French artist Groj.

*Wrong track originally included. The B side ‘Stork’ was mistakenly included as ‘Crane’, the EP’s A side.