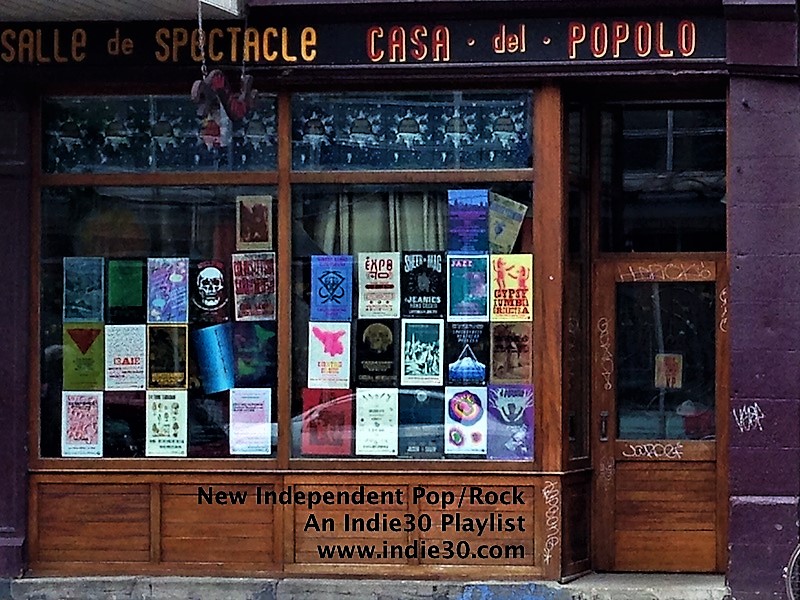 AUGUST 13 UPDATE: Multi instrumentalist Katherine Paul is set to deliver the debut album Mother of My Children for her new project Black Belt Eagle Scout through Saddle Creek on September. It’s first single, the enticingly raw lo-fi sludge of ‘Soft Stud’ gets the updates rolling in our Pop/Rock playlist. Following that is the dramatic post punk of ‘Distance In The Line’ the second ever single from Melbourne outfit Dark Fair and out through Poison City Records. It’s their second ever single. The third new track is from David Loca’s Part Time who has teamed with Ariel Pink for the yearning ‘I Can Treat You Better’ off his upcoming album Spell#6 set for a November 2 release on Burger Records and Tough Love. English five piece Llovers are fourth up with their new single ‘Go Get Her Go Getter’ out on Modern Sky.

Next up is ‘Shallow Water’, the new and third single off Indigo will be the last from Jack Tatum’s Wild Nothing before that album drops August 31. That’s followed by London outfit Cosmic Strip, who have a new self released single out called ‘Heavenly’. It’s the first track to come from an as yet to be announced debut EP out later this northern hemisphere summer. The upbeat and optimistic ‘World’s Last Payphone’ is next from Washington DC trio Dot Dash who recently released their new album Proto Retro on Beautiful Music. New York’s Wild Pink released their new album Yolk In The Fur in late July and the latest single ‘Love Is Better’ completes the update.

For past tracks read the older updates below the playlist.

This Pop/Rock playlist is part of a revolving genre based series of seven 30 track playlists we share on the Spotify streaming platform. Tracks are roughly ordered by release date and will be replaced by new tracks we like as they become available. To change things up from time to time we may change tracks from the same artist and release. All playlists are regularly updated and limited to original tracks only.