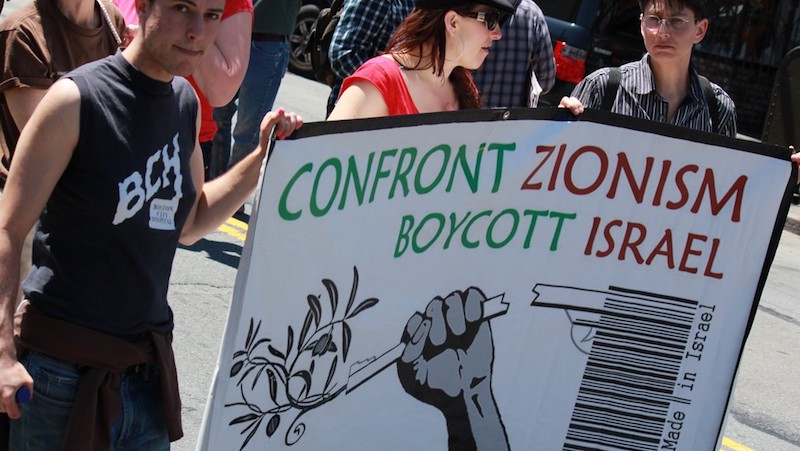 Recent actions by festival organisers in Germany to censor and prevent artists who support the BDS campaign on Israel from playing and the recent publicity surrounding the Meteor Festival in Israel where we discovered to our disappointment that a number of artists whose music we enjoy and promote are involved has necessitated us to declare publicly where we stand and what the cultural boycott actually means.

It is important to note that while Indie30 has always supported the 2004 call by Palestinian artists to culturally Boycott, Divest from and Sanction Israel for its ongoing occupation of and consistent human rights violations against the Palestinians, the cultural boycott is institution focused. The Palestinian organisers of the campaign have always stressed that it does not extend to individual Israeli artists who have remained outside the Israeli government’s propaganda and hasbara machine and sought no significant support from the Israel government (Artist grants without strings are fine) Even then, it would be a stretch to identify an individual artist unless that artist was overtly supportive and a clear beneficiary of his or her country’s crimes. Read the FAQ’s about the cultural BDS on Israel here.

Overwhelmingly we are making the stance for two reasons. Firstly, because Palestinian artists and academics have asked us to. It was their call for us to join Palestinian artists and intellectuals in peaceful protest and encourage governments and civil society globally to apply economic pressure and force Israel to end its brutal and oppressive occupation. This becomes even more important now because of Israel’s move to enshrine inequality in law and become an officially discriminatory Apartheid state inside Israel proper.

It is these Palestinian artists who are arbitrarily banned or deliberately delayed from travelling abroad by the Israeli military and are prevented from pursuing their artistic endeavours. And it is they, alongside Palestinian academics, who in 2004 asked for the support of fellow artistic communities around the world in their just cause to gain the freedoms that Israeli artists have. We have been fully aware of the situation in Israel and the Occupied Palestinian Territories since 1987 and fully support the Palestinian people in their quest for justice and freedom.

If artists wish to visit and play in a country who has illegally occupied the land of another for between 51 and 70 years, subjects them to siege and military rule, unashamedly abuses human rights, denies artistic and other freedoms and is an Apartheid state then that is their right. It is also the right of others to point out their short-sighted folly in supporting such a state, consciously or otherwise. It is also the right of others to refute Israel’s lies and distortions and refuse to allow them to use art and artists to normalise their actions (hasbara).

Despite what the Israeli propaganda and whitewashing team are attempting to do in terms of painting BDS supporters like us as terrorists sympathisers and anti-semitic, the global anti-racist, non-violent, pro-human rights and civil society led campaign is not only a peaceful act, it is a moral imperative and the ethically correct position to take We at Indie30 wholeheartedly supports the BDS campaign and since we began in 2008 and as a result have not and will not feature any artists or music from the state of Israel until;

Indie30 stands united with the rest of decent civil and artistic societies around the world to condemn Israel’s ongoing war crimes and massive human rights violations against the Palestinian people.

Israel is a rogue state whose military still rules with violence and abirtrary law over the lives almost three million Palestinians in the West Bank and subjects children to military courts, trials and prisons. Israel has kept two million Palestinians under semi-starvation conditions inside the Gaza Strip under a 10 year siege where no-one can in or out without an arbitrary Israeli decision. And its has bombed this civilian population with impunity twice killing thousands of innocent Palestinians in their homes and we have all seen the Israeli snipers wreak carnage on more civilians for exercising their right to protest their treatment and commemorate the 70th anniversary of being ethnically cleansed from their homeland.

Indie30 fully opposes any whitewashing of or excuses or support for these crimes and abuses.

Because the Palestinians are on the right side of history and morally, ethically and lawfully are correct in their resistance to occupation and their right to call for a peaceful boycott of the country that is oppressing them.

Because Israel has no defence for the ghastly hatred they have displayed for the last eight decades in their treatment of an entire people and history will be very harsh on them.

Because the western world, including our sycophantic conservative government here in Australia, is so completely biased and one sided in their support of Israel and stands complicit in its enabling of the rogue state to take to the Palestinians with unending impunity.

Because the western media deliberately lie, skew and omit information about the issue every time they cover it when they present it as somehow an even fight between two combatants. It is not, it is a conflict between a country with a military possessing nuclear weapons against a people whose most formidable weapons are home made rockets who have no guidance systems and cannot be aimed at any particular target as as a result. It is a country with the latest in weapon technology against a people with rocks and stones.

What about those “good” Israelis who just want to live their lives and play their music? What about them? They won’t be in danger of being shot at because they are at a protest to protest the foreign occupation and theft of their land and its ongoing theft. They won’t be in danger of waiting in their car at a checkpoint hoping the young 20 year old charged with holding Palestinian life his hand will let a pregnant mother make the hospital on time to give birth this and Sol deed and by law, Israel as an illegal occupier and an apartheid state makes every Israeli of Jewish descent a beneficiary of their country’s ongoing theft of Palestinian land and resources through military control, law and settlement building and discrimination against Palestinian citizens of Israel through laws that restrict and discriminate against non-Jews in a Jewish State, especially Arabs. Every Israeli is a beneficiary of this special treatment they receive by virtue of their religion. And that includes Israeli artists. Israeli citizens as artists cannot tour places like Europe as if nothing has happened. Until it stops its violent aggression against the Palestinians and stops stealing their land, Israel does not have the right to be a respected and normal member of the international community. And Indie30 and independent communities all around the world will always stand with the oppressed against the oppressor.