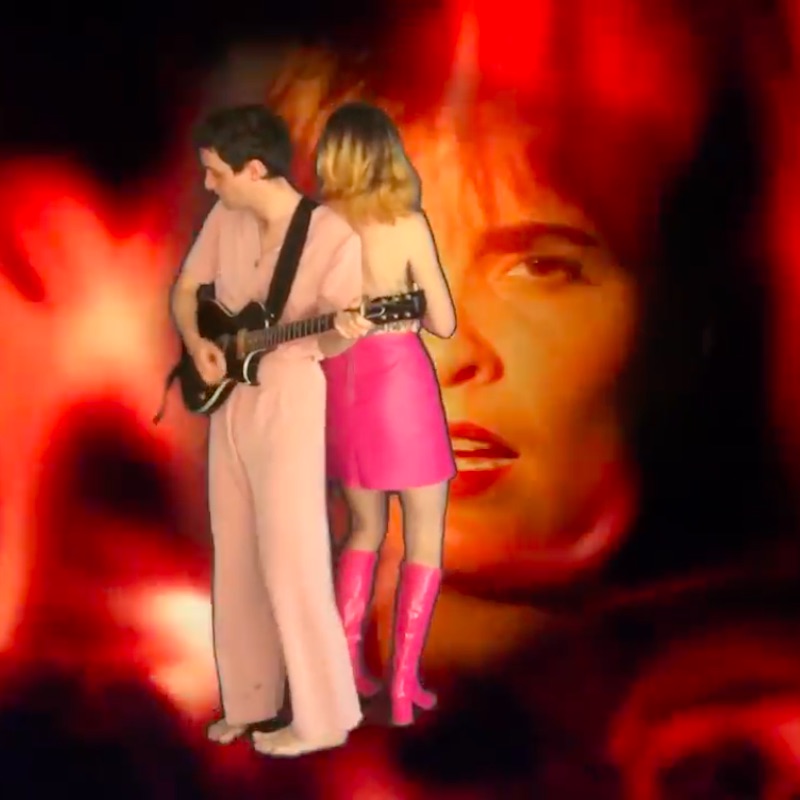 If you are unfamiliar with the intricate folk/rock/pop stylings of the acerbically named and acutely socially aware Naarm* outfit Cyanide Thornton you need look no further than the preamble to the new video for their delicate, open and inviting new single ‘Hot Air’ to know what makes the Sienna Thornton led trio tick. For ten telling seconds, it insists you understand that its exquisite self aware video was filmed on the stolen land of the Bunurong and Wurundjeri people of the Kulin nation (Melbourne) and on the stolen land of the Gadigal people of the Eora nation (Sydney). The Eora being the first of over 300 Aboriginal nations across the continent to be invaded across 150 years of British and subsequently Australian colonisation. And they were also the first to have bravely and doggedly resisted that invasion despite being up against the ravages of disease and the rapacious nature of a colonial settler society insistent on its racial superiority and determined to smash and take all in its path.

Australians know very little of the 12 year guerrilla war against both regular and irregular British forces between 1790 and 1802 fought by an alliance of the Eora/Dharuk and Tharawal nations under Australia’s first resistance leader Pemulwuy. A war that almost brought the settlement of New South Wales to its knees. They also remind that neither the Eora, Kulin or any other Aboriginal nation has ever conceded sovereignty and that the nation of Australia will continue to be morally and ethically illegitimate until it faces up to its past, enters into a process of Makarrata with its First Nations people and begins the long overdue process of negotiating the myriad of treaties with each nation that have been long and sorely needed. The beautifully poignant and deeply respectful 2017 Uluru Statement From The Heart awaits a hearts and minds response. The video’s up front statement also makes reference to the Mapuche conflict, the ongoing struggle of the Mapuche people for land rights and autonomy with the Chilean government in the area around Patagonia that also spills into modern day Argentina.

That the musical and arts community that coalesce around Cyanide Thornton, Sienna’s other band Two Steps On The Water, their record label Bedroom Suck and other independent artistic groups and collectives in Melbourne are not only aware of the ongoing injustice against the First Nations people of this continent but are prepared to shout it from all corners is of great importance and should not be seen lightly. Such is the fundamental social and political importance of independent and underground artistic communities of all socially and racially diverse stripes. Melbourne is a leading light in this sense.

‘Hot Air’, which explores the difficulties of difference and distance in relationships and finding alternative ways to give of yourself and love, follows on from the ornamental elasticity of first single ‘Weight’ and both will appear on the band’s deeply observational and intensely emotional seven track self titled debut album due for release on November 9 through Bedroom Suck. Driven by Thornton’s diverse and commanding vocals and complex guitar work and backed by Ellah Blake’s appropriate and complimentary contribution on drums and David Pesavento’s subtle yet enveloping bass lines, the attention to compositional detail and patience in songcraft is immediate and apparent throughout. The embellishment of strings too adds to the depth of feeling that’s ever present. Not a second of this record veers anywhere near pedestrian territory.

And in what has to be one of the most gorgeous videos of the year, the trio continue the Melbourne tradition of making self-aware absurdist videos to be juxtaposed against the profundity of a given track’s subject matter. Cyanide Thornton will see release on November 9 and will be released by Bedroom Suck & Remote Control (AU/NZ), the Omnian Music Group (USA/CAN), Cargo Records (UK/EU). Pre-order the album digitally here while the vinyl is available here.

From the forthcoming album, ‘Cyanide Thornton’, Bedroom Suck. Out on Nov. 9.


*Naarm is the place name the Bunurong people of the Kulin nation named the bay which the city of Melbourne was built on and around.

Disclosure: James Stocker, Indie30 editor and the writer of this piece is also a Secondary School teacher of History and an Aboriginal Education Teacher (AET) who has worked alongside Aboriginal students and their families for almost two decades in the long and ongoing struggle for social, educational and historical justice.