BARRIE ANNOUNCE THEY ARE HAPPY TO BE HERE 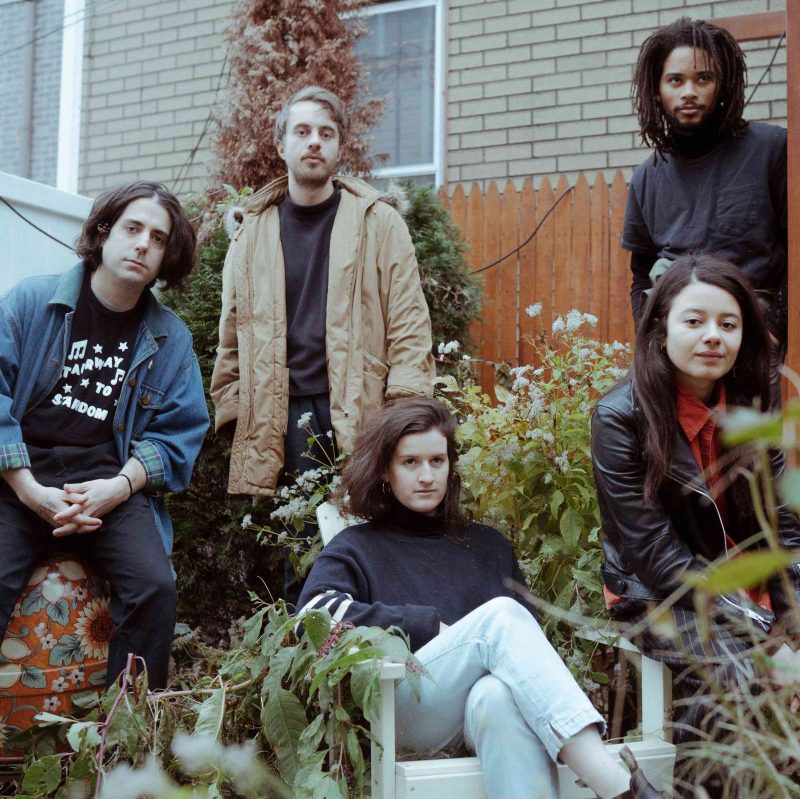 BARRIE ANNOUNCE THEY ARE HAPPY TO BE HERE

Brooklyn pop quintet Barrie are set to release their debut album this coming May titled Happy To Be Here. With a string of sensational, über cool singles released last year behind them including the amazing ‘Canyons’ which parked itself in the Number 43 spot in our Top tracks of 2018, we’re happy to report that the first album from the outfit led by Boston native Barrie Lindsay more than delivers on the promise those tracks inspired.

After the release of those singles, Lindsay spent many a late night in mid 2018 penning what would become Happy To Be Here alone in her Brooklyn apartment and that contemplative feel and nocturnal sheen is ever present across the record. While Barrie is largely multi-instrumentalist Lindsay’s project and along with her distinctively gorgeous vocals she also plays guitar, bass, synths and piano and did so on the record, it’s far from a solo venture as Lindsay was insistent early on both producing and recording her tracks as a full band.

Landing in Brooklyn from Boston, she assembled the talents of four diverse musicians who were like herself from outside New York City. Spurge Carter (synth, backing vocals) is from Baltimore and fellow and techno and house lover Noah Prebish (synth, guitar) is from upstate New York while Dominic Apa (drums) hails from London and Sabine Holler (bass, backing vocals) from São Paulo via Berlin.

The final piece in the jigsaw was the enlistment of Jake Aron (Snail Mail, Solange & Grizzly Bear) to co-produce with Lindsay with assistance from Carter, Apa and Prebish and together they recorded album in August. Holler herself wasn’t able to be present during the recording process due to visa issues but still contributed backing vocals remotely from Berlin which is indicative of Barrie’s determination to be of an inclusive bent.

As a bonus, none of last year’s singles ‘Canyons’, Tal Uno’ or ‘Michigan’ appear on the record so Happy To Be Here gifts us with 10 brand new, in the words of the band,”well-crafted pop song (s) that’s (are) a little bit fucked up”. The result is no better evident than on the laid back jaunt that is first single ‘Clovers’ which is dripping with pop sensibility as the band’s immerses the listener in a dreamy slow jam.

In fact the dual pace feel that’s ever present across the record gives the album a sort of laid back energy where there is much to take in but only ever at one’s own pace, for both the band and listener alike. From ‘Clovers’ to the AM Pop/Funk hybrid of opener ‘Darjeeling’, the chugging insistence of ‘Habits’ and the delicate soulful sojourn that is ‘Saturation’, the cohesion despite the diversity and experimentation on offer is most impressive.  In the words of Prebish;

“Part of what makes Barrie greater than the sum of the parts is that it’s actually a bunch of freaks working together to make super accessible, satisfying music. So there’s a somewhat experimental nature to the approach.”

And in the sense that the record was a team effort and that produced its diverse flavour, Lindsay herself states that it is the differences in terms of their musical and artistic backgrounds that was the key factor producing cohesion that forms around her songs as a whole;

“The scaffolding of this album is moving to New York and finding these people that make up the band. We’re very different, but we cover each other’s gaps personally and creatively, and are eager to learn from each other.”

Happy To Be Here is out on Bloomington Indiana based indie Winspear Records and surfaces on May 3. Pre-orders here.

From the forthcoming album, ‘Happy To Be Here’, Winspear. Out on May 3.