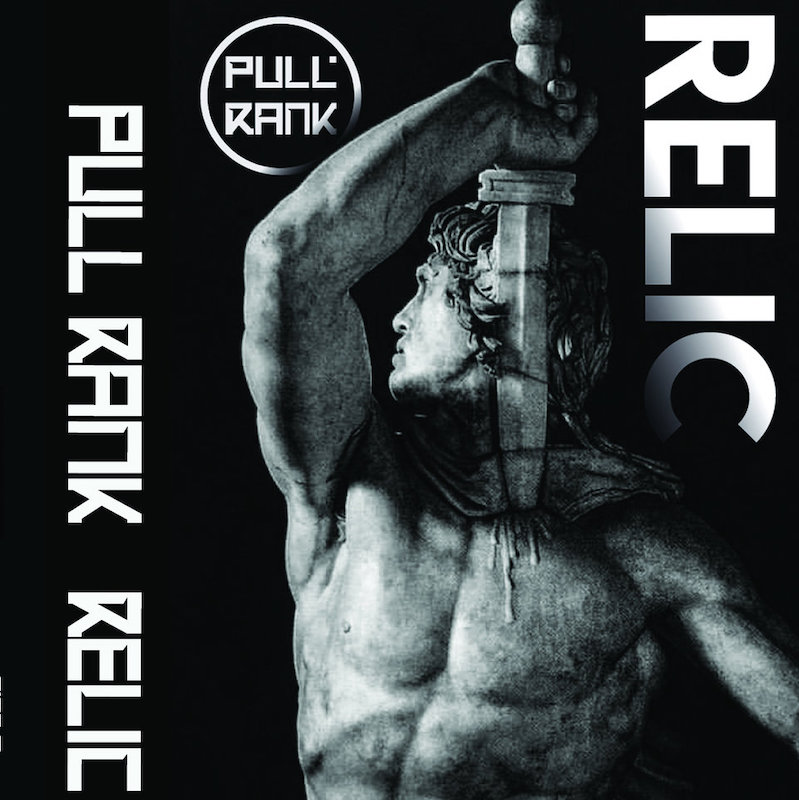 Glasgow electronic and industrial experimentalist Richard Fairgrieve aka Pull Rank, last year released a mini-apocalypse of an EP during the dead of December. It came in the form of Relic, an abrasively hypnotic six tracker with influences ranging across electronic, experimental, industrial, techno, punk and metal. An intensely relentless ride from beginning to end, its a work of almost nihilist beauty as Fairgrieve, in a tick under 20 minutes lays waste to the absurdities and cruelties of modern existence and exposes the same absurdities and cruelties practised upon humanity by ascendant and faceless elites. These elites, almost to a tee exclusively male, through a historical and contemporary cult of toxic masculinity and the exercise of hidden power achieved by the promulgating the illusory lie of agency and freedom, own the exclusionist hydra-headed power for power’s sake monopoly capitalist system we all are forced to endure.

Notwithstanding monopoly capitalism’s historically racist, sexist and classist context, neo-liberalism has added to its sinister nature by forcing us to eat away at our own environment, freedoms and whatever power we have left. All in the fruitless search for a meaningless existence driven by constant growth and false aggrandisement. Uniformity of thought is achieved by bringing people to heel through constant surveillance of and on human action and thought. It also is aided by pernicious undermining and narrowing of culture rendering it simply commodification and then shelving any meaning it might possess somewhere below thoughtless accumulation in importance.

Influenced by Albert Camus, all six tracks encapsulate and extrapolate on the ideas contained in his 1942 book “The Myth of Sisyphus”. Fairgrieve rails against the futility of modern life’s tendency to jump to constant judgement and its demand for accountability through uniformity, which in turn drives those below into a constant thirst for inclusion and acceptance from an unethical and unworthy system unwilling and unable to truly deliver it. That same faceless system encourages a rigged from the start form of warped competition no matter how unfair the contest and dire the consequences. To constantly strive can only mean constant failure.

The system has little time for and softly yet crushingly punishes what it sees as weakness and failure even though strength and success as they are currently measured are neither of those things, if indeed those two concepts even mean anything in any case. Its clever manufacturing through ignorance of fear and loathing is meant to categorise, divide and exclude matching the emotionally manipulative ways its distracts people from ever truly knowing . Such a system can only exist in nothing but the theatre of the absurd, its actors so distracted that they are unable and unwilling to recognise what is happening and what they are truly feeling. Such is the state of the modern world.

While seething with loss and anger, Relic’s narrative is also hopeful in that it also supposes and encourages the central theory contained in Camus’ idea of true living, an idea that can only be realised through active and passionate revolt. That idea involves freedom, achieved through a true understanding and acknowledging of the fact that we live a life in a system full of contradictions and absurdities. The answer therein lies both in the exposure of such and then in the letting go, that the idea of nothing is the idea of just being. Listen to the EP’s rasping positing opener, ‘A Ploy’ and the urgent call to arms ‘Fight’ below. Order Relic on cassette or digitally through Clan Destine Records here.