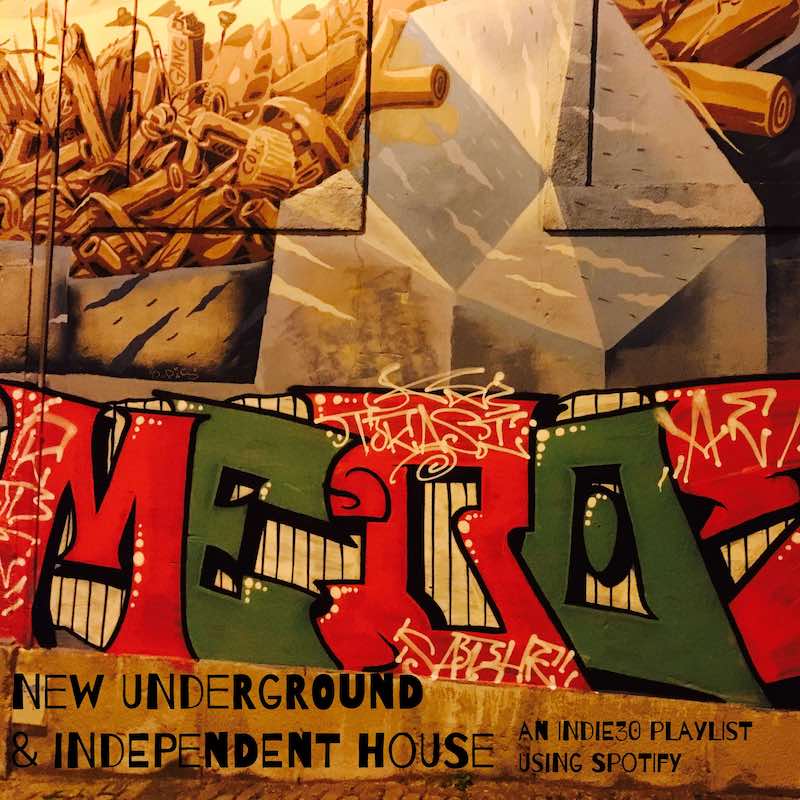 We begin our current edition of our New Underground and Independent House music with two releases from Los Angeles left field House label 100% Silk. Last week the Britt and Amanda Brown owned imprint dropped the long awaited seven track “dance floor union” between Los Angeles based and Tallinn born electronic artist Maria Minerva and the late left field experimental House producer Chelsea Faith Dolan aka Cherushii who tragically passed away along with 35 other beautiful souls in the Oakland fire of late 2016. We cannot think of better way to kick off this playlist than with the EP’s thrilling yet poignant opener ‘A Day Without You’. Aptly following that is the delicate and subtle groove of 10 minute House wonder ‘M. Baysden’ from Portland Producer Brandon Knocke aka Body-San. It’s from the Midnight EP, another new release from 100% Silk.

Joe Goddard, one half of the electronic pop duo Hot Chip he began back in 2007 with Alexis Taylor. Goddard has a new EP out on Cin Cin called Jack Come Back and the super smooth cut ‘Mobieus Trip’ from it leads us off. Leon Vynehall’s 26 track DJ Kicks edition for !K7 was released last week and from it for this playlist we’ve included Crinan’s busy yet chilled jaunt ‘Kilamanjaro’.  Marc Houle follows with the House side ‘Car And Driver’ off his new two tracker for Dirtybird, Min & Soda. You can find the title track in out New Techno playlist.

These five tracks are followed by releases from London producer Mark Broom and the mysterious Brother Nebula. Then we have two left field experimental House cuts. The first is ‘Artist’ from the enigmatic London producer and head of Batty Bass Records Hannah Holland from her new release Mutualism. The second, the electro and canine influenced ‘Tyco69’ comes from fellow Londoner Neana off her new record Renegade Lakes.

Vancouver producer Neu Balance follows with the excellent live cut ‘I Neva Neu & Lapras’ off his new album In My Life, I’ve Loved Them All which features substantial vocal contributions from Toronto artist June Moon, aka Forever as does South African duo Zipho & ChriSoul Inactive with their new track ‘Loved You’ which we featured here earlier this week. French producer Folamour is next before Italian duo Underspreche enter the fray. Veteran Berlin producer Anja Schneider is next with the Tech House infused ‘Enclosure’ before Italian producer 1979 follows with his smooth minimal synth based new track ‘Wales.

Access the regularly updated 30 track playlist below or if you prefer you can find it at spotify’s webplayer here. Make sure you FOLLOW it if you have not done so to stay up to date with the latest in all things underground and independently released House music in all its many and varied stylish glories! And remember, don’t despair if we remove a track you love because you can access every track turned over from this playlist at our 2019 House Playlist here. It’s 72 tracks deep already and its only February!

You can find our Spotify profile with access to all seven of our new music playlists and their 2019 counterparts here.