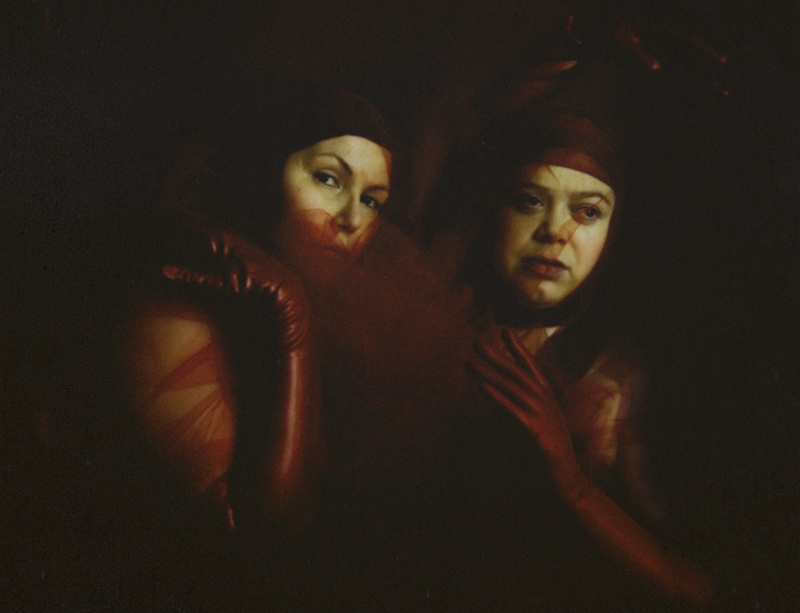 Acclaimed Finnish artists Astrid Swan and Stina Koistinen (Color Dolor) have joined forces for a new experimental and chamber pop project simply named Swan/Koistinen. Due to deliver their debut EP in May titled Symptoms & Management, last Friday saw them release ‘Diagnosis’, its sparse and surreal but richly intense first single. An experiential and personal collaboration that traces and unites both artists’ long and incredibly difficult experience and battle with cancer, the project also marks a period of quiet celebration for the pair in that their respective treatments are keeping the sinister diseases at bay. Subsequently, this is an EP about documenting through sonic and visual art, the fragility and pain of living with a potentially terminal illness, the engulfing nature treatment and management and how it feels to become “a subject of medicine”. At the same time it’s also one about defiant survival as well as a deep appreciation and celebration of life itself.

Koistinen and Swan have been living with and fighting brain and breast cancer for nine and five years respectively. Koistinen has gone through four brain surgeries, three courses of radiation and currently lives with hormone replacement therapy which is currently keeping the cancer inactive. Swan has endured three operations, two rounds of chemotherapy and one of radiation therapy, has been on hormone blockers for the entire five years and is currently undergoing intravenous maintenance therapy every three weeks rendering the cancer at present non-existent. The courage and tenacity of both to deal with all this and the cancer itself is simply beyond inspiring. Artistically for the pair, the period has coincided with Koistinen releasing three albums as one half of the avant-garde Finnish art pop duo Color Dolor, the band she founded in 2011.  Swan meanwhile, released the latest of her five solo albums From Bed And Beyond in 2017 and in the process won the Teosto Prize, Finland’s most prestigious music award for which Color Dolor’s latest effort Love, released last year is a 2019 nomination.

Only another person who has been through the acute physical, psychological and emotional suffering cancer and its treatment brings could truly and remotely understand what these experiences are like. In each other, the project allows Koistinen and Swan, to not only share such experiences, providing the insight and solidarity needed but as artists, it also gives them the opportunity to share with others in what is still a most difficult subject for many to talk about. One of the most difficult things with life threatening illnesses like cancer is the loneliness and the lack of true connection and understanding from those around, and sometimes that includes your closest friends and family. Symptoms and Management is therefore an at once powerful, cathartic and educative work and a call to listen and give more agency to the sick, the vulnerable and the marginalised.

Co-written and composed by both artists and engineered and produced by Swan, the EP also has the considerable talents of Canadian avant-garde composer Owen Pallett on board for the string arrangements to complement its central focus on vocals,  piano and electronics. A variety of field recordings made inside a hospital are also subtilely utilised, an indication of how total such an institution becomes in the life of the seriously ill.

An important work on multiple levels, Symptoms & Management will be out in May on Soliti Records. The EP will also appear in visual album format directed by photographer Tekla Vály who is also responsible for the photo of the pair above and the cover art for the single below. Listen to EP’s impressive opener ‘Diagnosis’, below, a disorienting representation of the mental space between hopeful denial and crushing reality. You can also find it currently heading up our New Experimental and Electronic Playlist on Spotify here.

From the forthcoming EP, ‘Symptoms & Management’, Soliti. Out in May.