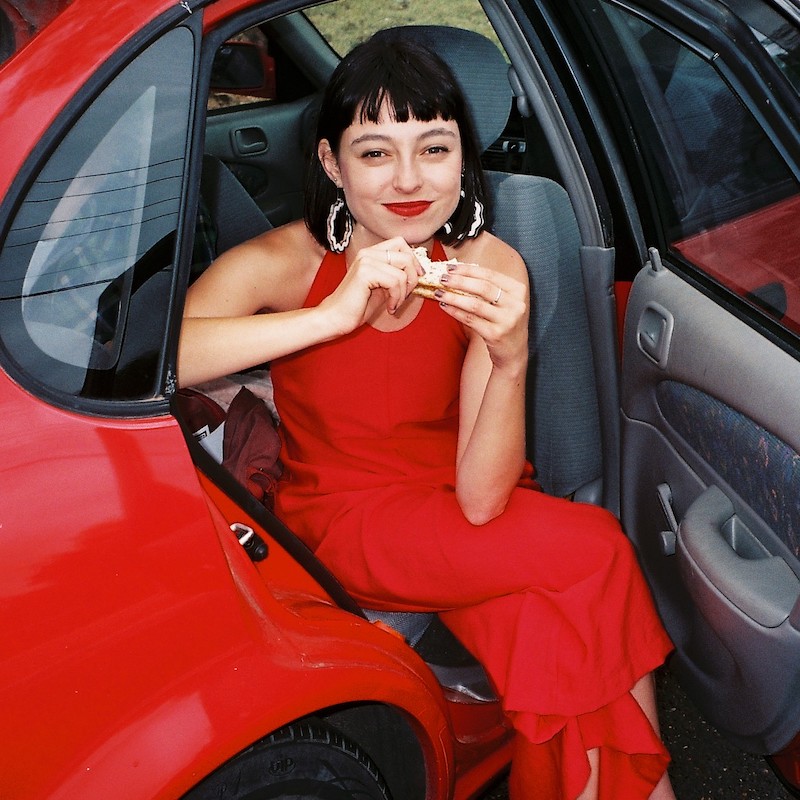 Last week Fremantle artist Stella Donnelly shared the last single ‘Tricks’ from her wondrously acerbic, socially critical and at times deeply personal debut album Beware Of The Dogs ahead of its release this Friday. Through a playful pop lens, the single takes aim at the sexist double standards and lack of power female artists and women continue to face and experience from the male dominated music industry as well as the growing ugliness of racism, sexism and intolerance at the heart of overt forms of Australian nationalism. The album’s title, as Donnelly pointed out to the 405 in a January interview, stands as a cautionary reminder that a smug sense of racist superiority, toxic masculinity and sexist entitlement has always existed deep within the Australian psyche. These factors have provided the basis for the recent backlash against feminism and the rights of women in the wake of the #metoo movement, the attack on multiculturalism and the reputation of refugees and the ongoing denial of justice for Indigenous Australia.

It’s the same self-delusional sense of white male superiority Australia (and all colonial settler societies) was built on. And the intrinsic racism that it produces has always been at the country’s core. Such thinking is also behind the sexism and almost sub-conscious lack of respect women receive in the music industry, not to mention in general. These are points Donnelly has often made when asked by the angle seeking mainstream music media, who find it either titillating or confronting when a woman speaks truth to power, about her unflinching lyrical intent. Indeed, the album’s cover says it all about Donnelly’s attitude towards past attempts by at best calculating and at worst manipulative and exploitative men in the music industry to shape, dilute, moderate or silence her expression. And that could be extrapolated out to all women.And speaking that truth to power, calling out imbalance and denial and those who exercise it accountable on every level is essentially the personal and socially critical essence of Beware Of The Dogs. But equally, it’s also about how an intelligent, self aware and emotionally sentient woman expresses her response to not only the manifest and obvious injustices that she sees and experiences but to the absurd thinking that produces them in the first place.

On the inflective, summery and lick heavy jangle pop of ‘Tricks’, with the economy of just two lines, Donnelly gives Australia’s anti-intellectual, self appointed flag and tattoo bearers a sardonic spray rather than caustic flogging and then proceeds to admonish the sexism she’s experienced from men in the industry by mimicking their shallowness. That’s after . And that is instructive in what it says about the nuance on display at the album’s socially critical centre. On tracks like the poignant and defiant title track and previous single ‘Old Man’ she uses and exposes the old, tired and flimsy arguments made by those who insist on victim blaming and gendered double standards and throws it back, often with vitriol. But rather than overtly railing against them, ‘Tricks’, with a few whimsically delivered observations and a cheeky laugh included, simply takes the piss out of a ridiculous visual manifestations of Australian nationalism and the sense of entitlement in music men. And you can almost sense her relief amidst the exasperation when she lays bare the needy insecurity and vanity that produced their ridiculous facade and tells them just to leave such meaningless shit alone.

Watch the video for Tricks co-directed by Nick McKk and the one and only Julia Jacklin below while the musically beguiling and lyrically empowering Beware Of The Dogs is out Friday through American indie Secretly Canadian. Buy here.

Tracklist: Beware of the Dogs

From the forthcoming album, ‘Beware Of The Dog’, Secretly Canadian.