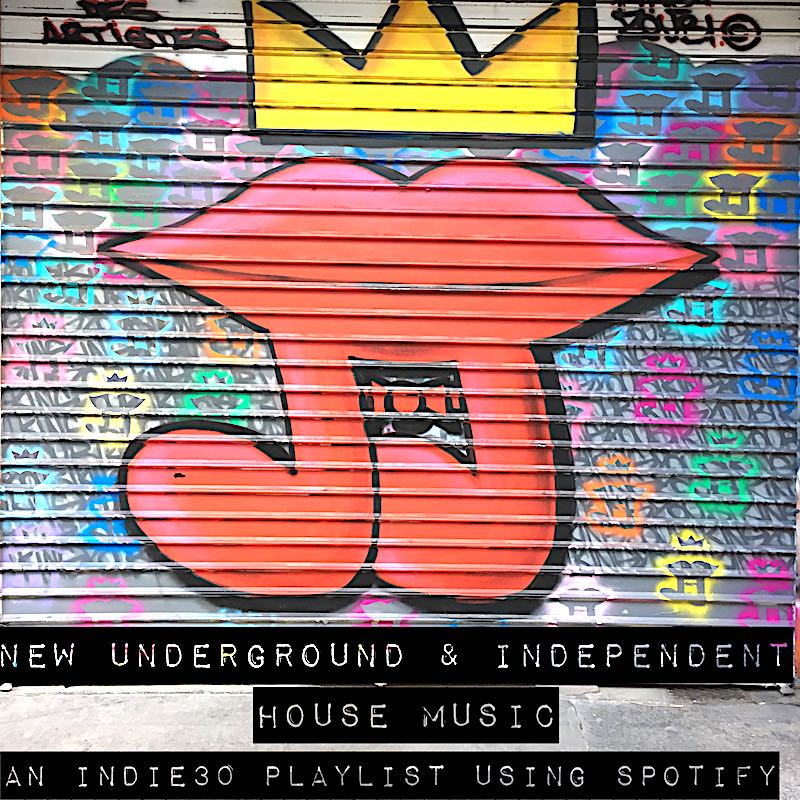 A seismic shift in our New Underground & Independent House Music Playlist with no less than half of the 30 tracks turned over in since late Thursday night. Unsurprising as yesterday was release day and there is such a plethora of diverse and stimulating House music around. We begin with the super smooth ‘Omen’ from German duo Monkey Safari from their new EP for Hommage, Playa III Omen and then follow that straight up with a track straight out of left field by Argentinian producer Lee Norris aka Norken. The glassy and aquatic ‘Western Soul’ comes from his new self titled EP. German producer Pascal Augner aka Beatamines follows with ‘Blue Dream’, the title track from his new EP while Berlin based Swedish producer La Fleur backs on to that with the techhouse driven ‘Hunting Grounds’ from her new 2 tracker Aphelion out on her own Power Plant imprint. Armenian duo Hraach and Armen Miran follow with some more smooth sound from the Caucasus in the form of the ultra deep house inspired ‘Armat’ from their new EP of the same name.

Not so much a new track but given its been a vinyl only release for just over two years, the news that Rick Wade has made his Admantium EP available to streaming services for the first time is tantamount to it being a new release. We feature from it the ultra supple yet disciplined old skool house number ‘Dig It’. Following that is the Swedish duo of Dorisburg and Arkajo aka Genius Of Time with the soaring yet patiently threaded together ‘Peace Bird’, the title track off their new EP for Running Back. Next up,UK & German producers respectively Pete Tong and Emanuel Satie have teamed up for a stirring new single ‘ Time For Love’ and that prefaces the dark and minimally menacing new wave infused ‘Hooligan’ from Renate resident Johannes Albert‘s new long player Lichtenberg, named after the East Berlin suburb immediately to the east of the rapidly gentrifying Friedrichshain. Pavel Iudin then picks up the pace considerably with ‘Faxing’, his contribution to the new EP, Field Of Possibilities Pt. 1 with Exos and Haventepe.

UK experimental electronic producer Kit Grill follows with the bright and adventurous ‘888’ from his new four tracker for Primary Colours, Surface before the left field house collective under the stewardship of Englishproducer Tom Kerridge aka Girls Of The Internet comes into aural view with the thoughtfully named and gospel styled ‘Fondness Makes The Heart Grow Absent’ available to stream for the first time since its release last year. Some scratchy infused soul nostalgia ‘Summer of 88’ from American producer Baltra is next before the upbeat ‘Spirit Dancer’ from Italian producer Aniello Federico aka Hollen. Steve O’Sullivan‘s gorgeously measured ambient contribution ‘Measure Twice’ to Audiophile Deep’s The Occupants Vol. 2 EP is next before Julius Steinhoff and Just von Ahlefeld aka Dionne, recently joined together again as Smallpeople for a new LP Afterglow and ‘Sonic Winds’ and ‘All States Of Dawn’ are in a a double play of the two singles to come from it thus far. is the

German producers Session Victim follow next with some breezy robotics in the form of ‘Taste Of Life’ off their new PE Dawn and London based producer Gianpiero Fiorin aka Phiorio backs on to that with the cool and deep wee hours inspired ‘Old Times Sake’. Next up in a Studio Barnhus double play is Peruvian born Berliner Sofia Kourtesis with Spaniard Kid Simius and Swede Kornél Kovács with ‘Ios Santos and ‘Rocks’ respectively off the Kourtesis’ current self titled EP and Kornác’s forthcoming album Stockholm Marathon. Lyon house producer Manoo then returns with the superbly propulsive ‘Kromosome X’ from his new EP of the same name.

Last week saw Belgian producer Locked Groove release his diffuse debut album Sunset Service and the sublime and cathartic Sunset Over Coku Tau 4′ is next. That’s before Fold‘s excellent swooner ‘Astral Planes’ from his EP of the same name for the wonderful Shall Not Fade enters proceedings. Following that is Canadian producer Demuir with his ode to dear France in the form of the The Paris EP. The groovy opener ‘Barres Laughs In Marseilles is our choice from it. Then German producer Nick Curly follows with the deep and melodic title track ‘Zero Love’ from his new two track EP for 8bit before Dublin based Saudi born aka Jamal Sulaimani aka Moving Still appears with the outstanding mid AM cut ‘3awiz Tramadol’ from his new EP for The Nail Shop.

Tony Papadopoulos aka Tone Depth has a new double A sided EP out called ‘Stitch/Obsidian Wire and the deep boundary pushing ‘Stitch’ is our pick and that’s next. One half of Hot Chip, Joe Goddard has been sitting pretty in this playlist a fair bit lately and for good reason and the hard hitting opener ‘Sacred Heart’ from his new release Pull The Plug follows. Canadian DJ/Producer HOSH has a great mix comp out called Become One @ Warung featureing 19 great tracks and our pick is the funk laden 6.AM from Dutch producer Karmon. Completing the current batch of 30+1 new tracks is the hypnotically deep arpeggio of ‘By Its Own Light’ by Dublin artist and producer David Kitt aka New Jackson from his new EP The Night Mail.

A great list but hardly any female representation and again, that’s not fucking good enough. Please get in touch with any female House producers who have recently gifted their music to Spotify and if good, will be added asap.

Access the list below and of you prefer the Spotify web player go here. All tracks removed from this playlist can be found in the House version of our Tracks Of 2019 Playlist series here. Enjoy and don’t forget to follow us on Spotify to stay updated with the latest in new music here.