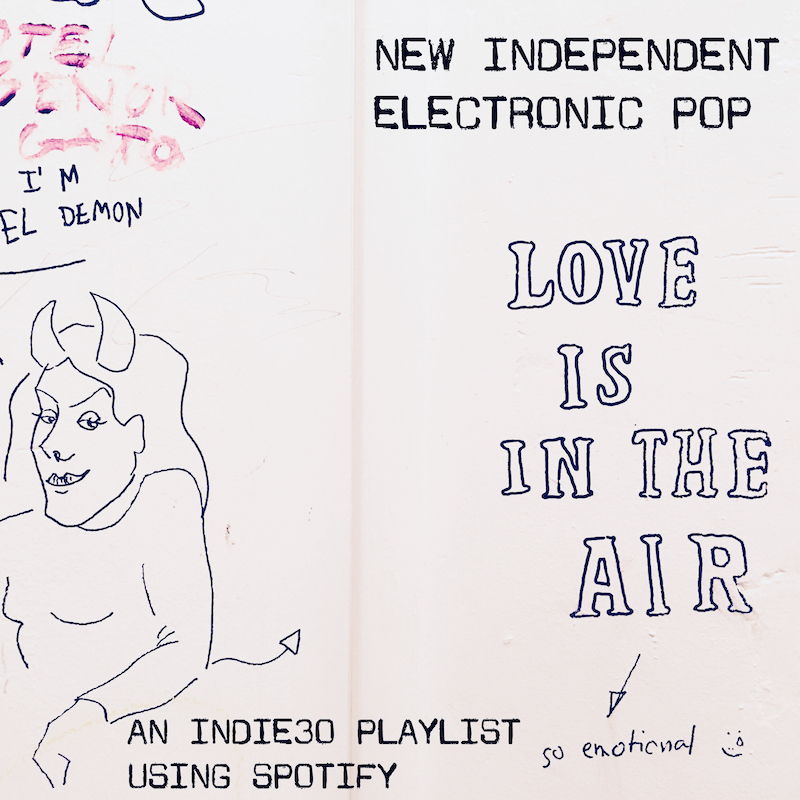 Faroe Islands born and Reykjavik based artist Janus Rasmussen, one half of the famed Kiasmos alongside Ólafur Arnalds has a new solo release coming out March 29 through Ki Records called Vil and the exquisite ‘Lilla’, the second single to come from it kicks off our current Electronic Pop update in the most perfect way possible. Immediately following Rasmussen is Oakland multidisciplinary artist Hether Fortune who has recently taken a definitive artistic detour from her previous musical forays with Wax Idols and White Lung with the powerfully dark yet hopeful ‘Forget The Night’. Amsterdam based Kalulu, the project coalescing around artist/vocalist/producer Marinka Stam is next with the amazing and majestically downtempo number ‘Kingdom’ from her forthcoming EP Coats out soon. Brooklyn’s Lindsey French aka Negative Gemini is next and continues to pull electronic, dance and pop music from lo-fi pillar to DIY post with her new single ‘Different Color Hair’. Following that is Toronto electronic pop artist Lydia Ainsworth with her glittering downtempo new single ‘Tell Me I Exist’ from her forthcoming album Phantom Forest out on May 10.

Wye Oak member Andy Stack has a new solo project called Joyero. His first single is the rattling haze of ‘Salt Mine’ and that is next. Following is Amsterdam artist BEA1991, who has an enchanting new single out called ‘My Own Heaven’ boasting a mixture of telling spoken word and deep and dexterous vocals and that fronts the electronic soul stylings of Chicago’s Jamila Woods with her authoritatively paced new single ‘EARTHA’. Two no caps releases next. Alyse Vellturo aka pronoun ratchets things up a bit with the sparkling yet defiant ‘temporary tantrum’ from her forthcoming album, i’ll show you stronger out May 24. Matt Kivel follows with his new single ‘l.a. coliseum’, an ambient piece of gorgeous and wistful soft pop. His new album last night in america is out May 10th on Cascine.

Greek born American artist Ioanna Gika completes the next set of 7 tracks with ‘Swan’, a track with an enveloping atmosphere and emotional depth. Her debut solo album is out April 5 on Sargent House. Spanish artist Isa Fernández Reviriego aka Aries is up next with the polymath electronica of the amazing ‘”Un gran puente” from her forthcoming long player Juramento Mantarraya, coming next month on K Records / La Castanya. The woozy ‘Colarate’ is next up from Parisian trio Dead Sea before Joan Wasser aka Joan As Policewoman returns with the soulful and delicately balanced ‘What A World’, one of two originals that will feature on a forthcoming retrospective release JOANTHOLOGY due in May. Brooklyn producer Alex Suarez aka LEFTI is then next with the house and nu-disco hybrid ‘Make You Mine’ off his new EP Discoteca. Melbourne electronic pop trio Huntly‘s ‘Reckoning’ from their diverse new album Low Grade Buzz. Brooklyn DIY artist Grace Ives follows that up with the rhythmically straight and thinned out atmosphere of ‘Mirror’. Her self ascribed ‘snakepop’ inspired album 2nd is out April 22.

Access the playlist below or if you prefer to use the Spotify web player go here. Every track removed from this 30 track limit playlist can be found in the Electronic Pop playlist, Tracks of 2019 series here.