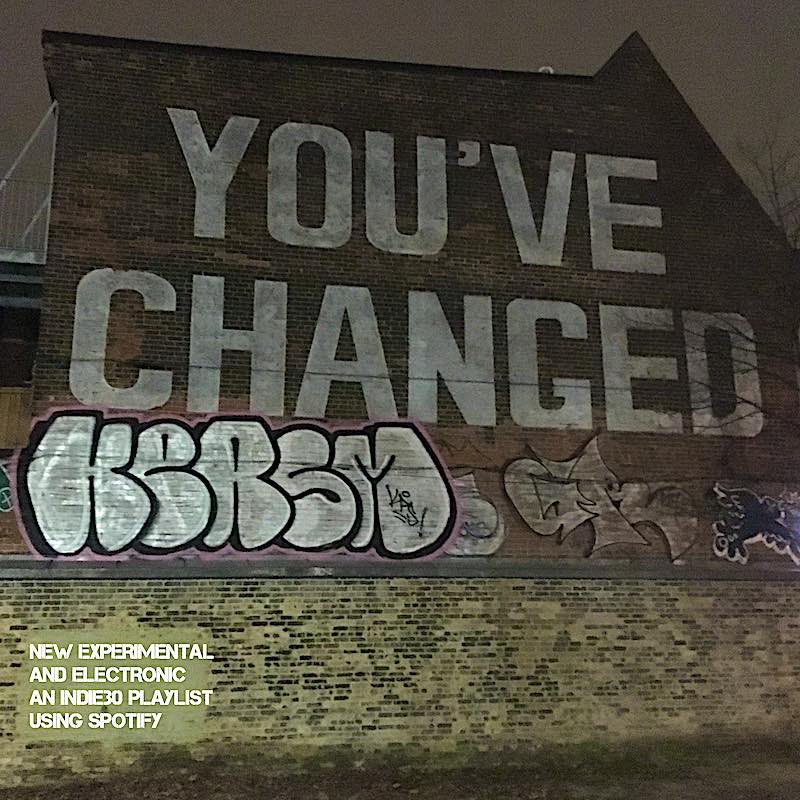 There has been a seismic shift in all of our seven playlists today (access them all here) to mark Friday release day and our Experimental and Electronic playlist is no exception. We begin with Vancouver and Berlin based Environmental Scientist, DJ/Producer and label founder Jayda Guy aka Jayda G, who has merged her intense love for and considerable knowledge of environmental science and music production on her towering debut album Significant Changes, released today. The electro bubbler ‘Missy Knows What’s Up’ is our pick to get this left field party started. Read more about Guy’s important exploits in both fields at Vice Publication, Motherboard here.

She is followed by another Vancouverite Patrick Holland, the man behind the Project Pablo moniker. Now based in Montreal, his new EP is called Low Wings and the cut we’ve chosen from it is the glowing luminosity of ‘Wildest Way To Go’. Then Los Angeles based harpist and producer Mary Lattimore and Merge Records founder Mac Macaughan front with the dazzling and jarring third part of their new four part album New Rain Duets. They are followed by Los Angeles based electronic experimentalist Sage Caswell. The spoken word piece of ruminatory ambience ‘Way Out West’ is from his upcoming album Evil Twin set down for release next week on 2MR. Veteran Brazilian electronic producer Amon Tobin is up next with the sitar dominant rattler ‘Vipers Follow You’, the second taste of his forthcoming first long player in eight years Fear In A Handful Of Dust. It’s out April 26 on his new label Nomark.

Leipzig-based producer Varum dropped his new electro inspired EP today called Shadow Copy. The scintillating closer ‘Funktion 3’ is our next track. That’s backed up by the deep ‘Untitled IV’ from the Polish combination of Earth Trax and Newborn Jr. off their new collaborative 5 track EP Ziema 001, which features excellent bookends from fellow Poles Private Press. The elementally spacious ‘Wild Chamber’ is up next from Dutch artist Teresa Torsing aka upsammy before English producer Jay Donaldson’s Palms Trax enters the list with a horizon inducing piece of percussively heavy electro ‘Love In Space’ from his new EP To Paradise for Dekmantel. The celestial yet crunchy 90s inspired electro of ‘Beyond Pulso-IV’ is next from Space Dimension Controller, the moniker of Belfast producer Jack Hamill. His new EP from R&S ReSEQ, drops next month.

American multi-instrumentalist and producer Spencer Radcliffe aka Blithe Field, who we first featured way back in 2012 on this site when he released the amazing LP Warm Blood, recently released his new and eight album Ward Unbending. And next is the crystalline inexorability of ‘Crumbling Sphinx’, the second track to feature in this playlist from it. Following Radcliffe is the warped frequencies of ‘Zinc’ from Viennese duo Austrian electronic duo Anna Müller and Paul Wallner aka HVOB. Their amazingly kaleidoscopic new album Rocco is a veritable smorgasboard of electronic experimentation. Continuing on we have the eight member London based Afrobeat outfit KOKOROKO with the multiple grooves and hi-lo stylings of ‘Adwa’ from their superb self titled EP. SAFE is the new EP from Jensen Interceptor, JEANS and Axefield. Each artist contributes one track each but we’ve plumped for the ultra busy and curiously named ‘Aquatic Lifefrms Alien Hybrid Evolvd’ from Dutch based Spaniard JEANS. Next up is the transcendental guitar driven new age ambience of ‘Gnawed On’, the opening track from the multifariously meditative Heavenish, the new four track EP on Aural Canyon from Austin based Future Museums, a rotating ensemble of players led by the indefatigable multi-instrumentalist, composer and producer Neil Lord.

Access the playlist below or if you prefer to use the Spotify web player go here. Every track removed from this 30 track limit playlist can be found in the Tracks of 2019 Series: Experimental & Electronic here.