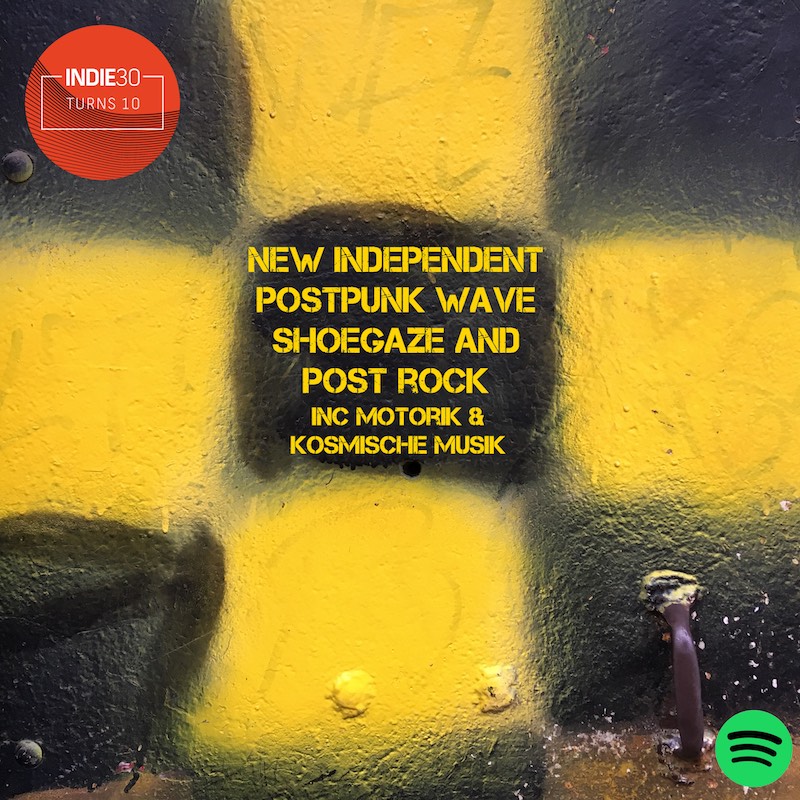 Welcome to the latest contextual update of our ongoing and constantly updated New Independent Post Punk Dark/Cold/Synth Wave, Shoegaze & Post Rock Playlist on Spotify. We’ve just clocked over 100 followers which is a nice little milestone to reach. Thank you to each and every one of you. You can join them here.

The first track in the playlist comes from Portland post rockers Coastlands. The slow moving and emotively swirling Morristown, Az comes from their new EP Milieu III. Randall Taylor aka Amulets guests on the track. Sydney post punk quartet Mere Women have a dramatic new single out called ‘Spell’ which will appear on their as yet unnamed fourth full length due later this year.  Memphis punk quartet Nots released their third album ‘3’ and the full throated closer ‘Built Environment is taken from it. In post rock parlance, Portland is definitely the place to be this week as another band from that fine city joined Coastlands in releasing new material. Powerful and containing a myriad of heavy and soft textures, ‘Out Of Time’ is from History Is Violent, the debut album from Darkfield. The exquisitely melodic ‘Space’ comes from Stone From the Sky, Apart from the releases from Coastlands and Darkfield, There was more post rock on offer earlier this month coming from both from the east coast of the United States and the north west of France. Warwick Rhode Island outfit Land Of Fires released a new EP featuring just two tracks that together run for over 30 minutes. The evocative 10 minute plus ‘Space’ is the first of the two. Le Mans trio Stone From The Sky released their new and second album Break A Leg on the same day and the voluminous and muscular delay drenched ‘Animal’ is the fourth track of six.

We missed the boat a little on the latest single from Denver outfit Kissing Party. Self released in the first half of April, ‘A Little Star’ is a mixture of angular new wave with an insistent motorik like rhythm. Back to May releases and the enveloping wistfulness of ‘Oil Rigs’ comes from Brisbane shoegaze outfit Local Authority. Th sun kissed melancholy present in their vocal harmonies could come from nowhere else! There’s more shoegaze on offer from Philadelphia’s So Totally in the form of their dreamy yet punchy opener ‘Sike’ from their new album In The Shape Of… Rounding out the first ten tracks of the 30 is more shoegaze from Malmö outfit Spunsugar. Wrapped in a wall of noise is the melodious ”I Shouldn’t Care’which will appear on a four track EP the quartet are currently in the studio completing.

Access the playlist on Spofity’s web player here or below and ensure you follow to keep abreast with developments in the world of independent music across these genres. If you’re windering what happened to a favourite track that was replaced in this list of 30 recently, all 270 tracks removed this year can be found in our our Tracks of 2019 Series: Post Punk Wave Shoegaze & Post Rock here.